Abigail Taylor, a senior at Franklin High School in Elk Grove, California, is starting a petition after watching the school’s special education students clean up after the mainstream students for the past three years.

In the opinions column of Elk Grove’s local paper, Elk Grove Citizen, Taylor explains the school’s practice of having students with disabilities pick up trash around campus:

Every week, students from the special education class at Franklin High School spend sixth period picking up trash, washing windows, and sorting recyclables. Yet, while they perform these menial tasks, typically-developing students sit in their classes, learning. It begs the question: in our modern world of inclusion and progress, why are students with disabilities still left to clean up after the mess of others?

So far Taylor’s petition has received more than 350 signatures from both parents and students.

Administrators from the school district told the Sacramento Bee the students are not performing the functions of the custodial staff. Instead, the program is meant to teach “soft skills” like how to follow rules, keep to a schedule and accept criticism. However, Taylor finds the program “demeaning” and that it puts down students with disabilities, making them appear “inferior” to their classmates who don’t have to pick up trash or sort the recyclables.

Not everyone is outraged by the program. Responses on Facebook to Taylor’s op-ed have questioned how “demeaning” the program actually is.

We need to teach our youths that every job is important and needs to be done, and regardless of who they are, they are providing a needed service so that helps everyone so do it with pride. Labeling it demeaning is wrong.

My daughter went to Franklin. I asked her about this. She said she completely disagrees with this article. The kids aren’t being made to pick up trash; parents enroll them in the class and sign a consent form. She said nobody she knew on campus viewed them as the special kids who pick up trash, and judging by how the kids acted, they enjoyed the task. My daughter said she would routinely chat with the kids in that class, and they all were happy and liked the class.

According to The Sacramento Bee, a meeting is planned for August to discuss the school’s program. 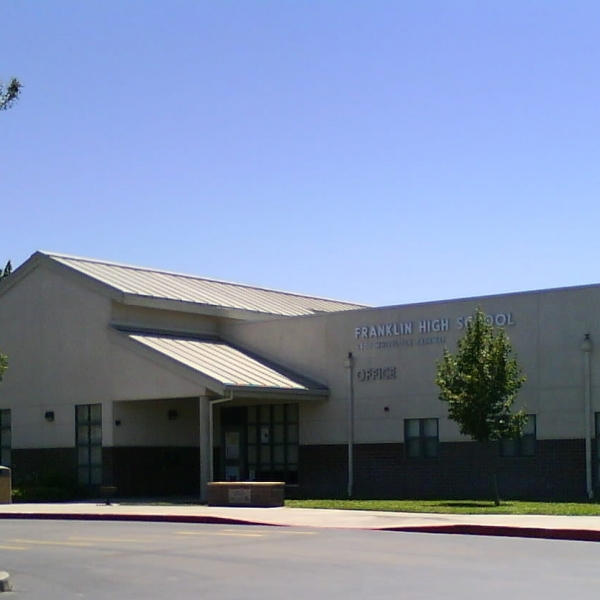