I’m Thankful My Son With Down Syndrome Was Born in 2016, but One Thing Needs to Change

If you’ve read any of my other posts on Down syndrome, you know I have accepted and embraced my son Augie’s diagnosis and did so very early on in my pregnancy. It’s just part of who he is.

One thing I didn’t know or expect when the geneticist first shared he had Down syndrome was that his extra 21st chromosome could potentially cause health issues, mainly heart defects and gastrointestinal issues. 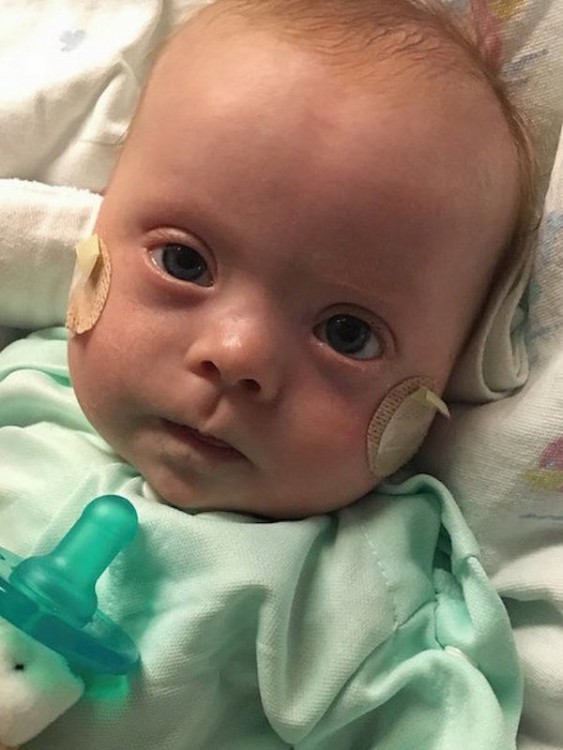 Not all kids with Down syndrome or other chromosomal anomalies have health issues, but it is pretty common. And it’s so hard because (for Augie) it’s meant multiple surgeries, lots of pokes, frequent doctor visits and hospital stays. So as I started this blog post, it was primarily around the health issues — and frankly, complaining about them. Why does an extra chromosome have to be accompanied by health issues, I asked.

But as I thought about it more, I realized health issues come with being human, regardless of how many chromosomes you have. Yes, because Augie has Down syndrome, he is more prone to heart defects and other issues. But we, as humans, are prone to many different illnesses, diseases and health issues.

So instead of complaining about why his extra chromosome is accompanied with health issues, I’m thankful he was born in the year 2016 when we have remarkable technology and medical professionals to treat those various health issues. It is more possible and plausible than ever before to move from major health issues to non-issues.

If my son had been born more than 30 years ago, his life expectancy would only be in his 20s at best, according to the National Down Syndrome Society. Now, individuals with Down syndrome live into their 60s, and who knows how that will further improve as Augie gets older. And this has to be, in large part, due to medical advancements. It’s amazing what can be done nowadays. I’m seriously in awe of the medical staff that care for Augie. What they know, what they can do, the technology that is available to them. Seriously. In. Awe.

Early intervention services to focus on gross and fine motor skills, communication skills and more are helping to ensure quality of life is also improved. Not only are individuals with Down syndrome living longer, but they are living fulfilling, good lives.

And the steps we (as Augie’s parents) are taking early on can have a tremendous impact. That doesn’t mean there won’t be challenges and struggles. There will be. Augie may have to work harder to achieve the same milestones as other kids his age. And there may be some things he just won’t be able to do. And that is OK. He is diverse. He’ll have his own strengths and weaknesses, just like the rest of us! I will always be there to champion him, encourage him and celebrate his victories.

The thing that is lagging behind in this year of 2016 — the thing that needs to catch up to the medical and therapy advancements — is society’s perspectives on individuals with Down syndrome. There are many outdated perspectives, some of which I had myself before further educating myself in preparation to raise my son.

There are stereotypes associated with Down syndrome, and many people automatically associate various mental and physical delays with those words. Assumptions about abilities are preconceived. Lack of intelligence is associated with communication struggles. And more.

As human beings we fear the unknown. Most of us like routine and normalcy (however we define it) and comfortableness. So when something or someone is different, we don’t always know how to respond.

But here’s the thing: Perspectives can be changed. Do you fear the unknown? Then, make it known to you. Educate yourself. Ask questions. Don’t make assumptions. Be open-minded to what you might learn. Individuals with Down syndrome are capable human beings. Their extra chromosome makes them diverse, not lesser than anyone else.

Here is my commitment to you as my child’s advocate. I will not judge you when you ask questions, I will always respond with grace, I will gently correct or educate as needed and I will share new perspectives with you.

And as I raise my son, he will learn the same from me. So will my big kids. To love, not judge. To embrace differences. To ask questions. To respond with grace over anger. To not fear the unknown. To give all people a chance. To make all people feel valued.

And I hope that society will do the same for Augie. 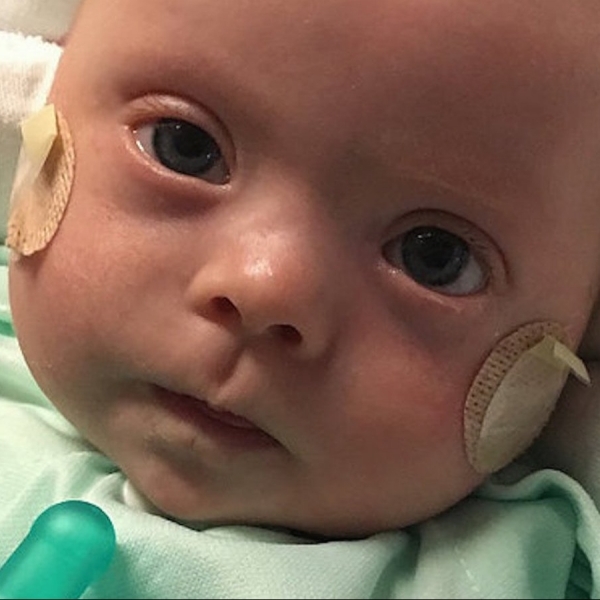