I Felt Shamed Into Silence With My Invisible Illness

You are not unreliable. Your health is.

By fifth period, I was gone. The room would spin, and my head felt like it had the weight of a thousand pulsing suns crashing down on top of it. My vision blurred and the walk from the doorway to my seat on the other side of the room felt like a 10-mile run during a dust storm. Once I was finally seated, my illness would roar and my head would pound. The test placed before me did not exist, for I did not exist. A tornado had twisted my thoughts and sucked me in long ago. I was no longer there. I would repeat the first question over and over again, forget what it was and go back to it. Then repeat. This would happen for minutes at a time, but the tornado erased my memory each time and took every other part of me with it in its path.

Time worked differently in the world of chronic illness.

The 45-minute class felt like a three-hour class. 25 of the 50 multiple choice questions before me would end up being randomly bubbled in. The white tiles below my desk are still engraved in my brain. I had memorized them because I could not manage to find the strength to lift my head to view anything else.

I cancelled plans that Friday afternoon, hoping I would not have to leave again, and my trembling and aching legs would be strong enough to walk out the door and escape my room.

“Sometimes you just need to push yourself; part of life is doing things that are hard.”

“What I’m trying to say is, students lie. How do I know you’re not making an illness up to get out of work?”

“You look fine to me. Weren’t you just out with a cold?”

The thundering in my brain, striking of lightning, pouring of rain would attack at once, striking my entire body as I would repeat the words, “I can’t do this anymore” to myself. I couldn’t do it anymore, but I did. I always did.

An unnamed, undiagnosed, faceless disease was draining the life out of me. In spite of this, I persisted and went through the motions of somebody who was well in their daily routine. My chronic illness was consuming; the simplest tasks sucked the energy out of me. I rarely complained, and when I did, nobody believed the severity of my sickness. Eventually, I stopped speaking up at all, not being able to tolerate another individual invalidating what I was forced to endure. Even doctors doubted my symptoms since they could not initially identify a cause.

My invisible illness was very much visible to me, yet I was shamed into silence. I envied those who could fall apart with no consequences. These were the individuals who were able to express their hardships to the world without blame. They were able to identify their broken pieces and had the means to fix themselves. I walked around cracked because I was forced to repress and conceal the difficulties I faced.

I survived the frequent viruses and health issues that occurred. Towards the end of high school, I regained my health. When I shared my story, very few had noticed or recognized that there was a difference in me.

This experience has taught me to always validate the emotions of other struggling people. While I may not know their exact battle, big or small, it matters. If an event makes a person feel something, it is important. Looks can be deceiving and anybody can feign wellness. Everybody is in need of support and love. Sometimes just the words “I’m sorry you are struggling” or, “I will be here for you” can be everything. You do not have to have all the answers, but showing sympathy is imperative.

To anybody enduring an invisible battle of any kind, your experiences do not have to be seen to be justified.

Share
or  Copy Link
Link copied to clipboard.
Be first
356 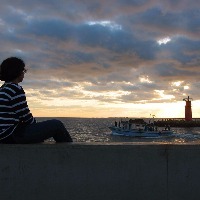