Unless you’ve faced death early in your life, most people believe themselves to be invincible, believing they won’t have to fear death until they are much, much older. The majority of people my age have only experienced death from afar — a friend of a friend, a grandparent, a long-lost relative. But for the sake of this post, when I’m talking about facing death, I’m talking about a first-hand experience — when you stand toe-to-toe with death yourself.

Usually those younger than their mid-30s possess the certainty of living until they’re closing in on their 90s. They may think nothing will happen to them. Tragedies are only in the movies, far off lands and only found in the news. With this view life, I find comes two responses. The first is that death won’t find you, and therefore you can take on the world and test your luck. You can do anything and everything and hope that the worst that’ll happen to you is a broken bone or two. The second response is that you have plenty of time to get things done. Things constantly get put off. You continue to dream, but you’ll find a better time to live those dreams out. Focus on the here and the now.

The latter form of thinking was me. I’ve always been a dreamer, but felt I had to be practical first. Things or people always got in the way. Excuses upon excuses kept building up and my dreams kept getting pushed to the backburner.

Then the unthinkable happened. A freak accident. My small intestine twisted up and became necrotic, and if it had not been caught when it had, I would have died. I was so ill going into the emergency surgery that I didn’t even realize what was happening. It was when I was going into my second surgery a week later that I had realized how serious this all was. I was laying on the surgical table, and my surgeon came to talk to me before they put me under sedation. I will never forget that moment. Looking up at him, I could see it in his eyes. The sadness, the hopelessness. I could tell just by looking at him that he thought I wouldn’t make it out of the surgery alive. Tears rolling down my cheeks, I told him he needed to make sure that I survived; I wasn’t ready to die. My view on life has changed since those days, and I really want to share with you guys what realizing that I’m not invincible has taught me.

We all dream. We all want big things for our life. I’ve had to give up on some big dreams: going scuba diving, running a 10k, getting pregnant again, living in Africa. Some dreams are easy to give up, and others are ridiculously hard. My heart still hurts, and may never stop hurting, that I can’t get pregnant again. I’ve also come to realize that I need to start taking advantage of the life that I do have left. I’m crossing off things on my bucket list that I’ve put off for so long.

OK, so I may never be able to go scuba diving for fear that I’ll get an infection from the bacteria in the ocean, but I’ve had other dreams brewing for a long time. I’ve had the opportunity to cross a couple off my list already this year that honestly, I would’ve put off even longer if I hadn’t become sick. I have to plan for things differently to make sure I don’t get too sick, or plan that I do nothing for a couple days after knowing that I will be very sick. But, at least I know to plan for them. Life looks different now, but I still have to take advantage of my time here on earth.

2. I look at my loved ones in a very different light.

I do my best to invest in the relationships that have always been there, and putting more time in relationships that I want to see grow. I almost made my husband a widower, my daughter motherless, and my parents bury their only daughter. These are things that are always close to my heart. Not as something that devastates me, but as a reminder to really prioritize these relationships. I say sorry when I’m being a jerk, I never leave the house without saying I love you, and I get in all the hugs and kisses that I can. You really never know when the last ones will be.

3. I’ve learned to not fear death.

I have a strong faith in God. I believe that when I do die, I’m going to Heaven. But I really do think that if God saved me from dying, there’s a reason for it. I’ve come to the point where I’m not scare of dying, but more scared of leaving people behind. I think that’s what helped me be so strong and fight for my life — the people I knew that were waiting for me.

4. Now I’m learning to not be afraid of living.

I think this is honestly one of the hardest ones for most of us who live with a chronic illness. I said earlier how I’m working on crossing things off of my bucket list, but those events only come a few times a year. Those are the big things that you plan for. When I talk about living, I talk about the day-to-day life which is so hard for us to face. I guess this point has less to do with realizing I’m not invincible, and more about embracing my life with chronic illness. I’ve come to realize that life is ridiculously short and I don’t want to waste it sitting at home all the time. Thing is, if I leave the house, I will pay for it later that day, the next day, and sometimes even longer. But, I keep having to remind myself it’s worth it. I sometimes literally have to force myself to go out, even if it’s just for a coffee run. I’ve made a goal for myself to make plans with friends at least once a week. I never regret making plans, even if it knocks me out for days. I can’t live the rest of my life cooped up in my house, no matter how terrible I feel.

Yeah, being faced with death sucks, for anyone, but we also have a little nugget of wisdom and insight on life that not everyone gets. Take advantage of that and live. 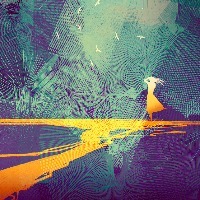