Why I Choose to Write About My Chronic Illness

Writing about my health so publicly can be a really weird thing. Even a few years ago, I would have never dreamed about doing it.

Health is something most people consider to be really private. But now, in pretty much every health community, we’re seeing more and more people “coming out” to share their lives and experiences with the world.

I read something last week that said people sharing blogs and posts about their challenges with hot-button health problems is a form of shameless self-promotion.

I don’t think that’s fair or true for the majority of people that choose to do that. But then, I’m not really able to talk for anyone else. All I know is it’s not the case for me.

For most of my life, I would lie about the extent to which I was unwell — basically hiding it as much as I could possibly do (depending on the severity of my symptoms).

I guess part of it was that I really never thought it was anyone else’s business, but the other part of it was not having a diagnosis until I was 21.

Rather than actually realizing there was something systemic going on, we just thought my body was a bit weird.

That’s kind of a funny thing to think about, really. With the constant pain, frequent dislocations and fatigue, we never thought it was anything. It was a long time ago.

The other day, I realized I have been dealing with chronic health issues for the better part of two decades. That’s a bloody long time.

Granted, when I was super young, my ability to dislocate my knee didn’t cause me any pain — it was my party trick.

Even after I had my diagnosis, I generally only told people when it served a purpose. For example, to miss a class at college, we used to have to provide a letter from our doctor. Every single time. We had an attendance policy, and if you missed 20 percent of your class, you would fail it. Well, the nature of my health problems is that I never know what or when something is going to happen, and about 99 percent of the time I don’t go to the doctor. I just deal with it myself. My mom actually had to call my college to explain this, and eventually, I got out of having to deal with attendance as an issue.

I remember one day going onto my campus with crutches (my funky blue and purple ones) and splints that were covered in multicolored tape to hold my joints in. Everyone just stopped and stared and asked what the hell had happened to me. I think they thought I’d been in some kind of car accident.

After first joking I’d been in a fight (you should see the other guy!), I realized I actually couldn’t say anything other than “my body has just decided to go on a bit of a holiday.” Nothing had actually happened. People found this confusing. And while I understand it, it’s one of the hardest things to deal with. People looking at you and not seeing and not understanding.

Over the years, I’ve had to leave educational opportunities, miss out on trips, go on trips and cry in the bathroom, leave internships and quit jobs because my health started to flounder.

At one point, it all started to get a bit too much, and I started to write a blog that I didn’t expect anyone to read. But I found it extremely cathartic. That old blog, which doesn’t exist anymore, was pretty much a mind dump, and it really helped me to find ways to figure out how I felt about what was going on with my body. It was a way to vent to the only person I knew who really understood. Me.

Even just a little bit.

Share
or  Copy Link
Link copied to clipboard.
Be first
32 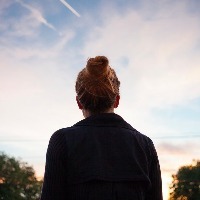