To the Friend of Someone Who Recently Became Chronically Ill

Becoming sick is never easy; whether it’s something temporary like a cold or something chronic, it sucks to be sick. When we get sick, friends are usually the ones who keep us going. Bringing over soup or just sending a “get well soon” card can really boost the spirits. But when we don’t “get well soon,” tensions start to form for some of those friendships. Friends can sometimes probe, “Why aren’t you getting better? Aren’t you over that yet? Can’t the doctors just give you something?” Some people are less willing to keep giving their support when the illness doesn’t go away. So I am writing to the friends of anyone who has just become chronically ill. A friend who you met when they were healthy, but maybe isn’t that way anymore.

When someone you love doesn’t get better, it can be hard, to say the least. Those closest to us aren’t always easily fooled by a quick “I’m fine.” Our closest friends see through this — they see how sick we really are, how much pain it causes us daily and the struggle of it. Sometimes this pushes friends away. Some people for whatever reason remove their support when things get tough without a clear sign it can get better again. It’s hard to see someone you care about go through something like chronic illness.

It may seem easier to “wait it out” and tell yourself that you will go support them once they are well, to assume this is just a blip in the friendship. Sometimes you tell yourself that you should leave them to deal with it, that you don’t want to add to their stress or maybe you just don’t know how to help or even talk about what has happened. To these friends I say that not everyone gets better. Sometimes it’s more than just a cold. Sometimes being ill becomes a reality for daily life. But when you avoid us for whatever reason, we notice. We notice if you just aren’t there in the same way, or sometimes at all, once we get sick. We notice when it started and start to blame ourselves. We worry about what we could have done to chase you away and trudge on through this illness alone without your much-needed support.

It’s hard to go through chronic illness, but it’s even harder without your friends. Nothing is worse than leaving doctor’s offices, consultations and even waking up after surgery with no one to talk to. After going through all these things for the first time, you want someone to talk to. You may feel you don’t know enough about what we are going through to help, but in the beginning you know about as much as we do.

So to the friend of someone who has recently become chronically ill I give the following advice: stay. Chronic and incurable are not the same as terminal. We are still here, living, breathing, trying to cope and have as normal a life as possible. Things aren’t as different now as they seem. Sure your friend’s life has just taken an unexpected turn, but that’s no reason to leave or shy away. If you don’t know how to help, ask. It is always OK to ask what your friend needs, what to do and how to talk about their illness. They are still the same person and you can still talk and laugh like you always do.

Chronic illness isn’t the end of life and its joys, so please don’t let it be the end of friendship. 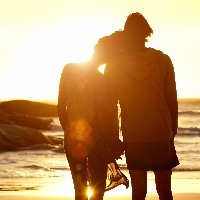