Update: In October 2018, NMU reached a settlement with the U.S. Department of Justice’s Civil Rights Division, which found that the university’s policy was discriminatory against students with disabilities, according to The Mining Journal. The school will pay $173,500 split between the four students named in the agreement. NMU was also ordered to draft an ADA/Non-Discrimination Policy and remove its self-harm policy from its websites.

On March 25, 2015, Katerina Klawes, a student at Northern Michigan University (NMU), received an email from the school’s associate dean of students, Mary Brundage, telling Klawes she was prohibited from talking to her peers about any suicidal or self-destructive thoughts she might have. Discussing these topics with other students, Brundage said, would be in violation of the school’s “self-destructive policy,” and could result in disciplinary action.

“Engaging [sic] in any discussion of suicidal or self-destructive thoughts or actions with other students interferes with, or can hinder, their pursuit of education and community,” Brundage wrote in an email Klawes shared with the Foundation for Individual Rights in Education (FIRE). “It is important that you refrain from discussing these issues with other students and use the appropriate resources listed below. If you involve other students in suicidal or self-destructive thoughts or actions you will face disciplinary action. My hope is that, knowing exactly what could result in discipline, you can avoid putting yourself in that position.”

Klawes replied to Brundage’s email, asking if Klawes could respond to questions from her friends, also NMU students, who were concerned about her mental health. To which Brundage responded, “You can certainly talk to your friends about how you are doing in general and set their minds at ease. You cannot discuss with other students suicidal or self-destructive thoughts or actions. It is a very specific limitation.”

Klawes is just one of many NMU students affected by the school’s self-harm policy. According to the Mining Journal, between 25 to 30 students received a similar letter from the NMU administration last fall. In response to the school’s policy, Klawes launched a petition on Change.org, asking the university to change its policies. Within the first 24 hours, the letter had over 2,000 signatures.

After receiving word of Klawes’s petition, FIRE – a nonprofit organization dedicated to preserving the first amendments rights of college students – launched an investigation into the university’s policies. Following its investigation and additional complaints from students, FIRE sent a letter to the university in August, asking them to repeal their policy and apologize to any students who may have been affected.

NMU’s policy doesn’t just limit student’s constitutional rights, it promotes stigma and ostracizes those who need help. According to an email exchange shared by Klawes’s petition, one student dropped out of NMU in 2011, after threat of disciplinary action increased their depressive and suicidal thoughts.

“Communication with a friend is frequently the pivotal first step toward seeking help, and many students may be more willing to initially share their feelings with a friend than with a school official or therapist,” Dr. Mendel Feldsher, a psychiatrist who has worked with Monsour Counseling and Psychological Services at the Claremont Colleges, told FIRE. “The increasing prevalence of anxiety, depression, and suicidality in college students calls for increasing access to mental health services, not adding to stigma with a policy which promotes increased shame for the depressed and suicidal student.”

NMU did not respond to FIRE’s letter, prompting the organization to issue a national press release, to which the university responded on Friday. NMU posted a statement on its website stating the university has launched a “Mental Health and Well-being Taskforce,” and has changed the way it communicates with students regarding self-harm. The new letter, which lists mental health resources for students, no longer mentions any disciplinary action.

“If they changed the policy, it doesn’t seem to make sense with what students are telling us,” Will Creeley, FIRE’s vice president of legal and public advocacy, told The Mighty. According to Creeley, FIRE has received additional complaints from students since the start of 2016, around the time NMU alleges they changed their policy. “It’s only after we issued a national press release that we see the university scramble and say they haven’t been doing this since January.”

If NMU has changed its policy, it needs to let students know, Creeley said. “They need to make it clear that they will not threaten punishment for speaking to peers and then we can call it a day.”

On Monday, the university emailed students letting them know students are not forbidden from talking or writing to others about thoughts of self-harm. The university acknowledged, in an email shared with The Mighty by an unnamed NMU student, “that changes to the self-harm letter and protocol were not effectively communicated to campus in early 2016 when they took effect.”

The Mighty reached out to Northern Michigan University for comment and has yet to hear back.

Update: This post has been updated to reflect the nature of complaints FIRE has received since the beginning 2016, as well as an email sent by NMU to university students on Monday.

Related: Students Need to Be Able to Discuss Suicidal Thoughts With Their Friends 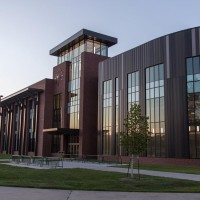