Alicia Keys is making headlines for not wearing makeup to the MTV Video Music Awards. Apparently people believe it is their right to decide whether this is the right or wrong decision. In reality, though, it’s her body, her choice to do what she wants and everyone should respect her for that. And not that my opinion matters (for real, it doesn’t), but she is gorgeous either way.

As a sick person who, without makeup, may look or feel a little drab, the way people are taking this non-issue and making it one really bothers me, especially towards a perfectly healthy person. I’ve noticed it as an “issue” highlighted through Yolanda Hadid (who has Lyme disease), in that her “friends” would make comments about how in some pictures she looked sick or wouldn’t bother putting on makeup some days (which apparently offended them?), while on other days she would look “healthy” and “normal”(which apparently meant she was faking it?). I kind of tried to let it not bother me (it did) since it was “reality” television full of drama queens, but now it’s clear that there are a lot of people who think it’s their right to have an intense opinion about how you present yourself.

For me, I like putting on makeup and will do so if I have the ability. I don’t want to look sick all the time. It’s really cathartic to see myself one way and be able to use my skills and liven my face up a little bit. I have flaws that I am not ready to embrace and feel the need to cover. And I feel like that should be OK.

I’m not saying all women should wear makeup to look better. I’m saying I do and it’s none of your beeswax. OK sometimes it is, but only when I bring it up in conversation or if you offer a genuine compliment or perhaps you are a close confidant. When I do my face up, people might offer that I look so well or much better. This is nice to hear, especially when I feel the complete opposite, so I do always like to offer “It’s the magic of makeup!” just to make clear that I may not actually be A-OK. And if someone wants to just compliment my eyeliner skills, hey I’ll take that, too.  The best compliment, of course, is along the lines of “You look beautiful.” No, I’m not saying this is the compliment of all compliments — I’ve got brains, too! However, if you’re going to comment on appearance, basically just say something nice or don’t say anything at all.

I’ve got too many other things to worry about rather than if you think I have too much makeup on or if you think I would look so much better without it. I have so many things that aren’t under my control, and making myself look better is something that I can sometimes do. Wearing makeup may only seem skin deep, but the self-confidence that comes with or without it can matter in a world where I can easily feel lost. 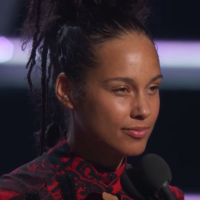