The Girl in the Mirror

Eleven years ago this month, my belly just starting to swell for the very first time with my son, my husband Nick and I moved our assortment of beer-ring-stained Target furniture and mismatched hand-me-downs into our first real home. Despite feeling like I was going to throw up pretty much constantly, it was probably the most exciting moment of my life. Everything felt so pregnant with possibility. We were newly married, we had new jobs, we had a new house and soon would have a new baby, and everything was still so in front of us.

We scheduled moving day for a Saturday, but the Friday evening before I was completely unable to contain myself any longer and went over to the new house while Nick was at work. Feigning productivity, I brought some light things over there with me: kitchen appliances, some of my clothes, a cat or two. Really, all I wanted to do was stand in the middle of all that wide open possibility, hold my little belly, and dream. (Also, I wanted to yell swearwords in the empty rooms and hear them echo, because I am a child.)

It got late quickly, but before I left I dragged the clothes I had brought over – pretty things on hangers that had no chance of fitting me for many, many months – up to what would be our master bedroom. There were two closets in the room and they were identical except only one had a full-length mirror on the inside of the door. I stood there in between the two doors until the hangers started to dig into my hands, looking at myself in the mirror. I was sweaty and my hair was stuck to my forehead in places and sticking up in others. I was two months pregnant and fat in all the wrong places: my face and my butt and already – somehow – my ankles. My belly stuck out but just a little, giving me the silhouette of a large flesh-colored rectangle. It being August, my freckles were out in full force, and I had a pimple. On my chest. And by “a” pimple, I mean three. I was a disaster.

Slowly, I shut the door with the mirror. And I hung my pretty little clothes that wouldn’t fit me for many, many months (read: ever again) in the closet without the mirror. Nick looked at me questioningly the next day when we hung his clothes in the mirror-closet, saying “I figured you would want this, you know, since you’re a girl,” but I just shrugged. I didn’t lie, but I didn’t tell him the truth either: I didn’t want to have to look at myself every time I opened my closet door.

We don’t live in that house anymore, and I don’t look like that anymore either. By now that house and that decision are far enough away from me that I want to hug that version of me who couldn’t stand to look at herself. Also, I kind of want to punch her… and not just because her refusal to look in the mirror most days resulted in her going to work wearing white tights and not realizing how absurd they looked until she saw her reflection in the plate-glass window of her office.

No, mostly I want to hug/punch her because when I say I don’t look like her anymore, it’s because I believe I look markedly worse. Sure, she was freshly pregnant and a little hormonally disadvantaged, but she was also 24. She didn’t have even a whisper of a wrinkle or a stretch mark, and her vagina and her belly were both intact enough that nothing fell out of place when she rolled over in bed or stood up too fast. “Shape wear” was still a foreign term, and makeup was nice to have but not a necessity. And if she wanted to put it on, she had plenty of time to do so because she had no kids.

It’s not just 24-year-old me who I want to hug/punch though. It’s also 16-year-old me, standing in front of the mirror in my childhood bedroom, my shirt pulled up, alternating between sticking my belly out and sucking it in, squeezing it in my hands to see how much I could pinch. I had been out for a walk with my then-boyfriend earlier that evening, a guy I worshipped enough to ask the silliest question I can now think of: “If you could change one thing about my body, what would it be?”

And when I saw him hesitate, trying to assess my intentions, I smiled, inviting him to go ahead and answer freely. I knew we were so connected, so in love, that he could never hurt me. So when he answered, “I would get rid of your pot belly,” with the kind of conviction that indicated this was something he had thought about before, I almost fell over.

“Oh yeah?” I countered, my hands instinctively on my belly, “Well you have stupid hair.” Except he didn’t. He had great hair, and he laughed and ran his hands through it, unfazed. He looked like a goddamn shampoo commercial, but it wasn’t that much later that my pot belly and that guy’s hair went our separate ways. And while I am firmly of the opinion that it takes a lot more brokenness than one guy can inflict to cause an eating disorder to manifest, no matter how nice his hair is, it wasn’t much later that I started to starve myself.

The point is: loving my body just wasn’t something I knew how to do. Not at 24, and not at 16, and not two years later, at 18, when my eating disorder got too big for me and briefly I ended up in a rehab center. Syracuse had no dedicated eating disorder clinic then — few places did — so I landed in a general facility in the eating disorder ward, which consisted of me and one other person: my roommate (who we will call) Tina.

Tina was easily in her 50s, which was ancient to me, and skinnier than me too so I hated her instantly. Each night of the three I lasted there I would awaken to the ragged sound of her quick breath in the dark as she did thousands of sit-ups in bed (exercise, while encouraged for everyone else in the facility, was forbidden to us). The two of us never had a real conversation, but I felt like I knew her well anyway, likely because there’s an a faux intimacy that comes with being forced to monitor and document each other’s trips to the bathroom. To me, Tina’s mere existence was a warning. She was my ghost of anorexia future. At 18, being in my 50s felt like a whole universe away, and my vision of myself in that decade included gardening, floppy hats, and a soft and round body, my fierce and constant hunger nothing more than a distant, almost fond, memory. Basically, I saw 50-year-old me as Mama Bear from “The Berenstein Bears,” and Tina was seriously threatening that vision. The mere suggestion that I could be her — that I could carry my eating disorder with me into my 50s – was completely terrifying.

And while it was never as easy as, say, going and eating a cheeseburger (people love to tell someone with anorexia to “go eat a cheeseburger”), I credit Tina’s unintended warning more than any therapy I sat through as the reason I started –eventually – to eat again.

A few weeks ago I was alone in my room changing my clothes, and there in the corner was my mirror. I stood there for a while, sucking my belly in and letting it back out, looking at my stretch marks and my cellulite, my less-than-perky breasts. My first instinct was disgust because clearly that one is instinctual, deeply ingrained in me. But I fought past that and continued to stand there. I thought of Tina, and my 16-year-old pot belly, and my mirror-less closet, and I looked hard at myself.

After a while, the light shifted in the windows and I was standing in a sun beam. If I squinted past the disgust and the unworthiness, past regret and years of hunger and the years after that where I let myself have too much of things to make up for the years of not enough, I swear I could see something else. I’d love to call it beauty, this big epiphany moment where the birds burst into song and, like that scene in Cinderella, danced around me, tucking and pinning and fixing until I was perfect. But no, it was still only me, still human, flawed, and older too. Still, what I saw in the mirror was better than all that, better than beauty.

It was the beginning of self-acceptance.

I’m closer now to 50 than I am to 18, and I can also see the roots of my Mama Bear phase sprouting around my softening edges. I kind of like them, or more accurately: I don’t dislike them enough that I am going to not eat a cheeseburger for them. I’m going to eat a cheeseburger for 16-year-old me, 18-year-old hungry me, and the me who couldn’t face herself in the closet mirror. I’m going to eat a cheeseburger for Tina, and send up a little whispered prayer to God and to myself in the mirror that wherever she is, she loves herself now a hell of a lot more than she did then. (I might even put bacon on that one, cause I think that helps burger-prayers come true.)

There’s a still so much to figure out, and so much work to do, but at least I can say there was a time when the sun shone just so and for a second, I loved myself. It’s a hell of a start.

Share
or  Copy Link
Link copied to clipboard.
Be first
67 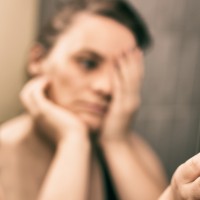