What People Don't Understand When Your Child Doesn't Speak

There’s an awkward moment that sometimes occurs when I’m out with my daughter, Jaycee, in public. It could be a stranger asking her what her name is. It could be someone who gave her a compliment who is patiently waiting for some sort of reply.   It is then that I usually have to explain she can’t say many words. This leads to a wide range of reactions from people. The majority seem to feel that those with limited or no verbal speech have none because either no one made them talk growing up or the person just doesn’t want to talk. The truth is far from this idea though. Generally, there is a reason why individuals have no or little verbal speech. It is not a result of someone not trying hard enough. When I try to explain this to people, it often seems like a foreign concept to many.

The vast majority of people with Down syndrome are able to verbally communicate. My daughter, on the other hand, struggles in this area. Jaycee was considered nonverbal for many years. I now consider her minimally verbal at age 10. She says about 20 words clearly now and attempts many more words. Most of her communication is with sign language and her communication device. She has difficulty with verbal speech due to childhood apraxia of speech and intellectual disability, both of which can be associated with Down syndrome. Other individuals who are nonverbal may have difficulty due to a brain injury, stroke, profound intellectual disability, or muscle weakness in the face, to name a few. In short, understand that if someone doesn’t speak, there is a medical or developmental reason for it.

Outsiders don’t understand why my daughter doesn’t speak. I have heard comments like:

“She could talk if she really wanted to.”

“I guess everyone talks for her, so she doesn’t have to speak.”

“No one is making her talk, otherwise she would be talking.”

“She has nothing to talk about or she would talk.”

“If she can sign so well, she should be able to talk.”
These comments have lessened as Jaycee has gotten older. When she was younger, it seemed like my husband and I were seen as partially to blame for her lack of speech. Some of the comments were insulting, as no one knew what we were doing to help her in this area.

Trust me: Lack of verbal speech is not a result of no one trying. When Jaycee was younger, I spent hours with her at home practicing sounds in isolation, working through the Kaufman praxis words, and encouraging her to use vowel approximations of words (i.e. “ee” for eat). Besides all this, Jaycee got official speech therapy at school. The result was basically no progress in verbal speech, and we were both frustrated. Jaycee got to the point where she shut down when asked to say a word; she recognized speaking was very hard for her. She doesn’t speak because her mouth and brain can’t work together to form the sounds like I can. It’s her body’s fault and no one else’s. I think it’s hard for people to grasp the concept that speaking doesn’t come easily and naturally for everyone, but this is a reality for some. Even though Jaycee doesn’t have much verbal speech, she has much to communicate about. She has hundreds of signs, which she uses to request, name, and ask questions. Sometimes, this misleads people. Just because someone can sign, doesn’t mean they can speak. Communicating with your hands and your mouth are two different things.

Jaycee also uses her communication device to talk about a variety of subjects. Jaycee has emotions, thoughts, preferences, opinions, and wants that she talks about. I know Jaycee is not alone in this.

Just because someone doesn’t have the ability to speak doesn’t mean the other forms of communication aren’t valid or important. It also doesn’t mean someone deserves blame for the words that just aren’t there. 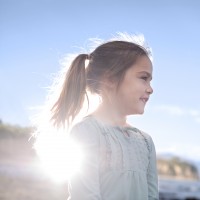