3 Songs for Dealing With Mood Disorders

As we all probably know, music can be great medicine for treating mood disorders. Music can help take away stress and make our brains happy. My playlist contains songs that always elevate my mood when I’m anxious and depressed.

Here are some of my favorites:

Jillian Aversa is an amazing vocalist who records songs for popular video games, such as “The Legend of Zelda.” In my opinion, her rendition of the “Game of Thrones” theme song is her greatest musical accomplishment. What captivated me was her singing the song in the fictional Dothraki language. Absent of English lyrics, I can just enjoy the song and pay closer attention to the instrumentals and the vocals. It is a beautiful stress-reliever.

2. “Holy Is His Name”
Performed by John Michael Talbot

John Michael Talbot is a composer and musician turned Catholic monk. He is also the founder of the Little Portion Hermitage Monastery in Berryville, Ark. Talbot travels around the country leading worship services at churches and occasionally makes appearances on religious television programs.

My favorite song of Talbot’s is “Holy Is His Name.” It is the most soothing worship song I’ve ever heard. This song helps turn the focus away from my depression. And it also brings about feelings of peace, hope and comfort.

Kongar-ol Ondar (1962–2013) was a master musician and throat singer from the Russian republic of Tuva. His life story is inspiring to me because he used his musical talent to overcome adversity during his youth. That adversity included a few years in jail for a crime he did not commit. His experiences shaped him into a man who would resurrect Tuva’s music culture and put the country back on the map, so to speak.

In 1999, he recorded an album named “Back Tuva Future.” It is a unique collaboration with Ondar and several popular musical artists, including Willie Nelson and Bill Miller.

My favorite songs from the album are:

Like I said, there are more songs that are great for treating mood disorders. We will look over those at a later date.

Share
or  Copy Link
Link copied to clipboard.
Be first
136 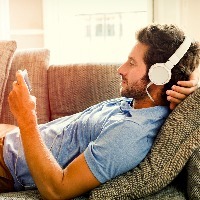