Watching the 2016 Election With Anxiety and Depression

I click on the evening news as I normally do each day after work, and I am not shocked to see both Hillary Clinton’s and Donald Trump’s faces on TV. At this stage in the election, it’s an hourly occurrence. One campaign has said this, and the other has said that. The articles and news clips and coverage feel as though they may last forever. As a person who struggles with both anxiety and depression, this entire election has been daunting emotionally.

When my anxiety is in the driver’s seat, I’m highly terrified at the prospect of what could happen. Certainly, each candidate comes with his or her individual faults, as each of us human beings does, but the person who wins the election will fill the most powerful position in the world. This means each decision they make will not only affect the now, but also has the potential to shape the future. This means each fault must be dissected, evaluated and compared. What is interesting for me is this isn’t the part of the election that inflames my anxiety. I’ve always been confident in the person I plan to cast my vote for come November. My anxiety rears its ugly head when I think of all the people who have not taken time to be informed about the issues in America: issues that affect me and my life, and you and yours. I would invite anyone, for example, to view both candidates’ websites and compare them singularly on their mental health care plans. I believe that comparison speaks volumes alone.

On the other hand, when depression is in the driver’s seat, the apathy I feel for this election is almost physically deafening. The polarization of this country, the tension we all feel on a daily basis, the vitriol that is spewed on an hourly basis is enough to keep most anyone low emotionally. For the life of me, I cannot understand why or how the divide between us all became so vast and so ugly. When I see the coverage of the election and its true heinousness, I just want to cover myself with a blanket and resurface four years from now. My mind just stops. It stops caring. It almost feels like the divide is too much for any man or woman to conquer, and I just give up.

In these moments, I’m almost grateful for my anxiety, because it never lets my depression sink me low enough to truly stop caring forever. I can change the channel and try to pretend there isn’t a huge election that has the potential to be life-changing, but my anxiety is always stewing, ready to remind me how important it is. Whomever you feel is the best option to lead the United States of America as commander in chief is your prerogative. I will only endorse someone who cares about the things I care about. I will only endorse someone who puts forth the effort to come up with and share their ideas for mental health care reform and the de-stigmatization of mental health illnesses. One candidate specifically mentions all of these issues on their website; the other makes no mention of them whatsoever. I will only endorse a candidate who has spent a lifetime dedicated to issues that directly concern me, including mental health care and women’s rights. The other candidate is glaringly silent when it comes to the acknowledgment of mental health illnesses and disabilities, and is laughable in the contradictory nature of their views on women.

I’m not here to advocate one versus the other, nor would I expect this contribution to sway any votes. But if you or someone you know is suffering from mental illness, disabilities, chronic and terminal illness, gender, sexuality, race, or religious discrimination, I implore you to investigate both websites and determine who speaks for you and your plight.

Though my depression is determined to muffle my enthusiasm for this election, my anxiety has played a critical role in my focus on the issues. Of course, I’d love to live a day without the tug of war between the mental hurdles that are anxiety and depression, but as it relates to this election, my experience in dealing with these issues has allowed me to care just enough, while not getting overwhelmed, and for that I am grateful. Vote. 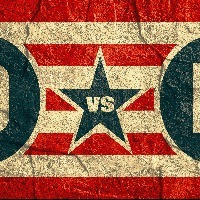