Why I'm Starting a Clothing Company for Those With Chronic Pain

I’ve always been called a trailblazer. But this story isn’t about me, as much as my experiences since becoming too ill with fibromyalgia and osteoarthritis to work at a “regular” job. Living with chronic pain is brutal, but the loss of self-esteem, and of self-worth is worse.

It was on June 10, 2016 (winter in Australia) that I became stuck painfully in a hoodie. Calling out to my husband for help, I thought, there has to be a better way. And it was then, that I had the epiphany that indeed there is, as my mind raced with ideas. 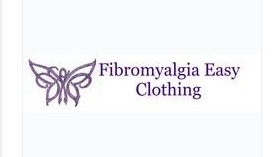 That was the day that I began to learn I’m not alone in this. I started a Facebook page, to see if what I was thinking of building already existed, and to gauge how many would be interested. That was also the day that the one-of-a-kind clothing company, Fibromyalgia Easy Clothing was born. And sincere, kind, encouraging people began commenting, sharing, and doing whatever they could think of to help me. As of today, only some five months later, that page has 585 “likes,” and is still growing.

Until I ventured out from my pain and purple fog, I really had no idea of how many of us are out there. Some are struggling alone, in silence, unable to leave their beds or homes, partly because of how difficult it is to shower and dress. The truth is that we are legions, and although we are still mainly invisible, we are here.

I can’t say for sure if it’s the pain that makes us more kind, more patient with one another, more understanding. I only know what I’ve experienced. I don’t think there is a single comment on the Facebook page that isn’t encouraging. I know I’ll need to launch a crowd funding campaign to make this work. Now it’s just a matter of overcoming my own fear of failing all these amazing people who are depending on me, and looking forward to having clothing that doesn’t hurt to wear, or put on and take off. Most have told me they simply live in pajamas, because it is all they can bear next to their skin. And I understand this, as I sit here writing with my shirt on inside out.

The thing is, most people would expect someone who is living in constant, chronic pain, to be short-tempered and rather cranky most of the time. But I have found just the opposite. It seems to me that women and men alike, from all over the world, all with chronic pain in common, are the kindest, most patient and understanding people that you can find.

Perhaps, the answer lies in the fact that many of us have been kicked out of the rat race for being “too slow.” Living on a disability pension isn’t what anyone would think of as wealth, and so maybe our attitudes about money have changed as well. Now we find wealth in people, in one another. We value kindness and understanding, and belief in our pain the most. We treasure and cherish the friendships these “invisible illnesses” have given us.  And if this is in fact true, then I am the wealthiest woman in the world.  One way or another, I will build this clothing company, along with a foundation that I can help those who simply can’t afford the things they need. I turned 59 last month, so this may very well be the last trail that I’m able to blaze, and I mean to make it a great one.