I’ve seen posts and memes on social media about how important it is to put some thought into messages or texts. Some joke over how “annoying” it may be to receive a simple one-letter response, such as “K.” But as someone on the autism spectrum, that one letter may be all I can come up with.

Before I was diagnosed in 10th grade in 2005, I didn’t really understand the significance of the phrase “think before you speak.” Communication skills weren’t exactly my forte. I would speak out of turn and even jump into private conversations without realizing how rude it was. The ability to tell how others were feeling was like an alien concept. I had no idea what tone of voice was. I just knew it could get me into trouble.

Now that I’m older, I’ve come to appreciate these skills. With hard work and maturity, I’m much more aware that my words have an impact on others. However, it’s still a major challenge to figure out how to use them.

So when I receive a message or text, the timer begins. I feel as though I have this small window to understand what the person has said and think of a meaningful reply. Often, it takes me so long to do this that I may seem to be ignoring them. Realizing this — and that I need to say something in response — I end up sending that infamous one-letter: K.

I’m starting to understand communication skills better. I’ve certainly come a long way from jumping into conversations, to carefully thinking through a response. Yet, it still seems to be a challenge for me. While some may groan in frustration at my one-letter response to their text, I hope they understand the time and effort put into it.

Share
or  Copy Link
Link copied to clipboard.
Be first
32 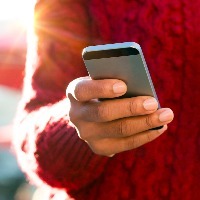