Even 30 minutes before the town hall meeting was scheduled to begin, every seat was filled with anxious citizens. The community members spoke in low tones, every so often stealing glances at neighbors. They had been living in relative peace and harmony for 30 years, but changes were underfoot, and an air of uncertainty swept through the packed room.

Finally the tapping of the gavel could be heard and the whispering died down. Soul stood in her traditional meeting robes and spoke.

“Good evening, fellow citizens. I will read a quick announcement before we proceed to the main item on our agenda. I want to remind you that in honor of the upcoming holiday season, we are returning to the standard exercise regimen.” Groans and mutters escaped the audience. Soul continued, “Muscles, expect soreness. Please coordinate with Bladder and Kidneys to agree upon a mutually acceptable rehydration protocol.” Bicep winked at Bladder, who rolled her eyes and blushed. Soul added, “Brain will be scheduling increases in vitamin intake as well as sleep allocation, so take advantage of the recovery time while you can!” Stomach and Waistline sighed. Thanksgiving was right around the corner. The annual overeating was always followed by bloating and erratic early morning consumption of turkey and pumpkin pie.

“And now,” said Soul, “We will carry on with the main item on today’s agenda, which I trust will lead to many fascinating, passionate, and civil deliberations.” She rustled some papers, lips pursed. “Today we shall be discussing the matter of inviting Gluten back into the community, the ordinance introduced by Mouth and Desire. Please make your opening arguments.”

Mouth and Desire stepped forward, Desire speaking first.  “Fellow citizens, we have decided that enough is enough. It has been six years of ignoring the scent of baking bread and cinnamon rolls, of being forced to consume expensive fake cookies and the seldom french fry. We say, we’re sick of being told what’s what. We want things to go back to the way they were!”

Mouth spoke up,  “And yeah, this food is disgusting. It’s the worst. It’s unbelievable.” Desire finished, “So that’s what we want to say. We want to bring Gluten back!”

Soul took the podium and said, “The opponents of the ordinance will now argue against the proposal. If you please, Stomach and Duodenum.” Stomach led Duodenum to the podium, who stepped up and began to make her case.

“I have lived here since the community was established but I was sick for so long that many of you have never met me. Since the perpetrator Gluten was banished, my villi have been growing back,” and she shook her shiny tresses, which were coming in nicely. “I’m sure many of you have been feeling better also. Teeth? Skin?”

Skin nodded, and Teeth shouted out, “Enamel and I are finally getting married! No one can keep us apart!”

Duodenum smiled feebly before continuing. “Gluten is toxic to our community. He makes all kinds of promises about how life will be better if he comes back, but I say no. My life will not be better, and just because no one sees me doesn’t mean I’m not important!”

Desire sneered, and growled into her microphone, “Where’s the proof? Blood has been sitting for examinations every three months and passing with flying colors!” Mouth pitched in, “Yeah, those tests are rigged. We’ve been fine all along!”

At this point Duodenum collapsed into a chair and Stomach grabbed her microphone. “We most certainly have not been fine all along. Blood’s first screening test was off the charts. What about the hours of childhood this community spent on the toilet? And even last week, after a cross-contaminated meal, I was cramping all through the night!”

Desire snorted. “Oh Stomach, you’re so sensitive. You don’t even know if it was contaminated.” And then she turned to the crowd. “Don’t you remember the early days, when we could go anywhere and not have to pack a bag of crumbly bread and bruised apples to take along just in case?” Arms and Back cheered. “Anxiety, don’t you remember how carefree life used to be?”

Anxiety frowned. “I am working a lot of overtime these days. Paperwork went through the roof after Gluten was banished.”

Stomach forced the mic away from Desire. “You are living in the past! This is a changed world, and simply pretending that Gluten is harmless does not make him so!”

The community members leaned in towards each other again, deliberating. Stomach, Duodenum, Skin, Teeth, and Enamel stared in disbelief across the aisle, their neighbors suddenly strangers. Mouth and Desire were trying to convince the undecided, including Liver, Spinal Cord, and Toenails to vote Yes on Gluten. Waistline and Anxiety whispered back and forth in a frantic exchange of worst case scenarios.

“The gluten free replacement foods are so caloric!”

“Although if Gluten is really dangerous, we might gain weight anyway.”

“But at least we won’t be hysterical all the time about eating something by mistake, Cortisol and Adrenaline haven’t left me alone for six years straight, it’s exhausting!”

Off in a corner, Soul and Brain observed the hubbub. Soul turned to Brain and said, “This issue comes up somewhat regularly, wouldn’t you say?”

Brain smiled. “But of course it does. And I have a theory as to why.”

Brain beckoned to Eyes, who joined them in the corner. “Eyes, are you seeing what I’m seeing?” Eyes looked off into the distance for a moment, and then focused back on them, nodding slowly. Soul was perplexed.

Eyes said, “The community is currently inhabiting terrain in the immediate vicinity of a bakery.” The din in the room was rising. Soul knew that time was running out. Anxiety was pacing up and down the hall ranting about chronic inflammation. Desire had started a rally, and Duodenum was weeping alone on a bench. In a moment of inspiration, Soul grabbed the microphone. “Paging Legs! Legs, report to the podium immediately!”

“Yes ma’am!” Legs dashed out of the room, and Soul, Brain, and Eyes waited with bated breath.

At first it seemed they’d missed their chance, but all at once, everything shifted. Desire’s rally dissipated when Nose talked her into a walk by the flower shop. Anxiety slipped into a chair and fell asleep. Duodenum lay her head on Stomach’s shoulder, who stroked her shiny mane.

Soul sighed, weary. “Until next time, ” she said.

“Indeed,” answered Brain, and they left the hall together, arm in arm. 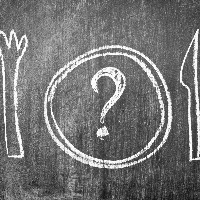