The One Thing That Helped Me Grow Within My Social Anxiety

I’m in a very different place now than I was when I first met my social anxiety. The encounter went something like this: I was sitting on the couch under a blanket, home from school because I couldn’t bear to go yet another day. The idea of small talk and loud classmates forced an ache in my stomach and shut down my brain. On that day, it walked into my living room and clambered over to me. The anxiety showed up in the form of a scribble that a child would draw to represent the sun in a drawing, but instead of yellow, it was black and white and sometimes red and blue. It walked up to me and held out its hand for me to shake, introducing itself to me as “your lifetime partner.” I couldn’t say no and from that day on, we’ve been glued together.

It’s been almost four years since that day. I’ve graduated high school and completed my first year of college. For the most part, social anxiety doesn’t control me. Usually I imagine it sits in the corner of my room or in the backseat of the car when I drive, waiting patiently and sometimes joyfully for something to happen. I don’t see that scribble or hear its haunting words every day. It shows up sporadically, usually when something triggers it. My biggest trigger is any and all things relating to high school. I don’t like looking at my yearbooks, graduation pictures or reflecting back on my senior year activities. Seeing teachers or classmates in public sets my nerves on fire, leaving a fear in my bones I will never be able to explain.

Social situations of all forms scare me to a point that sometimes I don’t even believe myself. I think to myself, Why am I afraid of this? At this point, I know it’s irrational, but it’s not something I can turn off. Sometimes that little voice in my head takes the words that I’ve heard others say about my anxiety and it speaks them loud and clear to me. It tells me how ridiculous it is that I feel more nervous seeing a teacher from high school at my place of employment than I feel getting on the Millennium Force at Cedar Point. It tells me my feelings are worthless and I need to just get over them. This last one is the one I’ve heard the most from my inner voice.

It’s incredibly difficult and I believe absolutely impossible, to “just get over them.” I can’t put those feelings aside and be OK like magic and because of this, I’m labeled as “weak” or “ridiculous.” I hear these words through every anxiety attack from that little voice in my head. It’s been a while since I’ve heard them from others, because everyone around me now understands. But that has taken time.

Hearing these words from the voice in my mind that is supposed to support me is very irritating. I can’t remember a time when it was for me, but now it is so far gone that it is a daily struggle to hear something positive from it. I’m working on it, but that also takes time.

I’ve made some big decisions recently I would not have even considered a year or two ago. While my friends went off to college, I opted for another year home at my local community college. The simple fact is I was not ready to go a year ago. The reason I woke up one morning and decided to stay home was, before anything else, because of fear. The second reason was because that’s what I felt I was supposed to do. I don’t regret letting fear win in that situation. We shouldn’t always regret letting fear win. We are only human and we need time to learn the way around the corners of our brains.

Time. Resonating on the word simultaneously makes me feel as if it’s the most important thing in the world and the most terrifying thing in the world. There’s so much give and take there that it’s difficult to trust in it. I don’t trust time, but I do know it will always continue moving. Those moments of intense social fear will pass. No matter how red my face gets or how sweaty my palms are, they will not be that way forever. There are days my little scribble friend wants to steal from me, but I fight for those harder than I fight for anything else. The days I win are more rewarding – and more exhausting – than the ones I let it win.

I’m expanding and I’m growing through this social anxiety. Each day is better than the last, and when I reflect upon my high school days or even the few months after graduation, I can see how far I have come. I’ve fought this thing. It’s taken my time and my energy, but it hasn’t won. I think right now, I’ve won.

Share
or  Copy Link
Link copied to clipboard.
Be first
69 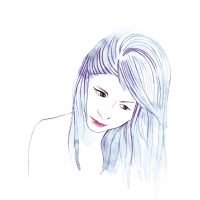