The Missing 'Reason' From the '13 Reasons Why' Discussion of Suicide

Editor’s note: If you experience suicidal thoughts, the following post could be potentially triggering. You can contact the Crisis Text Line by texting “START” to 741-741.

The hype is whirling around the new Netflix series, “13 Reasons Why.” It is the latest binge-watching event that many people cannot wait to talk about. Now perhaps I should not be commenting, since I have not actually watched the show. With so few hours in the day, and so much to do, it’s simply not at the top of my watch list. However, I have read several commentaries and conversations that have been sparked by the show. I will leave the praise and criticism to those who have seen it. But there is one point that still needs to be made.

I was once a high school girl who spent many days contemplating suicide. But I was different than Hannah. There were no dramatic events that led to my struggle. In fact, I could create a list about my teenage life highlighting the reasons why I “shouldn’t” have wanted to die by suicide.

My parents were happily married and absolutely adored me. I had many friends. I had a big brother who teased me, but not too much. I attended a small wholesome high school in rural New England with no cruel cliques or rivalries. Social media did not yet exist and my mobile phone was attached to my car. I grew up on a small family farm with nutritious food I helped raise myself. My father owned his own business, which was quite successful. I had countless material things (clothes, electronics, cars, toys, even diamonds at age 16). We took frequent family vacations, including weekends every summer on our boat. I was an outstanding student. I was in good general physical health with perfect orthodontia work. I had a nice big college fund waiting for me after graduation.

There was no trauma in my childhood or teenage years. There was no clear list of causes. My “reason” for nearly taking my life so often in my teens and 20s was elusive for many years, even though it had been with me always, likely sent down through my genes.

The reason was mental illness.

The long, messy path to emotional wellness took me through misdiagnosis, allergic reactions, terrible side effects, weight gain and a stalled start to my 20s. I battled on and survived, in great part to love, support and financial resources.

I tell my story not to negate the one Hannah tells. Bullying and sexual assault are real issues and should be discussed openly and honestly. But while Hannah and her reasons are lauded as a chance for a national conversation, I continue to see my bipolar II and obsessive-compulsive disorder (OCD) diagnoses used as punchlines for jokes and sinister plot lines for “Criminal Minds” episodes.

Many have different “reasons” for contemplating suicide. For Hannah, it seemed to be retribution and escape from her 13 reasons. For me, it was a way to end the guilt, self-hate and nothingness that had seeped into me for only one reason.

I write this from a place of wellness after two decades of effort and treatment. But I worry often that we forget about those still hurting, whose reasons are perhaps more subtle than those portrayed in “13 Reasons Why.” But these reasons are no less haunting. 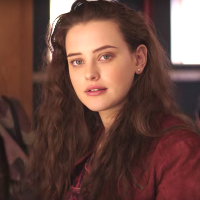