Yesterday, in between work emails and changing diapers, I received a text message that stopped me in my tracks.

“I’m being admitted Thursday at 10:30…relieved but scared.”

An admission date and time for eating disorder treatment had finally been bestowed upon a sweet young woman I’ve been helping. Reading her text brought back those same emotions I felt when I was admitted to the Carolina House over five years ago. Fear, relief, sadness, excitement. So many emotions, too many to sort through. I just wanted to get there and get started.

I remember my admission day like it was yesterday. Thanks to Delta’s stellar service, I missed my connecting flight in Atlanta. The delay did not put me into Raleigh until after 5 p.m., which was too late to start the admission process. The domino effect was devastating to me. I was put up in a hotel and spent the night alone.

My two bags weighed more than me and I had to lug them around the hotel and up a flight of stairs. Dinner seemed pointless to me. Why make an effort?

I got into my pajamas and tried FaceTiming with Jordan, my husband. Immediately, we both started to cry, so we hung up and decided to spend our night talking on the phone. Hours later, my anxiety still hadn’t received the memo it was time for bed. I laid awake all night, staring at the glow of the TV. Jay Leno, “Friends” reruns, CNN and even infomercials. There was no need to set an alarm. I was already up when the sun rose that morning.

The dusty white minivan pulled into the hotel’s driveway. The cold winter air took my breath away as I stepped out of the hotel lobby. I heaved my luggage out the door and thought, This is it. I’m finally doing this. Here goes nothing.

I had my “first day of treatment” outfit on. Yes, I methodically planned my first day outfit. I was still of the disordered mindset that I had to appear pulled together. I even held a confident and engaging conversation with the van driver on our way to the Carolina House as if she and I were long time friends. On the outside, I appeared as if nothing was wrong. Of course, I wasn’t going to treatment for what was on the outside. It was my inside that was dying.

Eventually, the minivan pulled down a small, two-lane road and then turned right onto a long gravel driveway. There it was, the Carolina House, a beautiful yellow farmhouse sitting peacefully in the woods. My anxiety turned on and my heart began to race as I was led to the office for admission paperwork and too many HIPPA forms to count.

My panic turned into fear as they guided me to the kitchen for lunchtime. It was buzzing with women preparing lunches and staff checking off exchanges and approving portions. I actually thought I could “opt out” of lunch. Yes, this would be my mindset for the first week or so. “Oh, thank you, but I’ll pass on this meal…Thanks, but I don’t do group therapy…Thanks so much for this opportunity, but I’m going home now.”

No such luck. I was not able to opt out of lunch that day. I picked apart my sandwich. I wanted to run. And I actually tried to.

A few hours after lunch, I was informed there was a group outing that afternoon. Once again, I tried to opt out, telling the staff I should really stay back alone and unpack. Apparently, I thought I had checked into the Holiday Inn.

Most people fear “dessert day” when they go to eating disorder treatment, but I feared art therapy. And as fate would have it, that was exactly what I had to do on my first day of treatment. It was an art therapy outing to the Scrap Exchange, a place in downtown Durham that offers a variety of crap — I mean scrap — for you to use for art projects.

We loaded into the 15 passenger van and all I could think of is that scene from “Girl Interrupted,” where they all go out for ice cream into town. I suddenly realized I was living out my fear. I was the “crazy” girl in the van from the “looney bin.” We are those “crazy” people going to town, I thought. What have I gotten myself into and how can I get myself out?

What the staff didn’t know at the time was that I still had my cell phone. I was clutching on to it for dear life in the deep pockets of my bright red pea coat. I snuck my phone out and texted Jordan that this was a mistake and not to worry because I was going to fix it. I always had a plan.

Enter: Southwest app. Fantastic! There is a flight out tonight. I can catch a cab to the airport from this scrap place. Peace out. Mistake fixed. Problem solved.

We piled out of the van and walked into the Scrap Exchange. My anxiety was rapidly rising in my chest. I turned to the RPA and told her I needed a minute alone and asked her if I could step outside. I walked/ran outside, hoping for just a minute alone, but the RPA was hot on my tail. I spun around when we got outside and said, “Can I puh-lease just have a minute by myself?”

No such luck. I then put on my Corporate America working woman face and said, “Thank you so very much for this opportunity. The Carolina House and their staff have been fantastic, but there has been a mistake. You see, I’m not that bad. I really don’t need this level of care like the women inside. I need to go now.”

The kind RPA, Mary, saw past my front and began to speak in her calm, soft voice. She questioned why I came, if I didn’t need this help. I told her I came for my husband. And she said recovery would be worth this journey and hardship. I softened a little and somewhere deep down, I believed her. I knew I needed this help and I knew I deserved recovery. I released the death grip on my phone in my pocket and walked back inside to dreaded art therapy.

The fear that ran through my veins that first day is still palpable today. I felt like such a failure that day. I was 29 years old, with no job and admitting myself to treatment for an eating disorder that didn’t seem “bad” enough to be in treatment for in the first place. What I didn’t know five years ago — something I know today — is how extraordinarily brave I was to walk through the doors of the Carolina House.

While yesterday’s text message brought me back to that first day, baby squeals and dinner duties brought me back to my present life. Cooking dinner once seemed like a foreign concept because having food in the house was frightening. The life I have created for myself today is something I never believed was possible for me. I thought I was destined to hate my body and always be at war with food. Little did I know, the person I thought was a failure was so brave in taking that massive leap of faith that has led her to the extraordinary reality I live in today.

So to anyone who will walk through a treatment center’s doors tomorrow, I say this:

Do not walk with fear, because you are not alone. Trust the extraordinary team around you. Do not be afraid to be sad, anxious or angry. You are safe. Let yourself feel. Let out your burdens and hand them over. Open your heart to the help and gift of recovery. Forgive yourself. Forgive others. And most of all, be kind to yourself. The path to recovery is long and bumpy, but the ride is glorious and filled with beautiful color. I am so incredibly proud of you.

Sending you lots of hope and love! 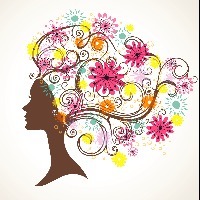