When I Say I’m on the Autism Spectrum, and You Say, ‘But You Seem Fine!’

“Coming out” as a person on the autism spectrum can be difficult. It is not only a deeply personal issue, the aether is also ripe with stigma and honest misunderstandings. In that context, some of you may have accidentally said some words to a person on the spectrum that hurt them very much, and you might not know it. Simple words, probably meant in kindness, but perhaps, when explained a bit deeper, you’ll see why they’re not helpful.

I was diagnosed with Asperger’s three years ago. By then, a long lived, sneaky suspicion had grown less sneaky as my knowledge about the syndrome and my own mental patterns had increased. Still, my psychiatrist was a lot more confident than me. “It looks like you have Asperger’s syndrome,” he said, “No, strike that. You most definitely have Asperger’s.” In retrospect, I think he had wanted to avoid the confusion I always feel when people use uncertain terms and rely on body language and context.

I felt conflicting emotions. All that energy I had to spend interacting with people made sense. All the tantrums, foot stomping, door slamming, and anxiety attacks, that occurred whenever my mental energy-meter reached zero, were suddenly a bit less shameful to me. My personal ineptitude in monitoring and controlling my emotions had a named cause.

On the other hand, the endless energy spent improving my ability to read faces and social contexts seemed completely wasted. All those hours putting on my social face and returning home, devastated, moody and easily triggered; that could have been minimized and managed much better. My partners over the years had not needed so often to take the brunt of all my frustration, just because I wanted everyone else not to notice how I was struggling to keep it together.

I had spent so much time and tried so hard, that I felt I deserved to be recognized for my progress. I had even entertained a small hope that my psychiatrist would say “It’s not ASD and it can probably be easily fixed with therapy and practice.” But I had been utterly incapable of fooling him and playing the part I so badly wanted to play. He bluntly explained: “Even if you work hard, it will probably get worse as you age, although you might find it easier to accept.” I cried quite hard when I left his office, because deep down I knew he was right. I’d already felt it. My ability to function in a social setting had decreased in proportion with my surplus energy. I simply had more of that when I was younger. Ten years ago, I could prepare mentally for a social event with a few days notice; even occasionally do something relatively spontaneous. Those days are gone. I have to build up momentum for a week to reach that peak, where I can be face to face with someone not my wife for more than a few hours.

The amount of time I can be without my routines before I get anxious is decreasing. It’s a problem, because I have a desire to be social. I want to keep my friends. I need the practice. But staying “in character” has grown steadily harder, while staying indoors, away from social interaction, is increasingly alluring. That consistent trajectory makes me feel like an enormous failure.

You might say I should just be myself when interacting with people, but I still feel the need to perform. First of all, because I don’t want to stand out as much as I otherwise would. Secondly, because people don’t see the struggle going on underneath. Even for the ones I’ve personally told, it can be difficult to truly relate — and that can mean judgement. In that context exists a small sentence, and it contains some of the hardest words for me to hear. While I’m sure every single person that has ever said it to me meant well, I wish to try making them aware of how it translates. The words are:

They dress in different colors: “Come on, you are a very social person.” “It’s normal. Everybody gets enough of people.” “That’s just like me, I don’t like talking on the phone either.”

Every variety entails the same thing to me:

“I don’t see your condition. Your struggle is not real to me.”

No, you don’t see my condition. I’m working and fighting constantly for you not to see my condition. I lie awake at night, rehearsing conversations in my head. I practice facial expressions and body language in the mirror. I’m constantly making an effort to subdue my ticks, vocal amplitude and any physical outbursts triggered by anxiety, frustration or elatedness. Every day I’m scrambling together whatever little energy I can to have some to expend when I’m with you. That relaxed and loose phone call we just had: It was predated by an hour spent as a nerve-wreck, preparing talking points and tone of voice. None of it is because I don’t like you. Quite the contrary. It’s because I do not have the mental skill sets that allow most people to do this sort of stuff intuitively. I can’t jam, I need my mental note sheets, and if someone flips the order of the papers or changes the tune, I have to engage almost all of my mental energy to keep up. I have to actively process not only your words, but also your facial expressions, while at the same time try to coerce my own facial muscles and voice to express that which I have calculated they ought to convey. It’s very hard work.

Therefore, when I tell you about my condition, what I don’t need is for you to brush it off because you haven’t really noticed, or you think it’s similar to having off days or disliking phone calls. It might seem like a compliment; something I’d even wish my psychiatrist had said. But I’m struggling underneath, and I’m doing it for you. By dismissing me as “normal,” you are ironically adding to the pressure, because I feel like I’m not being understood and my hard work is being ignored. I fear that any social transgressions will therefore be filed under “weirdo” in that black book I believe most people instinctively keep. It makes me feel resigned to sit alone in the dark, frantically pulling on the thousands of ropes that make the Aspie man-puppet nod and wink at the appropriate time.

If you happen to find yourself with a person with ASD, thinking something along the lines of “That’s silly, he/she seems perfectly normal!” please consider this. Respect them enough to try and digest and understand it, as you can be sure they are constantly making a hard effort to understand you. Most likely they are spending a large amount of precious energy they need to function for the rest of the day, just to sit there with you.

So, please don’t brush it off. Try to acknowledge it, and, if it feels right to you, tell them in plain words that they don’t have to spend all their energy suppressing themselves or controlling the situation; that, for example, avoiding eye-contact is absolutely no biggie. And when I say plain words, I mean plain words. Remember that we might not be able to detect your acceptance from your body language. Of course, this only works if awkward silence and pauses, random behavior or ticks truly doesn’t bother you. But at a bare minimum, acknowledge their condition so they might feel a bit safer when it comes to accidental social transgressions.

I get that it can be hard to understand if you have a natural ability to read and understand people and social context. It might not be something you have to think actively about, like you do with algebra or German grammar (German natives excused from this analogy). But many of us do. Knowing that we have an understanding participant on the other side of the table is crucial to our progress as social individuals. It creates a breathing room that allows for experimentation instead of the repetition of learned social rules we are used to. Any room you can give us is greatly appreciated. 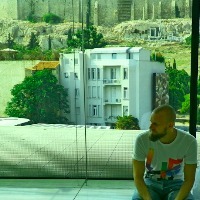