Dread is the feeling that hits as soon as about 9 or 10 p.m. rolls around. It is the sudden and heavy twisting of my stomach when my friends tell me they’re off to bed.

Dread is the fact that tonight, like every night, I’ll be sitting alone in the dark with all of my issues and emotions I can so easily brush off during the day with a smile or a chipper conversation.

Dread is the weight of the unknown; the loss, the grief, the pain and the utter silence of that person who – up until they started to notice my bones begin poking through my skin, the shine of my pale bald head or the dark purplish-black circles around my eyes – had said they were going to be there by my side, all the way through.It has been happening for a little over a year now: this whole not sleeping thing.

I’m not talking about going to bed too late or tossing and turning through the night. I’m talking about pulling back to back all-nighters as if they were a normal occurrence. When I did sleep, I would rest for maybe three to four hours a night, and I say rest because that’s really what I was getting. Doctors confirmed I wasn’t even hitting REM sleep, thus waking up the next morning feeling just as, if not more, tired than the day before. I became so fatigued I was no longer able to remember even the littlest of things, like names or what my parents had asked me to pick up at the grocery store just minutes earlier. Other times I lost my car in the hospital parking garage, unable to remember where I had parked, sending me into a full-blown panic attack. Even more worrisome was I would lose my train of thought mid-sentence, having to have friends or people around me remind me of what I was just saying. Honestly, this made me feel like an “idiot” for both not remembering things and not being able to recall simple things such as dates, numbers and spelling.

The real kicker is the way it messes with my head; making me feel disoriented, confused, and even a tad “insane” at times. I can’t tell you the amount of times I’ve been pulled in and out of hallucinations. Seeing one thing or really believing you are in a certain place and then, suddenly, snapping back to reality only to realize whatever you thought you saw was merely in your head. They are terrifyingly realistic. Sometimes I wake up screaming, other times as if the wind has been knocked out of me. One time I even had to call my friend to make sure she was alive and not dead as my hallucination had suggested. It’s like being trapped between two worlds but you keep on switching back and forth, back and forth, never truly aware of where you are until you are whisked off into another reality your brain has created.

I’ve tried basically all the medications for sleep and sedation my insurance policy will cover, but they only seem to do nothing at all or give me some pretty terrible side effects ranging from uncontrollable crying to suicidal ideation. Currently, I’m taking twice the normal dose of one for an adult female.

But there is also the fact I do some of my best thinking at night. The quiet isolation helps me to think a little bit more clearly, listen a bit more intently to God and write about what is pressing on my heart. A good percent of my best pieces have been, as my best friend would say, written at some ungodly hour. These are the good times: the times when I can devour the book suggestions my friends have given me or enjoy some Netflix all to myself. I find I enjoy the gentle company of the moon and the brilliant presence of the stars. How the low clouds blanket the hills and mountains or how the pitter-patter of the rain falling on the roof sounds as sweet as a lark’s song. And while this all sounds rather dreamy, there is also a painful, desperate and quite morbid side to staying up all hours.

Every single day I wake up exhausted. I’m not really sure I could tell you what real restful sleep even feels like anymore. The hallucinations make it difficult to distinguish between what is reality and what is psychosis. It’s seeing the best friend you called your brother for all those years. Being able to talk to him, hug him, lie on the top of that car roof up at the top of that deserted mountain road, counting the shooting stars in the heat of a summer evening. And it’s violently snapping back to the real world where that friend you called brother, who called you a princess, who always broke our small town curfew so we could walk to the golf course and lie, laughing, all night in the cool, dewy grass, has been dead for over two years because he took his own life. It’s flashing back to the family member who backhanded me so hard I fell to the ground; the family member who wrapped both of his hands around my neck, feet dangling above the ground. Their face, red with rage, burned forever into my mind. It’s waking up screaming or hyperventilating because even a dreamlike version of that night still sends me straight into an uncontrollable panic attack. The night is both a welcoming home and a barren ghost town that will haunt me until my grave if I am not careful.

But even in spite of all of this, I still see the severe insomnia I struggle with as both a blessing and as a curse. If you know anything about me by now, you should know I truly think your attitude can make a huge difference in the outcome or path of your outlook, life, disease(s). If it weren’t for my insomnia, how would I have my morning chats with Emma, a friend battling mast cell disease halfway across the country? When would I have my quiet time, my creative time, my time that is just for me? I’m definitely not saying the insomnia isn’t absolutely dreadful, because it is, and it kind of makes me want to punch the s*@! out of something. I am just saying there are silver linings in every situation. You just need to look hard enough for them. 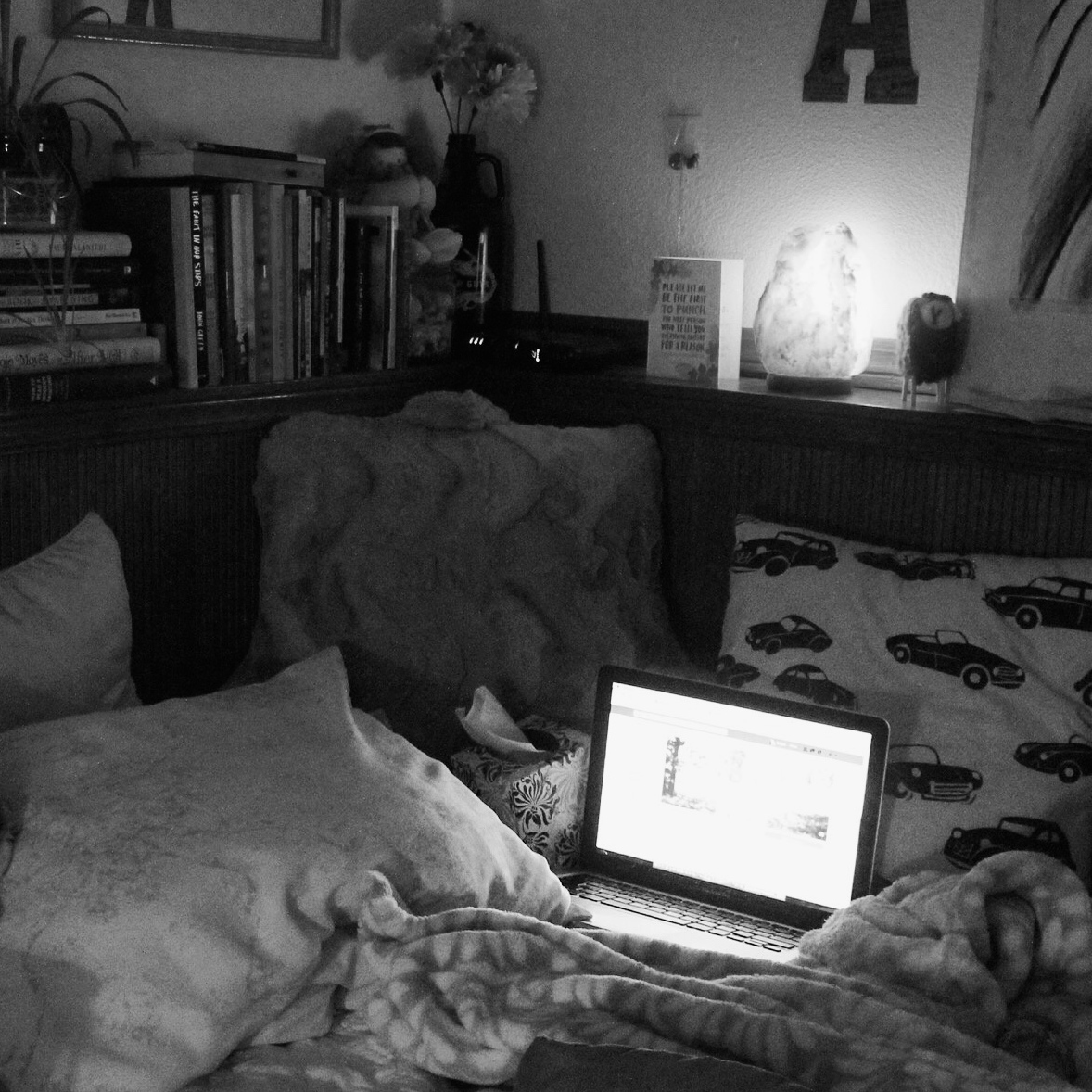