How Overcoming the Stigma Around Electroconvulsive 'Shock' Therapy Saved My Life

Fall 2003, I was in a very deep, uncomfortable depression. I was 21 and at the point in my life where I was “over” dragging around the bipolar diagnosis I had received almost five years earlier.

Having moved to a city, I felt a burst of opportunity that was weighed down by the darkness of my mind. Unfortunately, I had a brief struggle with suicidal ideation. I knew I had to keep slugging through. I felt the effort I made wasn’t for me, but because I was supported by a team who would not let me fall. At a very frustrating point, my mother exclaimed, “We are on a team! I’ll never quit, so neither can you!”

The depression dragged on into the spring. Eventually, I was hospitalized and was at a place of hopelessness and depression. There wasn’t a medication that was working and my doctors were stumped. At one point, someone suggested electroconvulsive therapy (ECT). This is also known as “shock therapy.”

I initially wasn’t thrilled about this prospect, based on what I had seen in movies like “One Flew Over the Cuckoo’s Nest” and “A Beautiful Mind.” Turns out, I wasn’t the only one with these negative images in my mind. No one I talked to knew what ECT was. It was so scary to hear that my brain was going to be shocked and it wasn’t guaranteed to work. It was the only tiny glimmer of hope I had to pull me out of this unfamiliar, terrible darkness.

Let me make this crystal clear, ECT is not like it is portrayed in the movies! It is also not always effective for everyone. I was taking a chance by doing the treatment. Eventually, it was what saved my life and turned my darkness into light.

I was told the average amount of ECT one might have is six to nine treatments. Progress was slow at first, which was a little discouraging. It took me 23 treatments over the course of a few months to get to a place of stabilization. I was going in three times a week most weeks. I was cared for by an extremely kind, enthusiastic team of medical professionals who gave me so much love and saw my potential for greatness. They were patient with my unforgiving veins that were not often willing to receive an IV without a few attempts. They enjoyed my unique sense of humor and youthfulness. While I was a pleasure to be around, they always told me they hoped they wouldn’t see me again. This was because they wanted me to feel better.

The treatment itself was very humane. It only took a few minutes. I was put to sleep and a teeny tiny shock was administered to my brain to do some miraculous, hard to explain thing that somehow reset some of my “wiring” to get my mind moving in a more healthy direction. Luckily, it’s not my job to explain the actual procedure. The most time was spent in preparation for it and recovery from anesthetic drugs. Imagine this process three times a week. My parents were extremely strong and would take me at 5:30 in the morning to my doctor 30 minutes away. They would sit there until I was done (usually around noon).

The recovery after each treatment was a difficult process. When I got home, I would sleep for a few hours, wake up with a pounding headache and face the fact that my short term memory was pretty much gone. After I got over how terrifying it was for me not to remember what happened moments before, it became kind of funny. From the beginning of my long medical history, I have easily been able to find humor in most circumstances. Besides, it was a cheap trip to the video store when I could watch the same movie over and over and have it be like the first time I was seeing it every time!

When I was finally done with treatment, I felt like a whole new person. I was amazed that these procedures had ultimately saved my life! I did not even have to take medication for a few years.

This was not the end of my struggle. It was a reintroduction to a life I had known full of joy and hope. Every so often for the next few years, I would go in for a few rounds of “maintenance.” Those times were not scary because I knew what was going to happen and knew I would feel better.

It has been seven years since my last treatment (which was inconveniently during my second semester of grad school). I know in my heart it is my duty to speak up and erase the stigma that accompanies ECT. To tell you the truth, that is really hard. It is hard to combat the “shock” on people’s faces when you tell them what you have been through. People hear what they want to hear. They are so busy being uncomfortable about what they are hearing, that the fear overshadows the amazing fact that I am standing right in front of them and using all of my courage and confidence to tell them how healthy and well I am after receiving these treatments.

While I continue to fight for my own life, I want so badly to advocate for taking chances, moving past stereotypes and sometimes doing the unpopular thing. It has been 14 years since my first treatment and this is the first time I have the courage and vulnerability to write about this, knowing I have no control of who will read it once it is published. It is important for me to support others, share a success story and knock out stigma. This is no easy feat and I have dedicated my time to supporting others and empowering them to speak up for themselves and own their wellness. I hope this helps to grow your compassion, love a little more and join me in this difficult fight to erase the stigma around mental health issues. 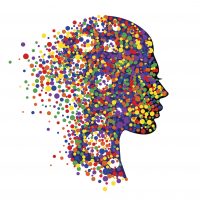