How Horses Can Help Veterans Struggling With PTSD

In the rocky hills of central Texas, there is a place where horses graze peacefully in their pastures, a large stocked pond glistens in the sun and heroes come to heal. On Fine Print Farms in Bulverde, Texas, is an equitherapy program I volunteer for called Reckless Rangers.

The Reckless Rangers program helps military members with post-traumatic stress disorder (PTSD) by giving them a calm environment to connect with an animal.

I have found many commonalities between veterans and the horses they work with. Firstly, both horses and veterans often have a heightened sense of their environment for survival. Horses are tuned in to their surroundings to assess for threats which allows them to pick up on emotions and feelings. Trained horses look to humans as the herd leader to feel safe, and in doing so, they mirror the emotions that the human has. If the person is calm and relaxed, it is more likely that the horse will exhibit those emotions; but if the person is scared or anxious, then the horse is likely to feel unsafe and act out that emotion. This phenomenon helps veterans struggling with the emotional effects of PTSD gain more self-understanding and self-awareness.

As veterans go through the program, they learn how to communicate with their horse and create a deeper relationship built on trust. They start with the basics — how to approach the horse and lead it around as they slowly increase their skills and competence. Over time, they move to harder skills such as taking the horse through a pattern or getting the horse to follow them in a round pen without any equipment. By learning how to communicate and work with these animals, veterans increase their self-confidence and self-efficacy.

One participant I met who was enrolled in the program served for nine years in the Marine Corps and four years in the Army, which included a 16 month tour in Iraq. He got involved with the program after inquiring with the farm about riding lessons. During the conversation, he mentioned he was a veteran, and decided to check it out. This veteran went from having very little horse experience to working with the program’s biggest horse, Martial Law.

I spoke with this veteran about his experience, and he told me that horses have helped both him and other veterans struggling with PTSD by giving them a schedule and a safe space to practice positive skills to cope with their PTSD symptoms. The horses allowed him to focus on a single activity, feel calmer in his surroundings and cope more effectively with environmental triggers. The horse must be given full attention, without force, in order to train it. In turn, this concentration and focus has allowed him to relax. Having a relaxed environment to turn to each week has helped both him and others cope with other difficult or stressful situations off the farm.

Horses are amazing creatures, and like a lot of animals, can play an important role in the treatment of PTSD and other mental illnesses. I’ve seen and heard firsthand what a big role horses can play in a person’s road to recovery. 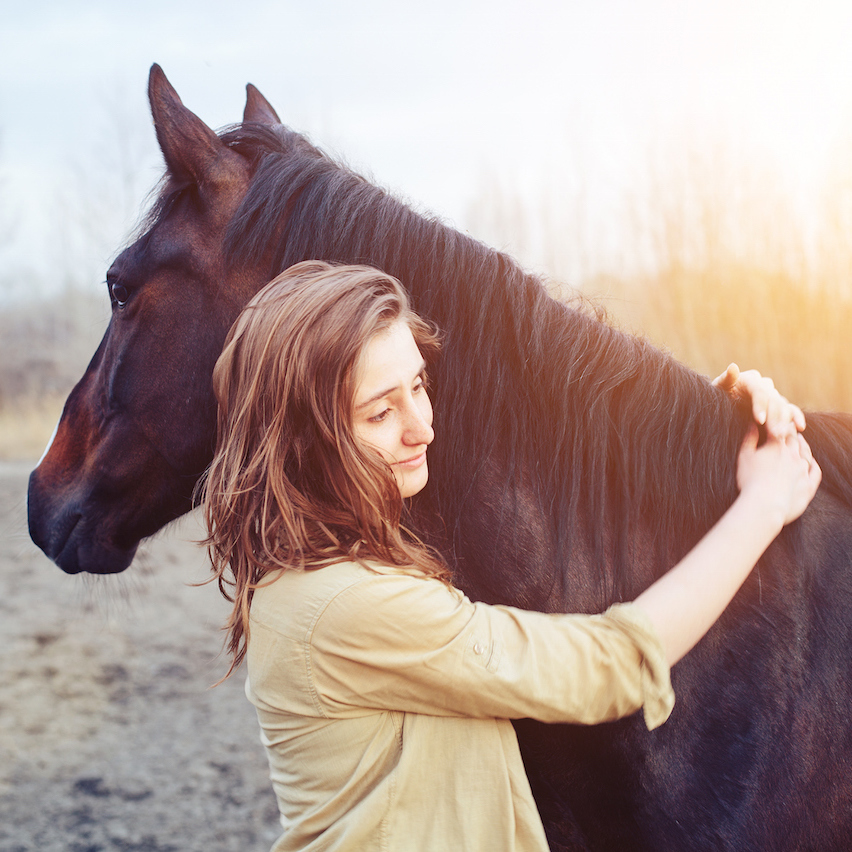