When Agoraphobia Left Me Alone and Housebound for Months

Agoraphobia has always lingered in the background of my life, trying hard to keep me down as part of my general anxiety disorder. For the most part, I have managed to avoid being completely destroyed by it. I have a hard time leaving the house unless it is something specific that I know I must do – like work or a doctor’s appointment. Grocery shopping or going to the bank all become optional and reserved for a good day. But there was a time when the darkness got hold of me, and I did not set foot outside my apartment for two months. I didn’t drive for four. I survived – but it took an almost unfathomable amount of strength, and some creativity, to escape.

I don’t know how it started. It’s not unusual for me to not leave my apartment for a week, but usually, I get out eventually. Even if it is just to take the trash to the dumpster myself instead of leaving it by the front door.  I always like big-box stores such as Costco, because I could survive months off one trip. I always maximize my “outings,” but one day I realized that I couldn’t leave. I wanted to, I needed to, but I couldn’t. I assumed it would pass, but each day I retreated further and further. Eventually, I didn’t even go in the living room. It became hard to even leave the bedroom. I could go days without eating, not because I had no food, but because I couldn’t get to the kitchen — I would freeze before I got out the door of my bedroom. I would be sweating and shaking and crying – all the while I knew it was completely absurd. Finally, I learned to crawl to the kitchen and drag as many things back with me as I could, for fear it might be days before I could manage to go back. In the back of my head, I knew I was going to die. I would run out of food, out of strength, out of time. I knew I was going to die, I just didn’t know when.

What I didn’t realize was that I was losing track of time. It was the end of summer. I didn’t have a job to go to and university hadn’t started back up yet. The first few weeks I just figured it would get better. But it didn’t. Soon I became so consumed by it that I didn’t even register for fall classes because I knew I couldn’t leave my apartment and drive half an hour to school. At that point, I couldn’t even walk to the front door, better yet open it. Just the thought of doing so would leave me dizzy and shaky. I couldn’t ask anyone for help because no one knew. I had no support system. I was alone, I was trapped, and I was scared.

One night, after two months of not being able to set foot outside my apartment, I knew I had to do something. I grabbed a pen and some post it notes. I decided to harness my innate resilience to save my life. I decided on five things I was going to do that week – cook a meal, open a window, sit in the living room for at least one hour, vacuum and take the trash downstairs. Not all the way to the dumpster mind you – just from the second floor to the first. But that seemed impossible. The rules were simple. I folded up the five pieces of paper and each morning I would pick one at random and that would be my task for the day. The catch? If I didn’t feel up to it, I could put it back and pick another – but I had to do something. Which meant if the first thing I picked was going outside, putting it back only meant I would have to do it sometime in the next five days. I’m the kind of person who likes to get the hardest things out of the way, so I knew I wouldn’t procrastinate. I knew it would work if I would just find the strength to do it.

The first thing I ended up doing was spending an hour in my living room. I didn’t realize how long it had been since I was in there until I noticed the vacuum lines on the carpet from a month ago. I pulled out a DVD and forced myself to sit awkwardly on the couch, which felt foreign and strange, and watch a movie.

Each day I would repeat the process, and each Sunday I would make a new set of tasks for the week. Some were repetitive, like vacuuming, taking out the trash, and spending time in the living room or on the patio. I tried to build confidence and strength off those things, and hoped it would lead to “bigger” accomplishments. After two more months, I had lost 10 pounds from the nausea and fear that consumed me. But I was making progress, a tiny bit at a time, and I finally added the most dreaded task of all – driving.

I’ve been driving since I was 14. Everybody drives in the south. It is too hot to walk anywhere most of the year, and nothing is close enough even if you wanted to. But I knew I would have to break it up. So I made a plan for the next five days – this time in order. Go downstairs and sit in the car with it running. Drive around the apartment complex. Drive across the street to the grocery store. Drive down the interstate. Drive for 10 minutes. Drive all the way to school. Just sitting in my car felt very strange. The seasons had changed in the time since I last drove. The air conditioner was blasting as soon as I started the engine, because I hadn’t driven since summer time, and it was almost winter. It took forever to get the courage to put it in reverse and back out of my parking place.

By the time the week was over, I found myself standing on my university campus in tears. How had it gotten so bad? An entire semester had gone by and all I had done was eat crackers on the floor of my bedroom. I couldn’t believe it. It had only been months, but it felt like years. Like emerging from a nuclear fallout shelter. The weather had changed; the world had kept going without me. And there I stood transfixed by what I was seeing. Life had continued living, while I had been slowly dying.

I still have to force myself out of the apartment quite often. Make up a reason when I haven’t left in days. But it has been years since that fateful fall, and I know I can never again let it get that bad. I have to fight. I have to push myself when it hurts because if I don’t I will be swallowed up by this thing. I have to make myself take each terrifying step no matter how impossible it seems.

I’m helped dramatically by medication. But even with it, every day is a challenge – some more than others.

I know it could happen again, and I have no idea how I would handle it. But I’ve done it once – and that gives me just the tiniest bit of strength to know that if I have to, I can conquer it again. No matter how impossible it seems, I know I have to keep going — because the world isn’t going to wait for me. 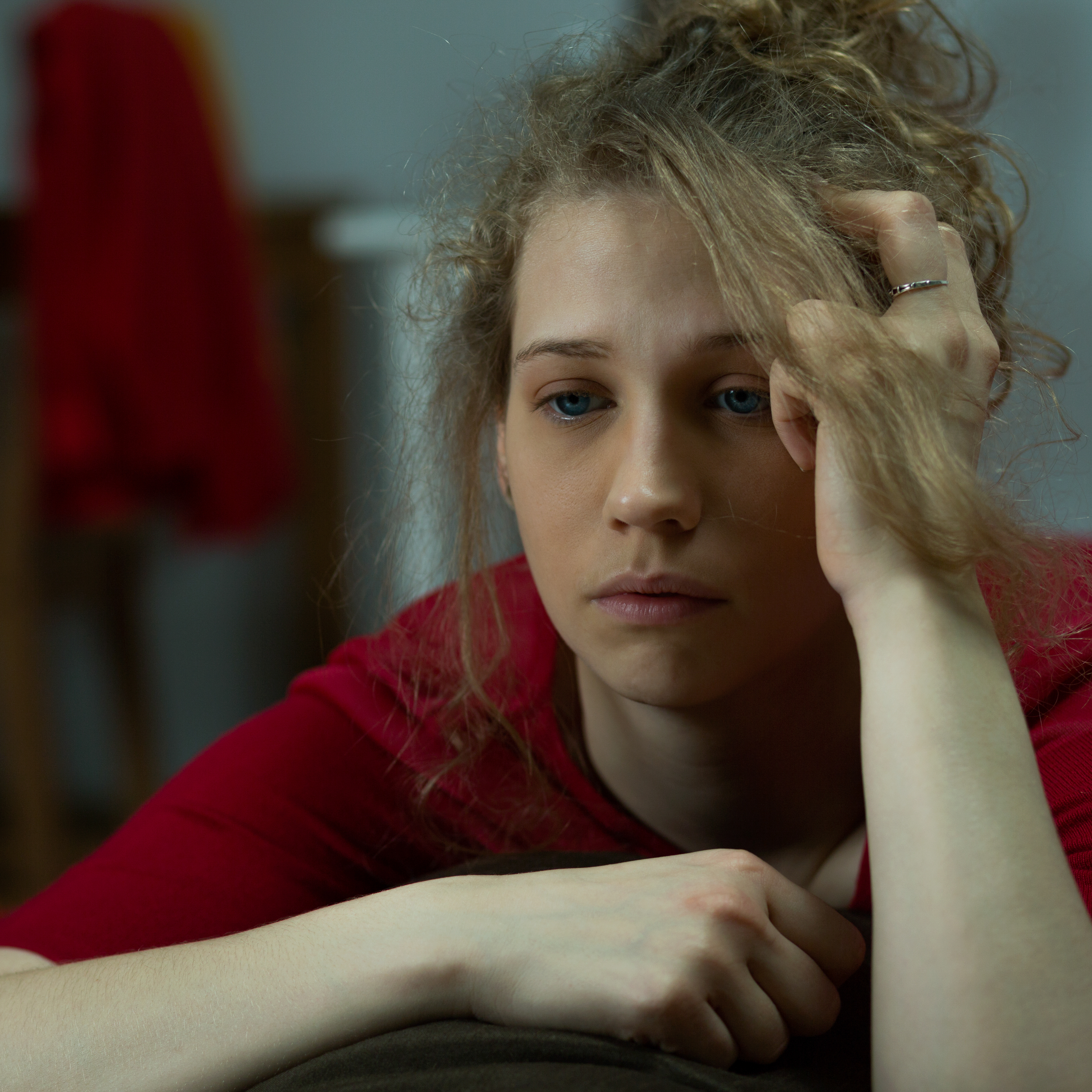