As superhero fans (and anyone who enjoys a kick-ass female-led action movie) flock to theaters to see “Wonder Woman,” which has quickly become the best box office debut for a female director ever, we started thinking about the Wonder Women in the mental health community who use their platforms to kick mental health stigma’s ass (and a whole lot more) every day. From celebrities who spread awareness and acceptance, to people who’ve started organizations that lift others up, we’re lucky to have so many female role models who are out and proud about living with mental illnesses. Thanks for leading the way, ladies.

Here are a few of our female mental health heroes. Add yours in the comments below:

Superpower: Proving every body is beautiful and that eating disorder recovery is possible. 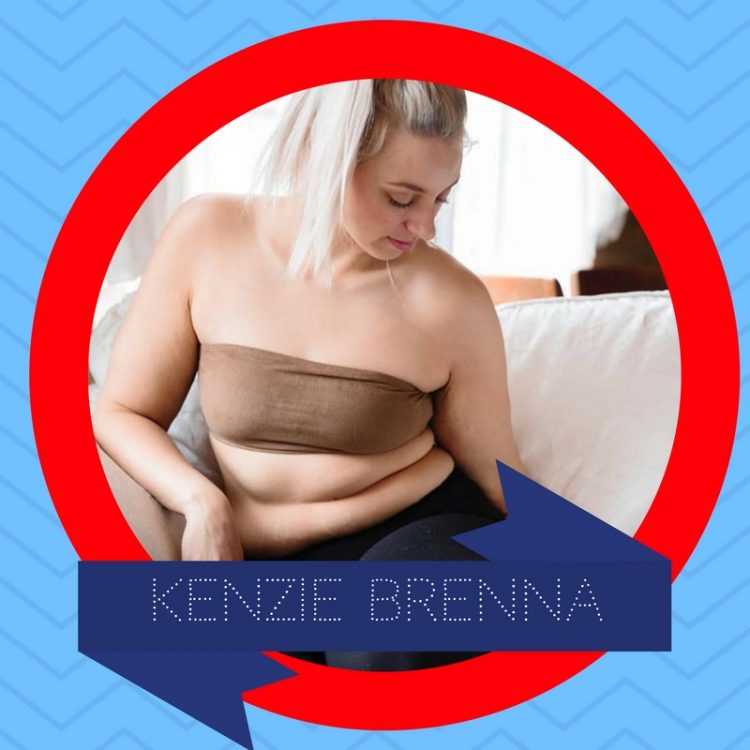 Kenzie Brenna is in recovery from body dysmorphic disorder and an eating disorder, and shows her 182,000 followers on Instagram it’s OK to love their bodies — wherever they’re at — by loving hers. She’s also the creator of #celluliteSaturdays, a hashtag that encourages women to show off their cellulite and embrace every part of their body.

Superpower: Talking about what it is like being depressed while black. 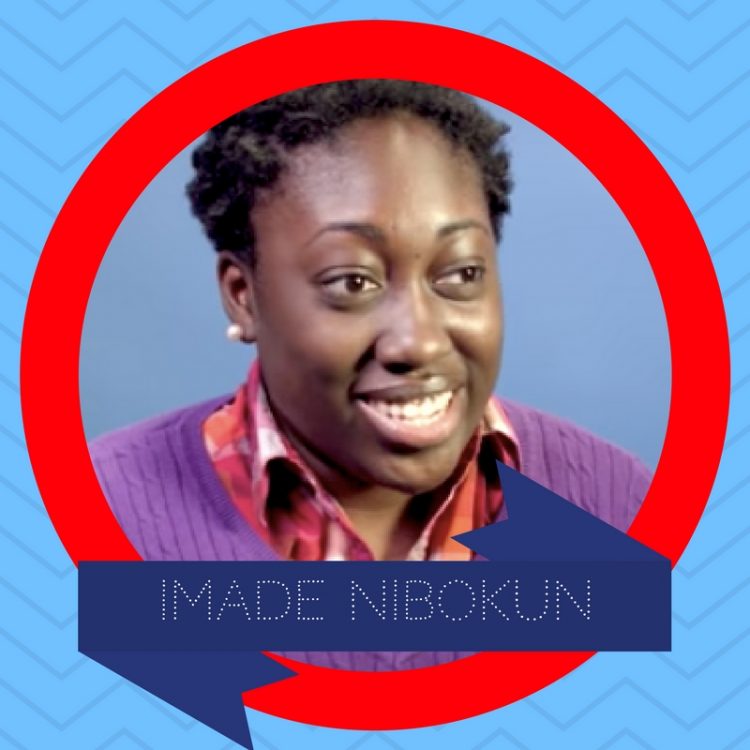 Imade runs Depressed While Black, a blog that shares mental health stories through an African American lens. She’s working on a book by the same title and talks about how she used to think depression was a “white person’s disease” in a video for Project UROK. 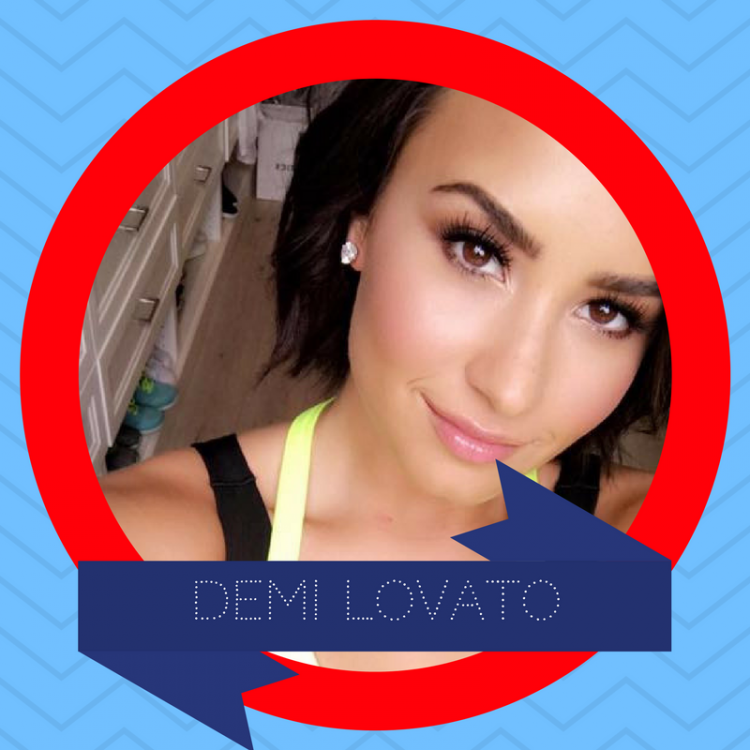 The former Disney star and current pop star is one of the loudest celebrity voices in mental health advocacy right now. She never hesitates to open up about living with bipolar disorder and has also recovered from an addiction and an eating disorder. Better yet, she puts her words into action, visiting Capitol Hill to talk about mental health policy, and also giving back to the treatment center that helped her get back on her feet.

Superpower: Taking the shame out of hypersexuality. 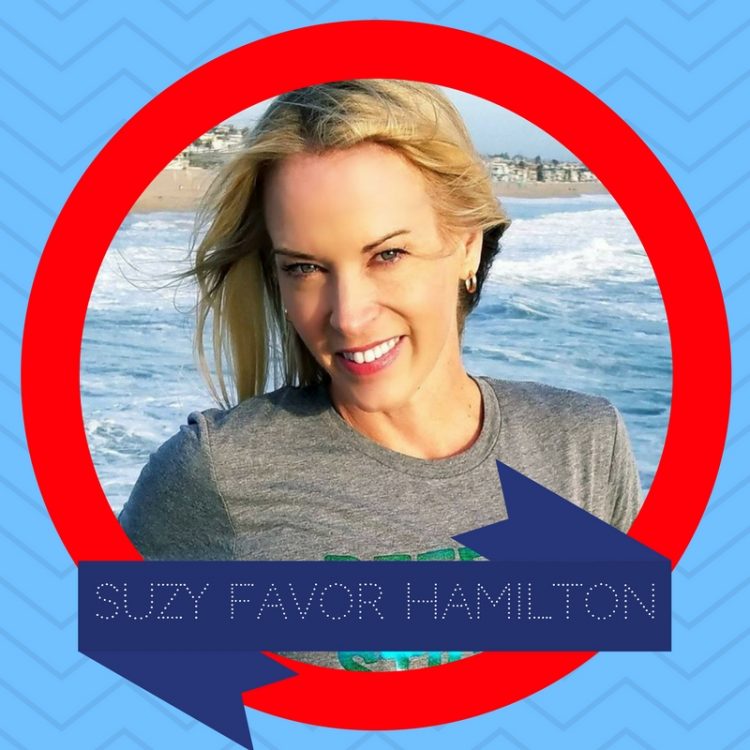 Suzy Favor Hamilton is a former Olympian athlete who almost lost everything when she was exposed as living a double life as a Las Vegas escort. When it was discovered that her antidepressants had actually sent her into a state of mania and she was properly diagnosed with bipolar disorder, she went on to write a memoir about her experience. Now she works to destigmatize hypersexuality, a symptom of bipolar disorder that’s not often discussed, and sex work in general. 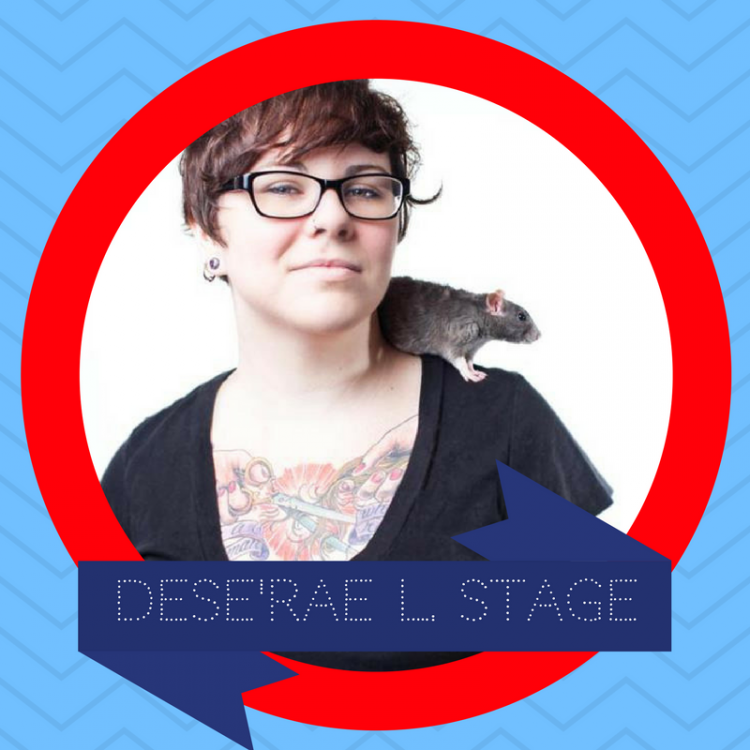 Dese’Rae L. Stage is the founder of Live Through This, a photography project that captures images and stories of people who’ve lived through suicide attempts. She was inspired to start the project when, after her own suicide attempt, she had trouble finding others who shared her experience. Now, she helps suicide attempt survivors tell their stories and find a community. 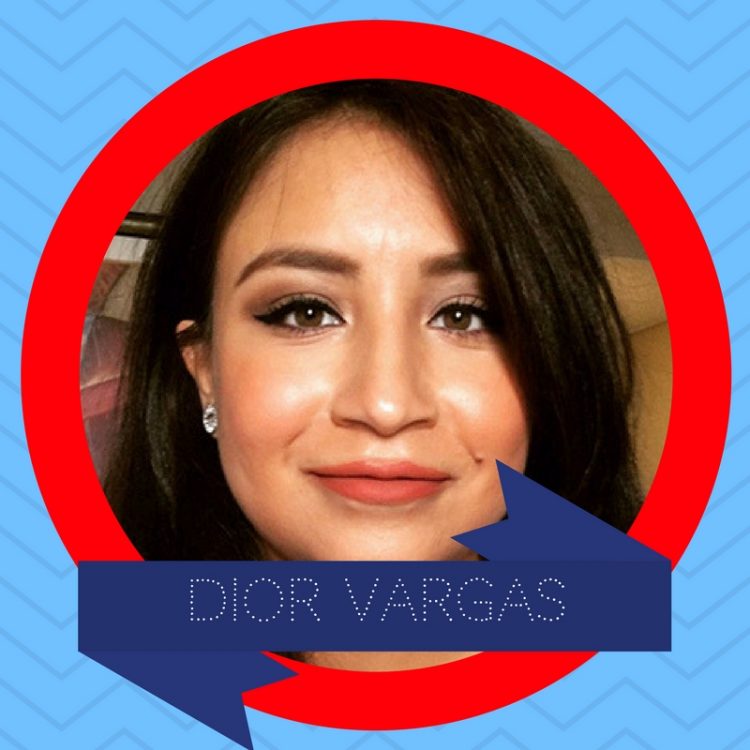 Dior Vargas, a Latina feminist mental health advocate, created the People of Color and Mental Illness Photo Project as a response to the “invisibility of people of color in the media representation of mental illness.” She was named one of the “15 Remarkable Women of Color Who Rocked 2015,” and we couldn’t agree more. 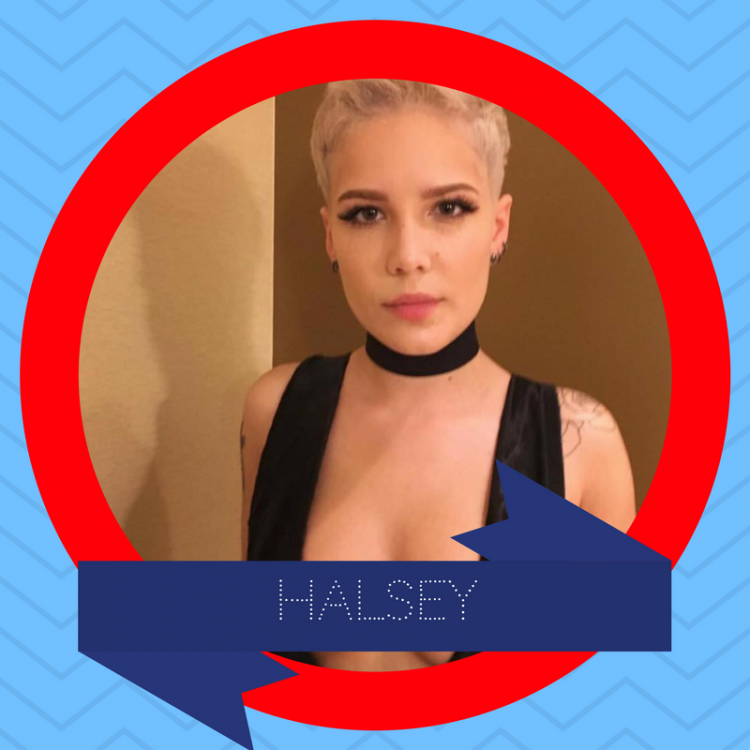 Halsey has gotten seriously honest about living with bipolar disorder in various interviews. It was hard for her when she first “came out” though, and in an interview about what it was like to come out publicly, she said, “I believe I deserve to chase my dreams and do what I love even though I have a mental illness… the fact that people refuse to be sensitive to that, shows me that we still have a very, very, very long way to go.”

Superpower: Transforming texting into a lifeline. 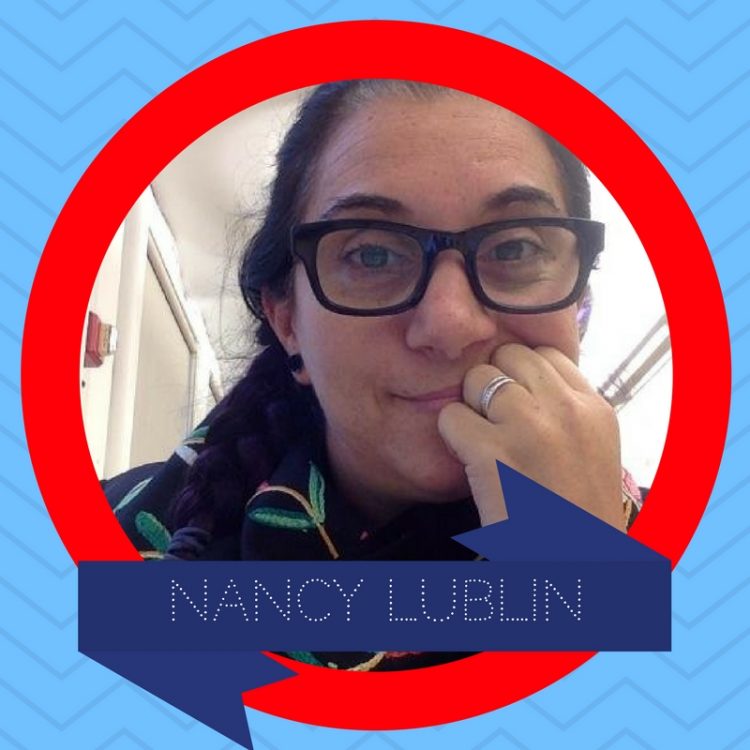 Nancy Lublin is the CEO and founder of Crisis Text Line, an organization that allows people across the United States to access a crisis counselor through texting. The service has processed over nine million messages since launching in August 2013. 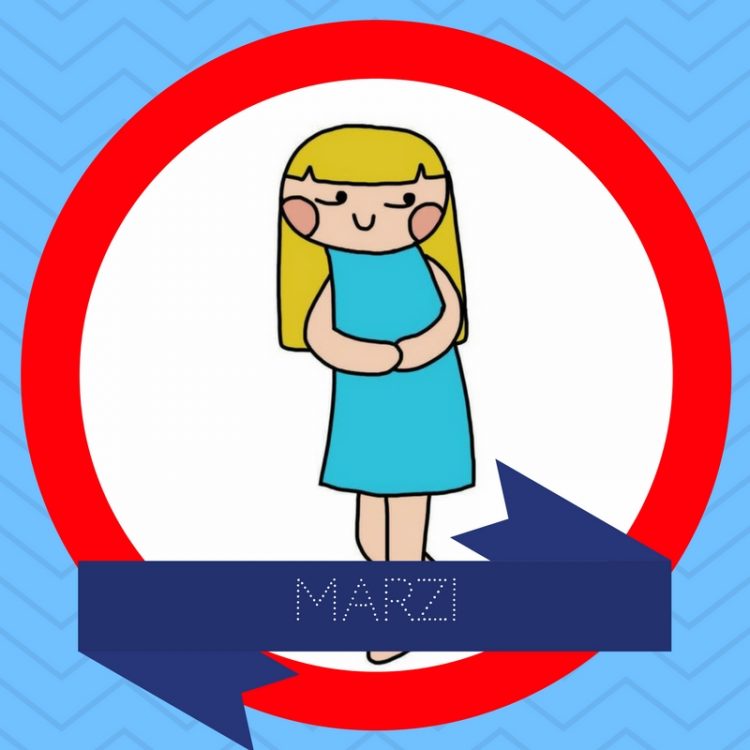 You probably know her best in her signature blue dress from the beloved Introvert Comic series, but you can occasionally see the super shy illustrator pop up in a selfie, too. Whether she’s talking through cartoons or IRL, Marzi has made a name for herself making relatable comics for introverts. This include tacking issues like anxiety, self-harm and diversity. 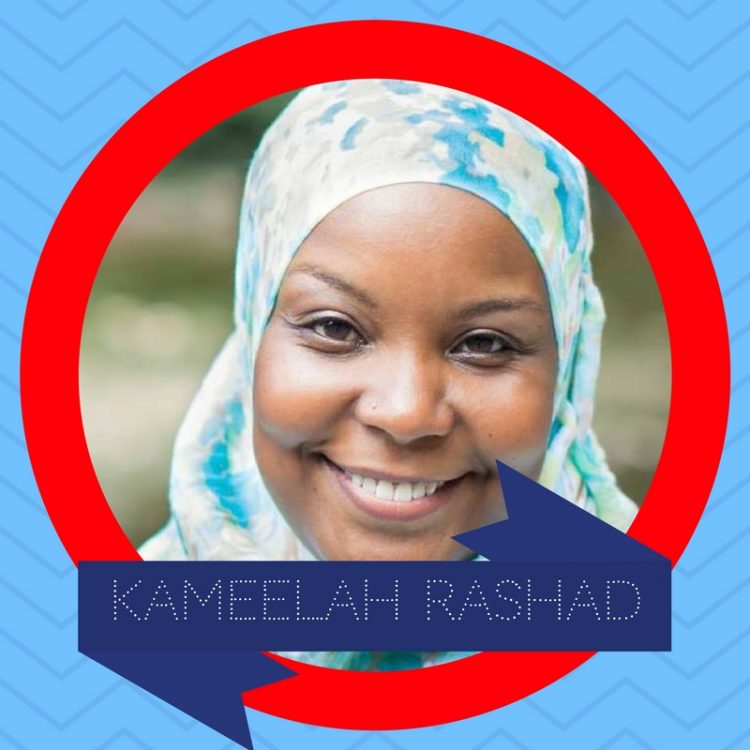 Kameelah M. Rashad is the founder of the Muslim Wellness Foundation, an organizations with a core mission to reduce stigma associated with mental health, addiction and trauma in the American Muslim community. They’re based in Philadelphia and use dialogue, education and training to get Muslim Americans the mental health support they deserve. 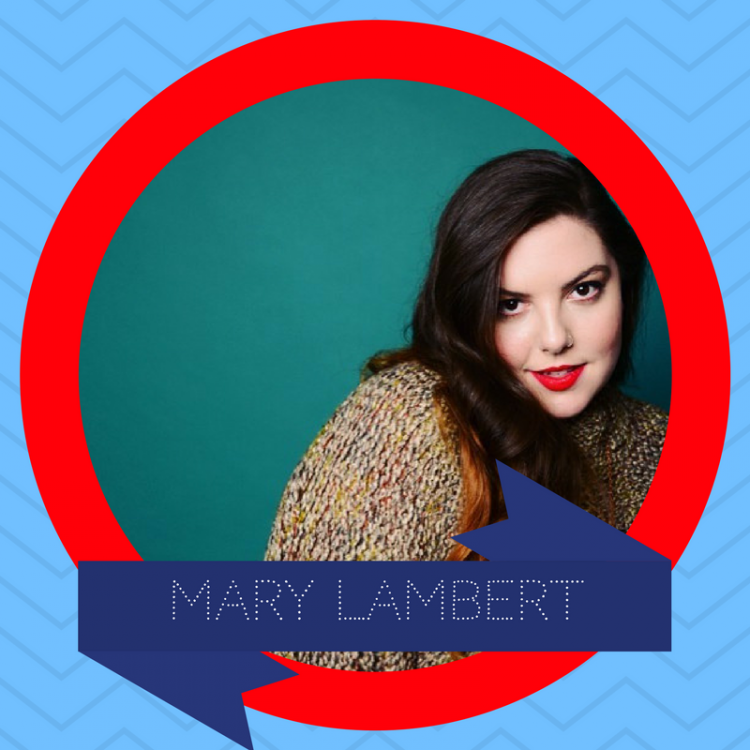 In a recent interview with Cosmopolitan, Mary Lambert opened up about the sexual violence she experienced as a child and how it affects her today. The singer and poet is also a body-positive advocate who lives with bipolar disorder. She uses her experiences to write songs and poetry that let others know they aren’t alone.

Superpower: Giving people a stage to tell their stories. 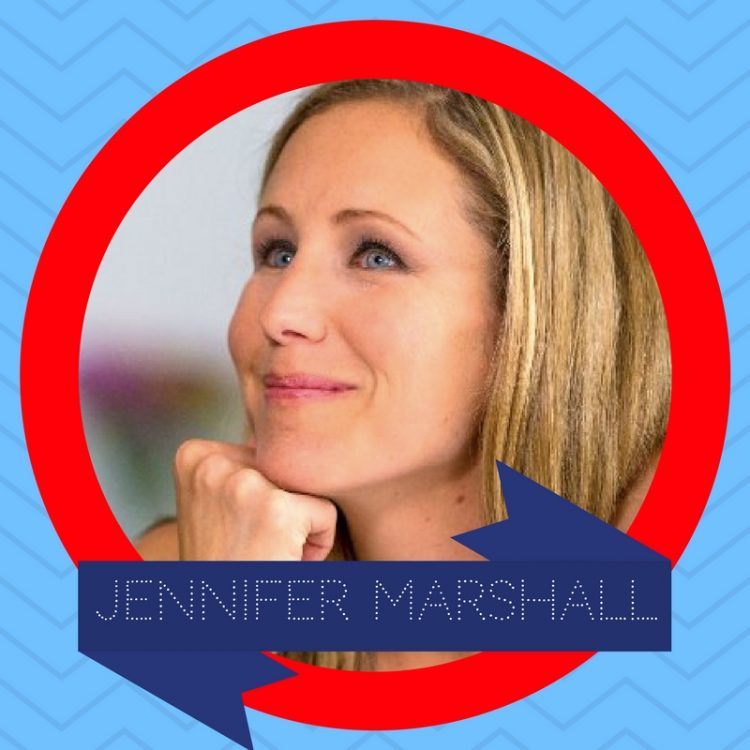 Jennifer Marshall (who runs the blog Bipolar Mom Life) is also the founder of This Is My Brave, a traveling show that features people who live with different mental health conditions. If you’re interested in going to a show, here’s the schedule. You might even meet Jennifer there!

Why Are We Conducting This Study? In 2016, nearly 45,000 people died by suicide in the Unites States alone. For each suicide, somewhere between six and 20 family and friends are affected. Every year around one to three quarter million people are touched by suicide. Despite this growing need, there remains much to be learned about how people bereaved by suicide can grow and recover in the wake of a loss. During the acute stages of grief (i.e. less than six-months post loss) habits and tendencies relating to how a person thinks and feels about the loss develop. These mental habits can set the course for the rest of the grieving process. As a result, this represents a critical time period in which to develop a potential intervention. For this reason, the Survive Together research study at the New York State Psychiatric Institute/Columbia University Department of Psychiatry seeks to understand the thoughts, feelings and brain-responses that occur during acute grieving which promote long-term growth and wellness. This knowledge will serve as the basis for a treatment strategy aimed at helping people grow and thrive in the wake of their loss. What Can You Do? The Survive Together study presents an opportunity for suicide loss survivors to contribute to our mission of helping people grieving suicide. We are looking for people who have lost a loved one to suicide within the past five months. You can participate even if you do not live near NYC. If interested, please contact [email protected] for further details. How Does This Work? The human brain is equipped with resilience tools that help a person grow and thrive after painful events. However, not all people are able to respond to painful events in this way, and sometimes the pain is too overwhelming. Survive Together aims to identify the resilience tools that help people adapt and grow in the wake of a suicide loss, using a brain imaging technique called functional magnetic resonance brain imaging (fMRI). By identifying the brain’s resilience tools for dealing with suicide-loss, we will be able to develop treatment techniques to help people use their brain more effectively to find wellness, meaning and growth after losing a loved one to suicide. Please note: This study is recruiting until 2023, however participation is only possible within five months after loss.