As somebody who’s chronically ill, I am almost constantly downplaying anything and everything about my illness – my physical symptoms like pain, fatigue and nausea, and my emotions and mental state like my stress levels, frustration, anger, depression and my fear. I was recently asked why I do this…oh boy. I downplay and hide the severity of my situation for many reasons.

When I first tell people everything that’s wrong with me, they often don’t even believe me. They think I’m a hypochondriac. People tend to doubt that things can possibly be that bad, that a body can have that many things wrong with it. I’ve had so many people doubt me – doctors, loved ones and plenty of strangers – and it just sucks. Why would I want to put myself in a position to not be believed and to be thought of as dramatic or a liar?

I also hide for people’s comfort and for my own. I know being honest about being disabled and not somehow spinning it in a positive way makes people feel awkward. People don’t like knowing there are things they can’t control and there isn’t always a happy ending to the story (not that I don’t enjoy my life, but people are usually horrified when I’m honest about my illnesses likely never going away or getting better). And I really honestly don’t care anymore when I make other people uncomfortable, because this is the reality of my life, but their discomfort makes me uncomfortable and on some days I’m too tired to deal with that so I downplay everything instead to avoid the mess in the first place.

Also, explaining in general is hard. It takes so much energy and brainpower to think of ways to explain what’s going on that make sense to people. Not to say that people aren’t smart or something, it’s just that most people haven’t had the privilege of learning what a radiofrequency ablation is by age 24, or at any age probably! So I have to figure out how to explain what’s going on and why I’m on this medication or having this procedure or why going to the mall kept me in bed for two days afterwards – it’s not normal people stuff. And that takes energy I often don’t have. So it’s easier to just say everything’s fine and nothing’s going on and I just don’t feel well again because, in reality, the deadening of the occipital nerves in my neck with heated electrodes was not a pleasant experience that I don’t feel like explaining and reliving and I don’t really feel up to being social after it! And a lot of the time nobody really cares much about the details anyways.

I’ve been told it’s my attitude that’s making me sick, that I’m “crazy” and I’m just not trying hard enough to get better. It seems as though many people believe deep down that it’s my fault I’m still sick and I’m not dense, I’m aware of this. People are never going to understand unless they’ve gone through it, so why should I waste my breath trying to convince them of how bad things really are and that it’s beyond my control? They’re not going to believe me and they’re never going to get it anyways.

So you learn to stop being honest. It’s a defense mechanism – a way to survive. A really, really depressing one. Because when you’re sick and in terrible pain, you want comfort, and when you find that not only is there no comfort, there’s not even belief in something that’s so terrible, so real, so consuming for you, the disappointment is crushing. And when somebody questions something so undoubtedly real for you, it feels more like they’re questioning you and your integrity. Revealing details about your illness is extremely personal and it’s something that becomes so interconnected with your sense of self that the doubt and the apathy feel very much like a personal condemnation.

It’s absolutely crushing to feel as though you have to hide to survive. But I really do feel that I would not have been and still may not be able to handle the constant criticism, doubt, disbelief, discomfort and apathy I experience as reactions from people who seem as though they actually want to know about my life. It truly is a survival mechanism. 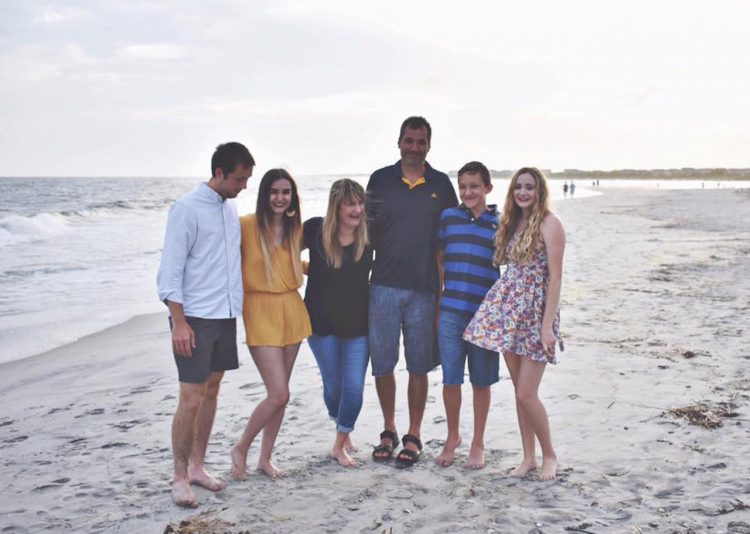 And I do it with people close to me, too. I rarely admit how bad things actually are because I don’t want to scare them or annoy them. I feel like they probably feel uncomfortable too, and they probably doubt me a lot even though they don’t say it, and they probably don’t really want to hear about the same pain I’ve had for eight days in a row now. And I feel like they’ll leave if I’m honest, either because they can’t believe it’s actually that bad or because they just can’t deal with it anymore.

I think that’s what’s so depressing about it all. Obviously my view of humanity has become fairly bleak. But it’s become that way for a reason. The sad part, though, is that I’ve internalized all that negativity and let it affect the way I communicate with my loved ones. I would love to be completely honest about how I’m feeling all the time (at least with the people closest to me, who deserve my honesty and openness), but I’m absolutely terrified to do that.

I don’t really know what to do about it, either. It’s extremely difficult to undo something that you feel has helped you survive in a hellish situation. But I’m really, really sick of hiding.

I feel that hiding has helped me psychologically, in that it’s protected me from ignorant and harmful judgments about illnesses that have become a large part of my identity (whether I wanted them to or not) time and time again, but it’s beginning to backfire too. Hiding from my loved ones because I’ve internalized the belief that people generally don’t care is very damaging and I’m starting to realize that.

When I say I’ve internalized the belief that people don’t care, this doesn’t mean it’s true. But when I think about how I’ve felt in all of the above interactions where I’ve tried to be honest with people, I started hiding because their discomfort or their unwillingness to listen or their doubt and disbelief make me feel like they don’t care. That’s the feeling all of those negative reactions evoke that causes me to hide. Whether that’s the truth or me reading into the situation obviously depends on the situation, but I’ve been in these situations often enough to know that people seem perfectly satisfied with my token smile and a flip of the script with an “I’m OK, let’s talk about you!” Their lack of further inquiry time and time again seems pretty clear. Not that they don’t care at all, just not enough to ask twice, and not enough that I’m going to be honest and use the energy explaining how I really am while risking the judgment and humiliation.

But with people close to me, it’s damaging to do this because they do care and I need the care. I do. It’s OK to need things! And my fear, while initially a protective feature, is now preventing me from getting what I need. I’m too scared to ask for it because I’m afraid I’ll be right and nobody will care. But I know deep down that’s not true. I know some people in the world are crappy but I know most people aren’t and especially not those close to me that have stuck around through this much already.

This was really difficult for me to write and for me to even admit to myself in the first place. People not really caring about me is probably one of my biggest fears, and I’m probably not alone in that. But that’s really why I hide. I’m not ashamed of being sick anymore, it’s not my fault, it’s not anything like that. It all comes down to repeatedly getting so many apathetic responses that I genuinely stopped believing that people cared about me.

But I know that’s not really true, and I can’t keep moving forward by isolating myself because of this fear. I need to trust in other people, especially the people that have proven to me that they care about me time and time again. I can’t let this fear stop me anymore. Holding it all in is too consuming. I need to focus my energy on the people who I know care about me, and not worry about the ones who have shown me indifference or lack of care.