When Your Physician Disregards Your Mental Illness

I am a newly minted mom of two; my beautiful baby boy is just 3 months old. He is a pure delight – a happy as can be little ball of love who already sleeps through the night and requires very little aside from bottles and clean diapers. But boy, did he give me a run for my money while he was living inside me. His 2-year-old sister did the same. I am convinced I was blessed with amazing babies because they were true womb terrors for 10 months. Yes, 10 months, not 9, because I will account for every technical last day that they tortured me.

Although I definitely had a highly hormonal rough patch shortly after my son’s birth, I believe I managed to escape the grips of postpartum depression. This is an achievement for me, because depression has been a part of my life for at least 16 years. I was 19 years old when I can first remember being stuck in my apartment bunk bed on a beautiful sunny spring day while my friends were outside enjoying the annual college-wide Spring Fest. I actually lost the “Freshmen 15” instead of gaining it because I preferred to stay in my tiny dorm room instead of venturing out to the cafeteria to eat and socialize. I have since experienced recurring depressive episodes at minimum every year, but usually more than once a year.

Just before I became pregnant with my now 3-month old, I made an appointment with a new primary care physician because I had had enough of my current depressive episode and decided to finally give medication another shot. I had tried SSRIs many years earlier (in my early to mid-20s) unsuccessfully. If I remember correctly, I was not super diligent in taking the medication on time and I also was not a fan of the side effects. Aside from these things, although I am science-minded (I studied biology and work in Biotech) I don’t love the idea of taking pills to make me happy. However, I was once again at a loss of how to pull myself out of this most recent episode and decided to give medication another shot.

Before I took that first pill, I felt the need to take a pregnancy test, just to be sure I wasn’t pregnant before I began an SSRI. It must have been Mommy Intuition, because it only took one generic pregnancy test to confirm that baby #2 was on the way. I put the pills back in the cupboard and didn’t touch them again.

Since pregnancy spans the good part of a year, it was inevitable that I would experience some depression while I was pregnant. And I did – for both of my pregnancies. My “morning sickness” was like a golden ticket to depression. My nausea (with vomiting) occurred all day and night and lasted at least halfway through each pregnancy, but never fully disappeared. How someone could experience that and not get depressed was well beyond my cognition.

I was referred to my obstetrician by a business colleague who knew the Department Chair at the renowned teaching hospital I had chosen to give birth at. I was confident I would receive the absolute best care here and that my son would be in highly competent hands throughout. For the most part, this was true. My labor and delivery were so exceptional that I am already starting to blur on how rough the pregnancy was. If it was always that easy, people would have way more babies.

Despite a few things that bothered me throughout my prenatal care experience, there is one thing that really bothered me. As part of my regular medical history, I, of course, listed my depression and anxiety. I never omit it. It is always present in my mind, even if I’m not currently depressed. I want my doctors to be aware I have depression and anxiety because they affect every area of my life and can get very scary at times.

My care provider has a great online system that is updated after each visit, test, etc. and allows patients quick and user-friendly access to visit summaries, lab results and upcoming appointments. When I received the link to the online portal, I logged in and enjoyed that I was able to see everything in detail from my appointments. Then I noticed something that stood out to me immediately. Under my Health Profile, there is a “Health Issues” section that lists anything of note and/or anything the doctors are monitoring. Included in the list were my old friends, Depression and Anxiety. They had been added because I had included them in my medical history and had also mentioned them to my doctor at my first visit. Next to each of them, staring back at me was the text “Status: Resolved.” Resolved? Says who? Where was I to miss the monumental occasion of my depression and anxiety finally being resolved? This so-called resolution was certainly news to me! What it should have read is “Status: Not Important/Ignored.” This felt like a slap in my face.

So, here I was, in a depressive episode and without the lifeline of medication for at least 10 months. I knew I would make it through like I always had, but I knew it would also be difficult, like it always was. I fell into a major depression during the worst of my morning sickness and had intense anxiety in the middle and towards the end of my pregnancy. I remember telling my husband a few times that my anxiety was out of control and telling my OB that it was “off the charts.” I had panic attacks and actually thought I was going to have a heart attack. I had or was close to tears often and my anger was increasing. I felt like I was going to have a complete breakdown or even go into preterm stress labor.

I had a couple of other medical issues with this pregnancy that the doctors took very seriously (sometimes too seriously) and were super diligent, proactive and thorough in their monitoring and care. So why were my depression and anxiety overlooked? Why was it immediately deemed as “resolved” even though it by no means was? Why did it not get the same level of attention that my non-mental health issues did? It should have been a foremost discussion at every visit – because I can tell you, it was way more troubling than any of the other medical issues they were following me for.

I see this as a major flaw in healthcare. We are physically focused and mentally lacking. My depression and anxiety affected me nearly every day of my pregnancy but didn’t get a second glance from my care providers. I’m not even sure exactly what they could have done about it or what I expected from them, but I think maybe just acknowledging it, asking me how I was doing and making a support plan would have gone a long way. Instead, it was dismissed. From my experience, this is pretty much the opposite thing that should be done with a person with depression. Thankfully, I have never been low enough to attempt suicide, but what if I had been? There were at minimum 20 opportunities for my doctors to check in with me, help me, guide me and reassure me. Instead, I struggled on my own and rode out the depression like I have always done, hoping for the best and waiting for the light at the end of the tunnel.

Editor’s note: Please see a doctor before starting or stopping a medication. 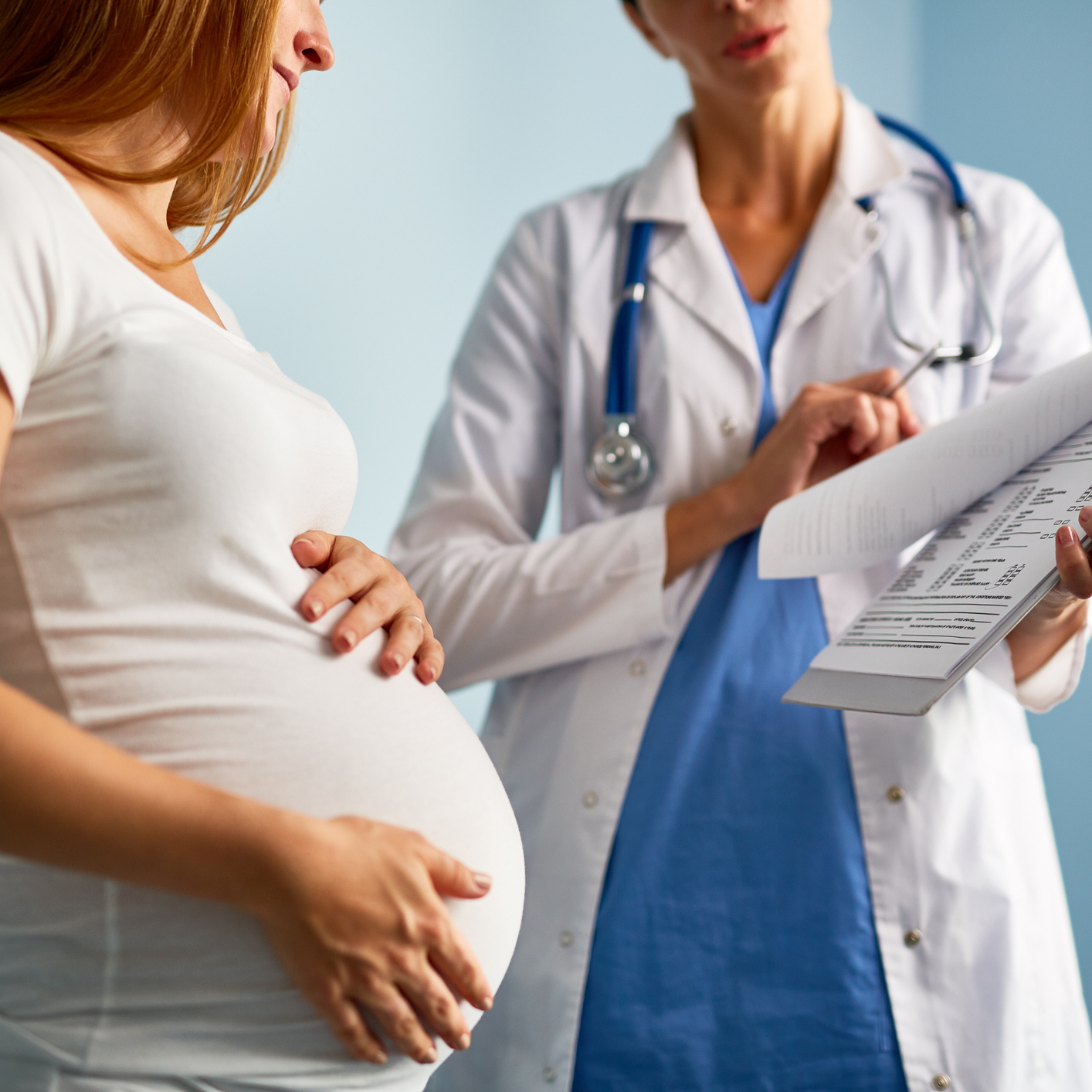