I’ve discovered that news and entertainment organizations either fail to write about rare diseases like pulmonary hypertension or portray them inaccurately.

When you’re living with PH, this can make you feel even more isolated, especially if you’re a young adult. News coverage has made me feel that few people have PH and that there are few people on oxygen I can look up to. Because the media rarely features either PH or the oxygen use associated with it, I have also felt that the world wouldn’t accept my diagnosis and disability. 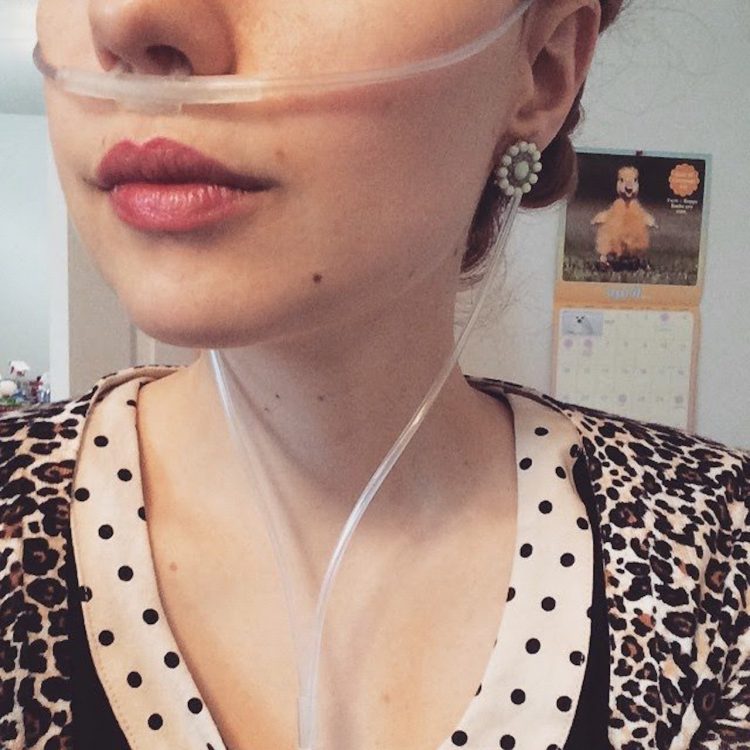 As far as I know, no celebrity has the disease, advocates for PH causes or uses oxygen. While some runway designers have hired models with disabilities, I have been unable to find one who uses oxygen. Same goes for companies such as Aerie and Dove that have embraced models of all shapes and sizes, but have yet to embrace an oxygen-using model.

The media’s pattern of ignoring PH and oxygen use has actually made me feel like something was wrong with me. It has made me struggle with my self-confidence and identity. I wondered: “Could I still be sick and beautiful?”

Emma Decody is a character on the TV series “Bates Motel.” She is a young adult with cystic fibrosis (CF). At one point she receives a double lung transplant.

The show’s portrayal of someone living with a life-threatening lung disease is unrealistic. Emma is able to run and climb mountains while on oxygen, barely needing to catch her breath or cough. Later she is able to get pregnant and give birth, which is considered risky for someone with a double lung transplant.

While “Bates Motel” did downplay some aspects of living with a serious lung disease, and requiring oxygen, I applaud the production team for creating an endearing character. Emma gave a face to young adults who use supplementary oxygen. Although she was sick, she was smart and well dressed. There was more to her than just her oxygen tank, which can sometimes become a character itself.

Theaters began showing “The Fault in Our Stars” several months after my PH diagnosis, around the same time I tried to go back to work. Suddenly young girls at shopping malls would whisper “Hazel Grace” – the name of an oxygen-using character in the movie – behind my back. My boss said using oxygen would become popular because of the movie. Being compared with a terminally ill fictional character was probably the last thing I wanted to hear, however.

Love stories about terminal or life-threatening illnesses leave a bad taste in my mouth. “The Fault in Our Stars” was one of them.

Many of us with PH have complicated relationships due to the disease or living on oxygen. Life-threatening illnesses that can require the use of oxygen and IV medications make dating and relationships harder. For some, romanticizing serious illnesses can be more hurtful than helpful because such portrayals are so far from reality.

While “The Fault in Our Stars” captured some of the raw emotions that people feel when they have a serious disease like PH and use oxygen, my take was that it sensationalized many of our hardships. We are so rarely represented in news and entertainment media. A love-story plot revolving around illness or disability can make us feel we’re not being represented in a realistic way.

The way to generate more realistic portrayals of PH patients and oxygen users in entertainment media is for script writers to speak with real patients when creating characters, or for directors to hire talented people who have PH or use oxygen.

It is fine to show the struggles of people living with a disease or using oxygen, but it would also be a good idea to show someone with a disability doing normal things. While we want to be better represented in popular culture, it is important to remember that there is more to people than their diagnosis. We are interesting in our own right.

It is time to include oxygen users in body-positive campaigns. We exist, and we need to be part of these messages, too. Being body-positive shouldn’t just be about embracing different sizes. It should be embracing everyone, including people of different capabilities.

People who use oxygen, especially young adults, need better representation in society. Doing so will help normalize young patients’ use of oxygen, and show we can have somewhat normal lives, even in the face of adversity.

Share
or  Copy Link
Link copied to clipboard.
Be first
275