22 Signs You Grew Up With Fibromyalgia

Although most people who have fibromyalgia aren’t diagnosed until middle age, many can actually trace their symptoms back to adolescence or even childhood. Perhaps you felt more tired than other kids in your class, or often experienced what your doctor referred to as “growing pains.” But if this is your “normal” growing up, it may take many years to recognize that the pain, fatigue, brain fog or sensitivity to touch you’ve grown accustomed to is actually indicative of an underlying health condition.

Sometimes receiving a diagnosis as an adult not only puts a name to your current set of symptoms, but can also make sense of some of your childhood experiences. We asked our Mighty community with fibromyalgia to share some of the signs they grew up with fibro, which they now recognize in retrospect. Perhaps the following will bring back some memories of your own childhood.

1. “I was always more fatigued than seemed ‘normal,’ especially for my age. Also went through episodes of severe back pain, knee pain and leg pain.”

2. “As a child, [I was] told my ‘growing pains’ were normal, even when that pain had no other logical explanation and never went away. I was also told by friends and family that I was over-exaggerating or overly sensitive when I would wince in pain when touched in certain spots of my body.”

3. “As I look back, I would get horrible migraines from being in the sun, [and] I had to always take naps.”

4. “Not being able to participate in gym class but never having a legitimate excuse besides ‘I just don’t feel good.’”

5. “The nausea was the worst. The thing I remember the most is spending hours of the night crying on the bathroom floor afraid of what I was feeling. It was full-body hot, stinging pain that came with shaking and extreme weakness. I didn’t understand why I felt like I needed to throw up but never actually did and why it wouldn’t go away.”

6. “When I started driving, I couldn’t remember the main roads even though I’ve lived here my whole life. [I] lose my car in the parking lot even now.”

7. “Constant fatigue… I would come home from school and go straight to bed and only wake up to eat, shower and go back to sleep.”

8. “The feeling of ants crawling inside my skin. Such a weird feeling and nearly impossible to describe accurately.”

9. “I used to cry myself to sleep at night when I was around 7 because of the pain in my legs. My dad would help by putting warm washcloths on my shins to soothe the aching. Now heat is the only thing that helps the pain.”

10. “Growing up with fibro, I’ve learned patience. I’ve had to patiently wait for flares to end. I’ve learned empathy. I’ve learned to never say, ‘I understand how you feel’ because, even though I know my pain is worse, nobody will believe me. Besides, what my norm is might not be the same for someone else.”

11. “I refused to wear certain clothes such as jeans or clothes with labels because they just irritated my skin so much. My parents put it down to [me] being fussy.”

12. “I’m tall and always had what everyone called ‘growing pains’ throughout my body. As an adult, I’ve had CFS [chronic fatigue syndrome] and fibro. I also had TMJ, IBS and still am afflicted with high-functioning depression and anxiety.”

13. “I always did whatever I could to get out of playing sports in school. Getting hit by things and people hurt too much.”

14. “I used to dread having to walk places, for school or otherwise. I always thought I was just ‘lazy’ and was really hard on myself for it.”

15. “There are no photos of me clubbing or traveling or laying on a beach like most teens do. I was too ill.”

16. “I used to spend a lot of time in bed, very tired. I put it down to mental health, but when I recovered from that, the fatigue kept worsening!”

17. “I broke my leg at age 5 and since then my body has ached when there was bad weather coming. It stopped in my previously broken leg for years until about a year ago, which I thought was strange, until I was officially diagnosed six months ago.”

18. “As a kid, it really hurt to sit cross-legged on the floor. I was always moving and adjusting, and thought everyone else felt the same.”

19. “When I was a teen I missed a lot of school because of fatigue/exhaustion.”

20. “[I had] severe ‘menstrual pain’ that would shoot up and down my arms and legs and cause me to pass out. My spine has felt tender as long as I can remember.”

21. “I was always called an attention-seeker because I got hurt so easily and so often. I didn’t understand how other kids were able to just power through things I knew were painful. Well, as it turns out, those things didn’t hurt for them.”

22. “I always found stuff a lot more painful than anyone else did, and I was always breaking out in hives. I can even remember experiencing the fatigue, as well as a plethora of other symptoms. Yet I thought it was completely normal to feel the way I did and I never brought it up to anyone.” 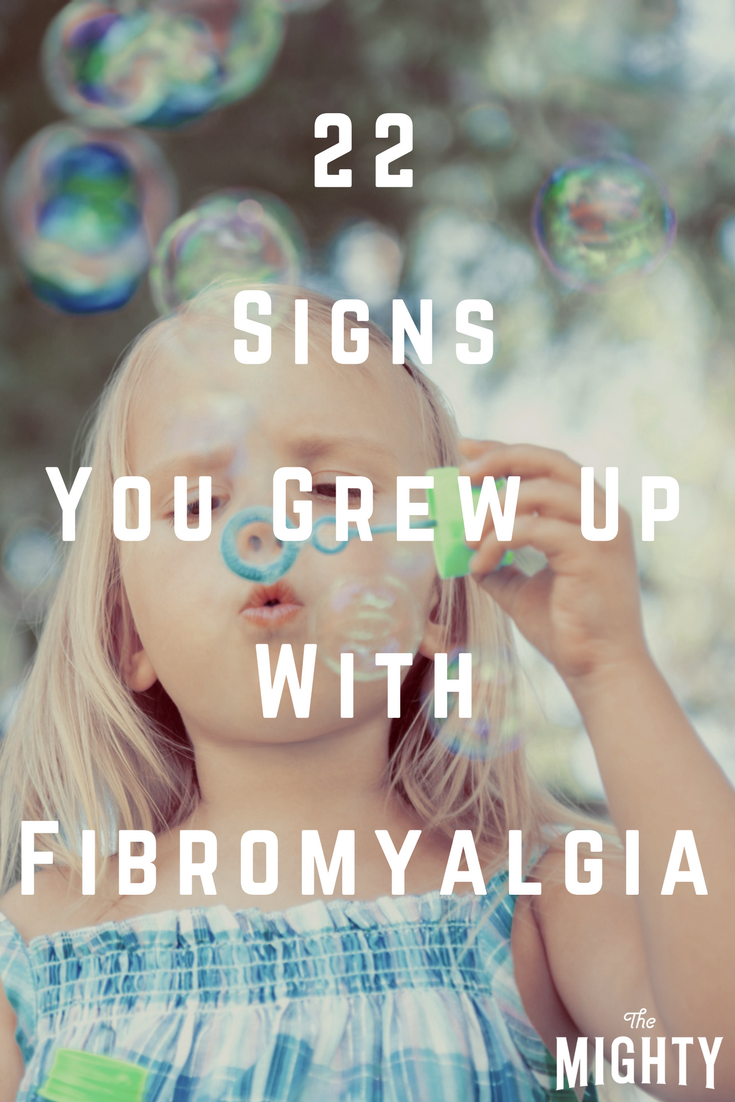