Sometimes, all it takes is one person, one story, to help you realize you’re not alone — and knowing you’re not alone can be the first step in getting help. For “Daily Show” host and comedian Trevor Noah, that person was Jim Carrey.

On Friday, Noah showed his serious side in an acceptance speech at Friday’s Just for Laughs Awards, where he was awarded Comedy Person of the Year. In his speech, he credited Jim Carrey as being the first person to help him accept that he was experiencing depression. Carey was also in attendance to receive a Generation Award.

I cannot lie I am living my dream. I never dreamed I would ever meet some of the people who shaped how I saw funny in the world. I also never dreamed I would be on the same stage as them receiving an award! Thank you Jim Carrey for being as amazing in person as you’ve always been on screen. And thank you my friend @wkamaubell for being in this picture and also in my life! #grateful #Dreams #Legend #Comedy

According to The Daily News, Noah said in his acceptance speech, “Jim Carrey was one of the first comedians that described the beast that many of us face in this room and that’s depression. I didn’t know what that thing was. I just thought I liked sleeping for weeks on end sometimes.”

“I was like, ‘Oh shit, that’s what’s going on,’ and I thank you because, you know, I found a way to fight it,” Noah told Entertainment Tonight Canada.

This isn’t the first time Noah has spoken out about depression. As a teenager he had severe acne, and told NPR he went on medication that makes you both “depressed and suicidal.” He’s also been open about depression on his own show. Once, chatting with his guest, comedian Neal Brennan, he dispelled the myth that people who have depression “aren’t supposed to smile.”

Have you lost a loved one to suicide in the past 5 months?
You may be eligible to join a Columbia University study, aiming to learn how people heal from the unique grief that follows suicide loss.
Click here to learn more
Good to see you today 👋

The Mighty offers a safe, supportive community for people who talk about mental health with compassion and without judgment. All we're missing is you.

Depression is often misunderstood and unless you have lived with this horrible monster, it’s hard to grasp the reality of this unfortunate condition. Here are five things people often assume about depression. 1. Everyone who has depression is in bed all day. Someone you know may be battling depression and you may not even know it. People with depression aren’t always noticeable — they may not be sleeping all day or even seem sad. The truth is, many people can learn to hide their depression quite well and sometimes the happiest people are the ones battling demons within themselves. 2. It’s easy to just be happy. “Just be happy!” If I had a dollar for every time I heard this, then I’d be on my way to owning my own private island.When you battle depression, it’s not as easy as “just being happy.” We would love to be happy — to feel “normal” —but for some reason, we just can’t. 3. Being outside and exercising will “cure” depression. There’s this meme floating around on the internet about going outside if you are depressed and how it will help your mood. People without depression often assume a quick fix to getting rid of said depression is to just get outside or simply exercise. It’s not that easy. While those things are great for the mind, when I was in my darkest days of depression, the last thing I wanted to do was to move my body or even leave my house. And I wanted to… very badly. 4. People with depression are “crazy.” If you live with depression or any form of mental illness, you probably know the stigma surrounding it. There’s a big misconception that people with depression are “crazy.” Not true. We can be some of the most normal and well-rounded individuals with successful careers and can be the best parents. We have an illness. We aren’t crazy. 5. People with depression just want attention. I can assure you this couldn’t be further from the truth. When you battle depression and you are reaching out to someone for help, that is the most vulnerable thing you can do. People with depression don’t seek attention… they seek help. Comfort. A friend. Before I battled my own depression, I had no idea how misinformed I was about it. I hope I was able to shed some light on things that are often assumed about depression.

7 Ways Parents Can Recognize Clinical Depression in Their Kids

Get The Mighty's best mental health articles. Directly in your inbox. Twice every week. Future You will say thank you.

Subscribe to Mental Health Matters
Treatment Resistant Depression (TRD) is a brutal lifelong fight and that fight is even harder alone. That's where our new TRD Support group can help. Join up and connect with people who truly get it.
Click Here To Get Support / Give Support

Using a 'Wheel of Emotions' to Help Identify What You're Feeling 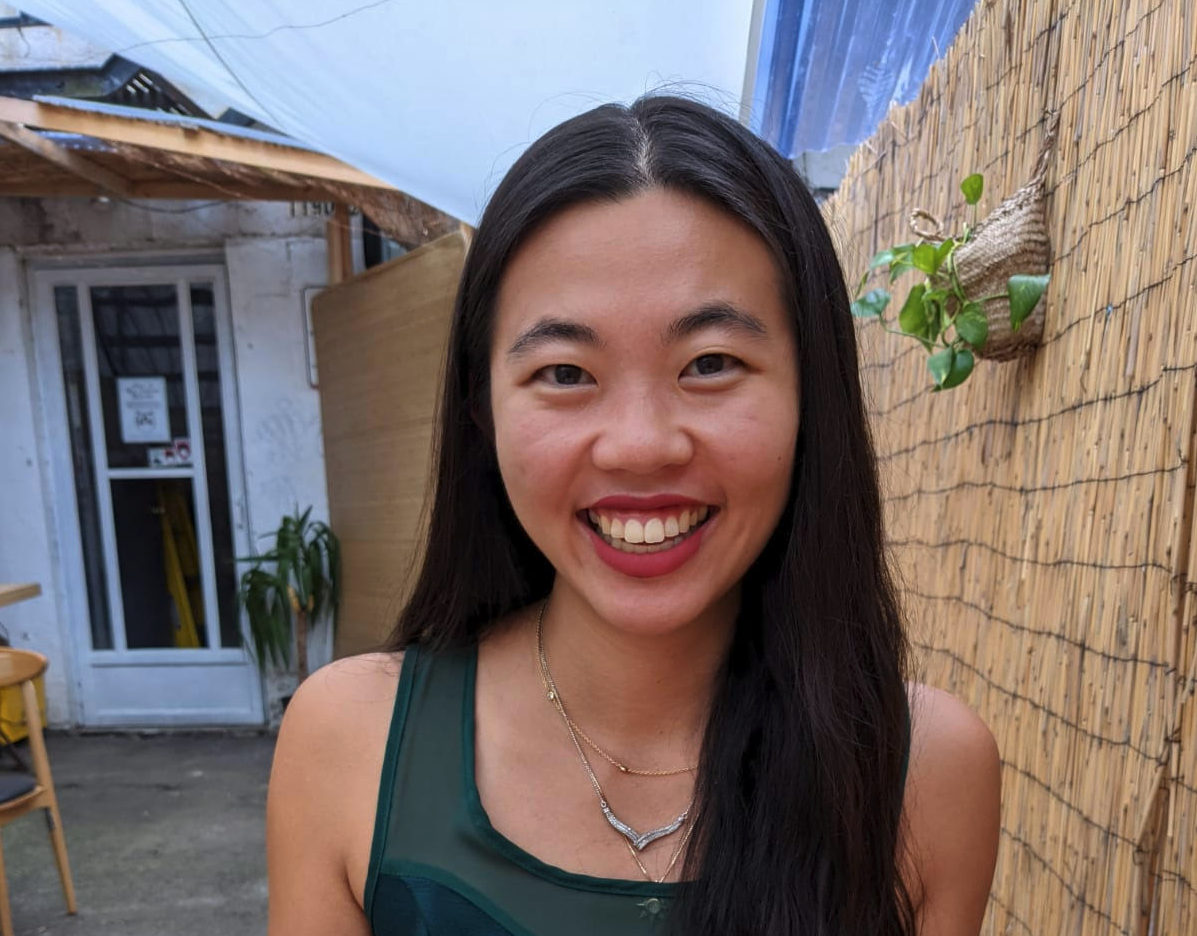 MEET OUR SUPER CONTRIBUTORS
Erica Chau
I know what it’s like to live and interact with illness, whether physical or mental ... I want to use my words and my story to help create a safer and more open world.
Say Hi To Erica
Juliette V. @juliette-v
contributor

15 Things People Said That Were Code for 'I'm Struggling Today'

Oftentimes, when someone is struggling with their mental health, they won’t come right out and say it. Some may hint at what they are feeling, hoping others pick up on the clues. Others may use language that means “I need help” without actually saying the words — because saying them can sometimes make it feel too real, or you might be afraid of how others will react. No matter what reason someone has for using “code words,” it’s important we talk about what kinds of phrases to look out for. Talking about these phrases can help us identify loved ones who are struggling and get them to the resources and support they need. To find out what people said when they were having a hard time with their mental health, we asked members of our Mighty community to share one thing they said that was really code for “I’m struggling today.” Here’s what our community shared with us: 1. “I’m not feeling well.” “It’s not untrue and I don’t have to explain myself. People automatically assume I have a cold or something.” — Mackenzie C. “It’s true. Majority of the time, depression keeps me exhausted and anxiety keeps me awake, so I get no respite from my brain. Top that with the stress of nursing school, and I literally don’t feel well.” — Bria M. 2. “Well, I’m alive!” “ I just realized that whenever people ask me how I’m doing, I say, ‘Well, I’m alive!’ or ‘Well, I’m here!’ It’s basically my way of saying that somehow, I am still alive and carrying on even though I am so exhausted and fight every day.” — Kellyann N. 3. “I didn’t sleep well last night.” “ It’s more acceptable to be tired from a bad night’s sleep than it is to be too exhausted to deal with life today.” — Ciara L. “It’s an immediate response I turn to because I’m just always tired of my depression, but I’m not the best at lying.” — Max W. 4. “Eh, you know.” “ No, they probably don’t. But are they still able to identify with you? One hundred percent. And that makes them think you’re OK.” — Josie S. 5. “It’s too much.” “I say this whenever all my thoughts overwhelm me and I have no way of truly telling anyone how bad I really feel.” — Erin R. 6. “I’m exhausted.” “Just not the kind that can be cured by sleep. Some days I get so tired of fighting to survive and don’t want to fight anymore.” — Alecia F. “It’s the truth, every illness I have exhausts me to the core, but they usually brush it off as mom exhaustion (which also plays a part).” — Joanna G. “‘I’m tired’ usually means a lot from not feeling well to being emotionally exhausted.” — Breeanna M. 7. “I’m just out of it today.” “Code for: I really don’t feel myself right now and it’s scaring me. Those days don’t happen often but when they do, I’m afraid I’m relapsing and I will need to readjust my medication.” — Christa M. 8. “I’m fine.” “‘I’m fine, honestly.’ There are many times I’ve been struggling and even though I’ve been asked if I’m OK, I just can’t always seem to be honest and explain that I’m not. Usually because I can’t even make sense of it myself to tell someone else. Then I kick myself afterwards for not saying something. Can’t win.” — Amy W. “[For me], fine never means fine. If I’m vague like that, then I’m hurting but won’t admit it. If I’m good, I’ll say that but won’t openly admit to struggling.” — Jackie S. 9. “I’m bored.” “ Meaning that I’m so sick and tired and I’ve had too many struggles today and I don’t feel very good.” — Denisa 10. “I’m having an ‘off day.’” “Code for I don’t feel like me today, today is harder than other days. I may not act like I need you checking in on me, but I actually really do.” — Jenna L. “‘Off’ means I need time off from any responsibilities and wait for the feeling to pass. Hopefully.” “I’m just a lil off. It’s my code for: ‘I feel like I’m imploding but I don’t want to burden you.’” — Jace P. 11. “I’m hanging in there.” “Usually said because I don’t want to bother anyone with the things that are going on in my head.” — Katie S. 12. “I’ve been listening to music a lot today.” “Music is how I get away from the nightmare in my head. And when I can’t listen to it, I’m just quiet. Unfortunately the people around me don’t recognize either of these. Ever.” — Megs G. 13. “I don’t want to be alone.” “That’s when it’s really bad and I really need someone. Otherwise I’m usually silent and not my bubbly self.” — Milly S. 14. “I’m all good, don’t worry about it.” “It’s just what I do. [I] don’t want others worrying about me — gotta help fix them before I fix me.” Alexis D. 15. “I just can’t today.” “ [When I’m] not feeling too good.” — Scarlett E. What would you add? If you or someone you know needs help, visit our suicide prevention resources page. If you need support right now, call the National Suicide Prevention Lifeline at 1-800-273-8255 or text “START” to 741-741 . Unsplash photo via Timothy Paul Smith

Journaling Workshop
Thursdays @ 5:00 p.m. PST / 8:00 p.m. EST
Need a non-judgmental space to reflect about your week? Join Mighty editor Sarah for a free journaling workshop. All you need is something to write with.
Save Your Spot
We use cookies and related technologies to help identify you and your devices, enhance your experience and conduct advertising and analysis. By choosing "Accept", or by using this site, you are agreeing to our use of cookies. You can read more about how The Mighty uses cookies in our Cookie Notice.
Manage Choices
Accept