How Art Helped Me Illustrate My Anxiety

As a young 17-year-old artist in the world today, I have epiphanies and realization moments every day, thinking of new ways to do things with the tools I’m provided. Ask my Independent Art professor. He doesn’t understand how many ways I realize a simple paintbrush can be used. I regularly don’t use tools the way they are meant to be used. I have a creative mind, is what I’m trying to say. It sees things nobody else sees and thinks of new ways of doing things no one else thinks of. However, I didn’t always think like that.

When I hit eighth grade, I was put in an art class. I went in thinking I had no artistic talent and no skill in the craft at all. Up to that point, I had failed art class in school. I decided I was going to ace this class no matter what. I put work and effort into every single piece I created that year. I even won a couple local contests for my work. I was doing well, but something was missing. These pieces didn’t feel like they were my own work. They were essentially alien to me, just stuff I was told to paint or to draw. I just followed the rules. Just lines and colors on paper. There was nothing deeper than that.

My freshman year of high school, I enrolled in a class. “Intro to Art,” as it was called. This class helped me in ways I still don’t understand to this day. Its impact has changed my life forever.

As many people believe, your first year of high school can be one of the worst in your life. Coming into this new environment, I had to get used to the people, the homework load, the volunteer hours, the grades and the overall stress that my grade school never prepared me for. As that year went on, I became more stressed out. I was failing classes I usually aced. However, I found an element of peace and serenity in the last class of the day — Intro to Art.

Because of the stress I was facing, I had developed anxiety problems and early stages of depression. I fought every day to stay alive in school. Nothing could stop the walls of life closing in on me and I needed to find a coping mechanism. I tried music, sports, reading, writing, meditation. Nothing worked. Nothing helped.

I figured it out one day in art class. I was mad at myself that day. I had failed two tests, missed two papers, finals were coming and I was an all around mess of a person. That day, my emotions took hold of me. I had a panic attack in class. However, it wasn’t anything like the anxiety attacks I was used to. I was working on a piece for class. My brush flowing over the paper and everything was smooth and controlled. My attack hit and it hit hard, but it didn’t come out in actions, in exploding in my voice or anything I had ever experienced. The attack was translated into my art. The raw emotion and rage I was feeling had come out on the canvas and it was the best piece I’ve done to this day. During that and after the attack, I realized something. I found out how to make my art actually feel like it came from me. I realized what was missing.

Up to that point, there had been no emotion to my works. They had just been what I was told to do. I was following the crowd. I was following the rules. But now my pieces have been the one thing that has made sense in my life. My works are actually me, a part of me in the canvas. This experience showed me I can do good things with my emotions. I found a coping mechanism for my depression and severe anxiety. I found a new thing I can excel at.

I have taken art for all four years of high school and I’m planning to become an art major in college. If this thing I found called art hasn’t improved my life for the better, I don’t know what has. I have found a way to handle my own self as well as create something that can help other people and make people feel a certain way. Maybe I can inspire people to be creative as well, and give people a new way of looking at things. 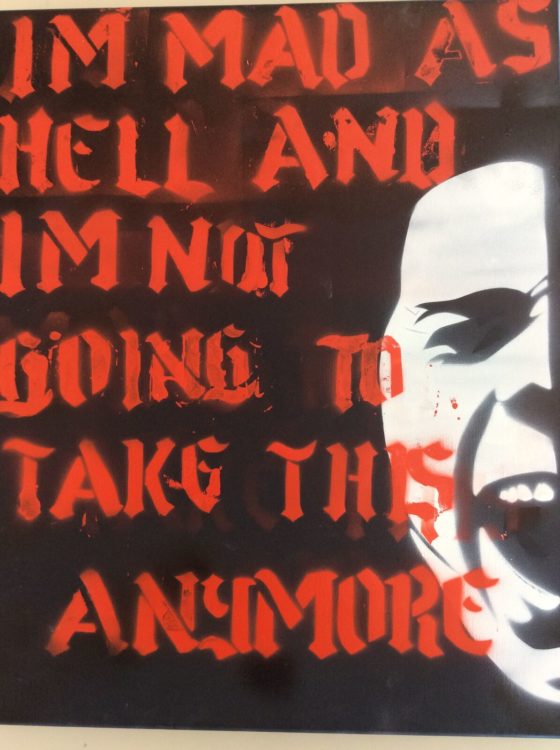