Struggling Through the Waves of Pain From Fibromyalgia

“Pain.
It comes in waves.
You feel helpless.
You can’t fight it.
It becomes about making it to the other side, shrinking your world down to one fine point.
When that wave melts away, you feel relief.
Just for a moment, till it comes back to remind you.”

I was at a low while watching this particular program and while the being was of heavenly origins and commentating on how she felt, it struck a chord with me.

Let me introduce myself.

I’m Mark, a 43-year-old chap who has been diagnosed with fibromyalgia (and all its associated baggage) albeit back in 2009. However, I can recall that I have been in pain since age 11.

Over the years pain had become “normal.” I always thought I just had to push through the “growing pains.” I was a competitive swimmer, training morning and night, and the “no pain, no gain” mantra seemed to be prevalent during that period, so I thought pain, muscle knots, fatigue, fuzzy brain, exhaustion and bouts of weakness were all part of being “normal.”

After two failed specialist referrals, one advised me, “It’s in your head. My advice is to go to the gym, lose weight and change jobs.”

During a massage session at the hospital, the poor guy was in more pain than me while tackling a particularly tough muscle knot in my left shoulder. I met with the head of the department. She asked a few questions, and after stating she was not a doctor and this wasn’t a diagnosis, I heard the condition named for the first time. Fibromyalgia.

I was beside myself with joy. It wasn’t all “in my head” and it now had a name. 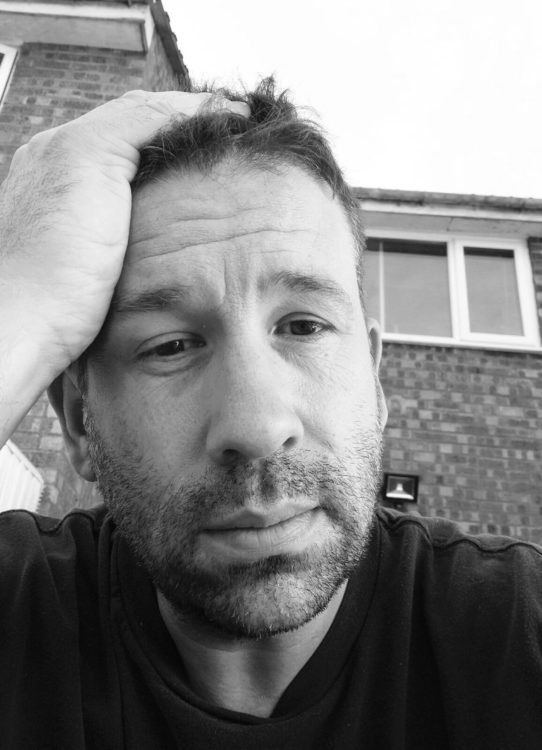 Naming the condition gave me confidence in understanding I wasn’t being silly. At the time I was told that fibromyalgia is more common in women than in men. So I guess I can say I’m in touch with my feminine side…

Although pain is always here with me, the type and intensity changes daily and hourly. That is why I can relate to what was said on “Constantine.”

Some days are more of a struggle than others, for me and for you.

Be strong, and gentle hugs.