Being diagnosed with cancer is hard enough when you’re an adult, but when you’re a teenager, you have to miss out on school activities because of treatment. But that wasn’t the case for 17-year-old Blake Mounts, whose little sister and closest friends brought the high school homecoming dance to him.

Last Sunday, the Hilliard, Ohio teen, who was diagnosed with acute myeloid leukemia (AML) earlier this month, was surprised in his hospital room by his younger sister Taylor and a few friends. They arrived, with his suit and shoes in hand, to ask him to the “Fuck Cancer Homecoming” — and, of course, he said yes.

Nobody should ever have to miss their senior homecoming! His reaction will make your heart so happy❤️ love ya bubby! F CANCER pic.twitter.com/CIadROzGC2

Acute myeloid leukemia is a type of cancer that starts in the bone marrow and spreads throughout the blood. It is generally found in people older than 45.

His sister came up with the idea because she felt bad he couldn’t leave his hospital room to attend the actual event. So she pulled together some of his closest friends and made it a day to remember.

He couldn’t come to homecoming so I brought homecoming to him ???? pic.twitter.com/ca3uQh6kQy

So happy I got the chance to spend his senior homecoming with him❤️ seeing his smile and reaction made my heart so happy! Love ya bubby:) pic.twitter.com/PjywTWXWFD

I missed 3 years of high school due to chemo, you’re an amazing human and I can’t even imagine how happy he was.

This is beautiful, im actually crying ???? hope you BOTH had an amazing time ❤❤❤

Mounts even shared his own tweet in response to it:

Staying in the hospital for an illness or condition like cancer or chronic pain can be lonely, so it’s important to do what you can to make your loved ones feel missed and appreciated. Taylor made her brother feel special with this nice gesture.

We asked our Mighty community what’s the nicest thing anyone has ever done for them when they were in the hospital. Here’s what they told us.

1. “My oldest daughter gave up her entire summer to sit with her baby sister and me in NICU for eight hours a day for two months. She would draw pictures for all the babies or read stories to her sister and others. She was only eight years old and was amazing.” — Mandy D. 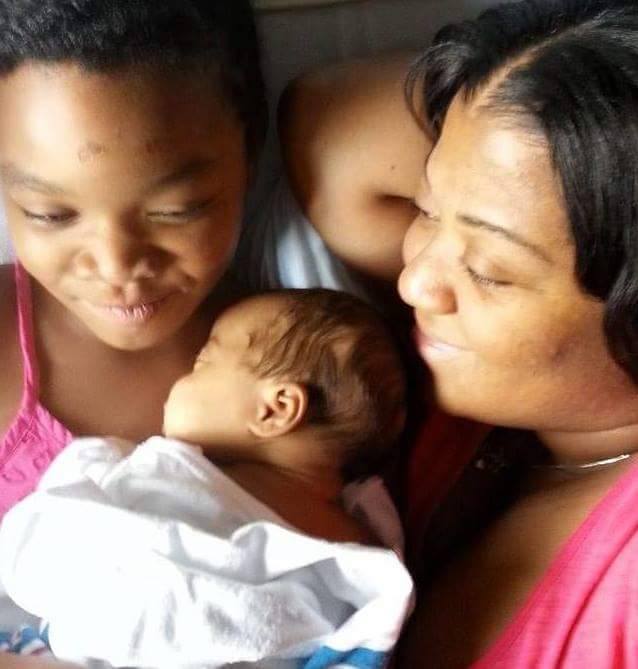 2. “When I was 14, I met one of my closest guy friends on a Royal Caribbean cruise. We stayed in touch and two years later he ended up having a hockey tournament in Chicago (he’s from Pennsylvania). Two days before his arrival I was hospitalized and diagnosed with bipolar disorder II. After his hockey tournament was over, he and his dad ended up taking a later flight than the rest of his team so he could come visit me in the hospital. Usually, only family members are allowed to visit at the hospital I was at, but the staff made an exception and let him come to visiting hours. The fact that he changed his travel plans just to come spend an hour with me meant and still means the world to me. It’s one of kindest, most compassionate things anyone has ever done for me. I was only 16 when I was diagnosed, and he was the first person outside my family to find out and he never judged me once for being in the hospital and the reasons that landed me in the hospital in the first place. We’re still close friends to this day and the value of his friendship can never be measured.” – Beth V.

3.  “My dad bought me bunny slippers when I got my tonsils out. They were big but I loved them. He passed away before I got married — my wedding shoes were my bunny slippers.” — Michelle R.

4. “After an attempted suicide, I was in nothing but what I had on — a pair of shorts and a very bloody t-shirt. They keep it really cold in those hospitals. Another patient saw how traumatic my experience was and how I was struggling with myself, and he gave me one of his t-shirts and a hoodie, which helped warm me up. Little things can mean so much.” — Shannon M.

5. “When I was discharged after getting my permanent ostomy, my friend Bill said he wanted to know a piece of my world. He asked me what it felt like, so I put a spare bag on him and filled it 1/3 with water. He said he definitely had no idea it would feel so heavy or awkward and asked, ‘How do I deal with that all day?’  It meant so much to me that someone would ask me more than ‘How are you feeling?’ He asked to step into my shoes.” — Leelo M.

6. “After my baby passed away, the NOC nurse made plaster castings of my daughter’s fist and foot. She attached them to a nice base. It was kept by her father, who I am no longer with. I wish I could have it.” — Courtney R.

7. “My friend came over to my house regularly while I was reeling from the effects of chemo and curled up on the sofa. She would then clean and tidy my house because she knew that I couldn’t do it myself and it was frustrating me. Sometimes she bought my goddaughter with her, and her infectious smile was just what I needed, too!” — Erica M.

8. “When I was at my worst, I couldn’t have a BM in the commode or the bathroom and I was severely constipated. I would go to the bathroom and make people leave the room. I felt like I had no dignity or sense of self-worth and the stress of it all prevented me from being able to use the bathroom and have accidents. The pain from the constipation grew worse and worse. One day, one of my favorite nurses came up to me and asked me what was really going on. I tried to articulate to her about the toilet and my issues of it being really close to the ground and how it bothered me because of a variety of mental hangups. That nurse then spent the next two days trying to reform the bathroom in a way that would make me comfortable. She used the base of the commode to create a contraption that somehow pulled the toilet seat higher so that it felt like a normal toilet. She also did calming exercises with me so that I could have a BM and not get myself so psyched about it. The amount of time and creativity that she put in to help me with something so primal and disgusting was beyond special for me. I ended up nominating her for a nursing award. She was one of the best nurses that floor had!” — Anupriya G.

9. “I had a back fusion and was severely depressed. My husband got my doctor’s and hospital’s permission to bring my dachshund, Cami, up to see me! It did wonders for me (and her). This wonderful gift got me out of bed and walking. It was the boost I needed to never give up. I went home the next day! Here she is in my hospital bed.” — Shelly H.

10. “I was hospitalized for four-and-a-half months with Guillain Barre syndrome. The first five weeks I also had locked-in syndrome. I was two hours away from home. A friend’s mom lived where I was hospitalized. I had never met her but she knew I was important to her son. She came and visited with me every Tuesday for three months. Even when I couldn’t see her or know what she looked like, she just chatted with me as the machines breathed for me. She kept my dad and husband company or let them run to eat. When I started to recover and couldn’t eat she brought us ice cream, chocolate syrup and a real spoon to scoop it. She is the sweetest women with the biggest heart.” — Justine R.

11. “When I was admitted to the hospital for two weeks in college I was completely alone. My parents lived across the country and it was summer time, so all my close friends had gone home. This nurse would come in after her 12-hour shift and spend two hours with me. She brought me blankets and pillows from her home and when I ran out of clean clothes, she took them home washed them and brought them back. I’m allergic to most dryer sheets, so she went out and bought some I wouldn’t react to. She doesn’t know how much she means to me and I can’t thank her enough. She would also bring me ice cream after major tests if I couldn’t have the dessert the hospital was serving. She was my angel those two weeks. (She asked that her face not be shown on Facebook which is why it is penciled out).” — Elizabeth D.

13. “When I had my ovarian mass removed for ovarian cancer, the evening of the first day my stepmom brought me this giant rabbit. Since I was little, my favorite animal has always been rabbits, and because I was so anxious for the surgery, I forgot my favorite one at home. So she went out to Toys R Us and bought me the biggest rabbit she could take into the hospital.” — Nicole Y.

14. “Our baby’s primary NICU nurse, who became like family (a sister to me), signed up on her days off to come in and work her shift so my husband and I could get some respite and have a date night. He was in NICU 177 days, so she was the biggest blessing to us.” — Aaren E.

15. “I was stuck in the hospital in January after being diagnosed with adrenal insufficiency. My amazing friend Amy surprised me by sending me a blanket, a load of earplugs, a face mask, stress-less cards (each card has an idea or activity of ways in which to decrease stress — any type of stress can cause an adrenal crisis) and this amazing blue blanket (which I constantly use). It made my stay at the hospital so much better. I was actually able to sleep with a nice blanket, get some decent sleep due to the earplugs and just know I had someone thinking about me. I still can’t thank Amy enough. It still means a hell of a lot to me.” — Sophie M.

16. “The dean of student affairs at my law school came to my hospital, grabbed my house keys and then went to my apartment and took my beagle out to go to the bathroom and then fed her.” — Clare S.

17. “My daughter spent five weeks in the hospital this summer with dysautonomia, and a charity group brought her a tablet to keep so she had something to keep her busy while she was bed bound.” — Megan L.

Share
or  Copy Link
Link copied to clipboard.
Be first
89