Col. Paul Taylor was set to deploy to Afghanistan in 2012 when he was diagnosed with stage IV prostate cancer. The 41-year-old husband and father to three girls tackled the disease head-on, learning all he could and starting a treatment plan consisting of hormone therapy, chemotherapy, and surgery.

July 6 is a day to celebrate in our family. It was 21 years ago when I married my wife Amy, embarking on an incredible journey that included plenty of ups, downs and sideways — three wonderful daughters, eight assignment locations in the Army, twelve different apartments/homes, several overseas separations and innumerable friends and blessings along the way.

I wouldn’t trade any of it for the world, except for one small thing. July 6 is also the day in 2012 when I was diagnosed with stage 4 prostate cancer.

My unit had already left for a month-long training exercise in Louisiana, but I had remained at our base. I was waiting to visit a urologist to review the results of a recent testing after my Prostate Specific Antigen (PSA) levels had quickly increased to over 80 (a normal result is between 0 and 4). So, I waited until after the holiday to see a specialist; I knew very little about prostate cancer and assumed that there would be a quick fix. I figured I would return to my normal world of military training and preparing for deployment to Afghanistan in the fall of 2012.

I eventually did join my unit for training, but quickly came to realize a stage 4 diagnosis carries heavy consequences. I would not be able to deploy with my unit, and instead, embarked on an aggressive treatment program.

Almost 20 years in the military had conditioned me to quickly evaluate a problem, identify possible courses of action, assessing risks and making quick decisions. So, together with my incredible oncologist (who I found after seeking a second opinion to find a provider who was a better fit for my desire for aggressive treatment), we developed an unconventional plan to treat my cancer.

This course of treatment removed all observable evidence of cancer from my body and maintained my PSA at a normal level. Eventually my PSA reached a low point of 1.1 before I suffered a relapse in the fall of 2013, with my PSA rising again to 3.6. After recalibrating my treatment, replacing the medication and executing a new immunologic treatment, my PSA went down to undetectable levels, and has remained there for almost three years.

ZERO — The End of Prostate Cancer recently chalked major advocacy successes, increasing the amount of funding for the Prostate Cancer Research Program (PCRP) by $10 million per year, and pressing the United States Preventative Services Task Force (USPSTF) to change its PSA screening recommendations so men won’t have to wait until they are symptomatic to get checked for prostate cancer.

Research is moving along, too — advances in genetic testing, new immunotherapies and new combinations of existing therapies — lots of exciting news! 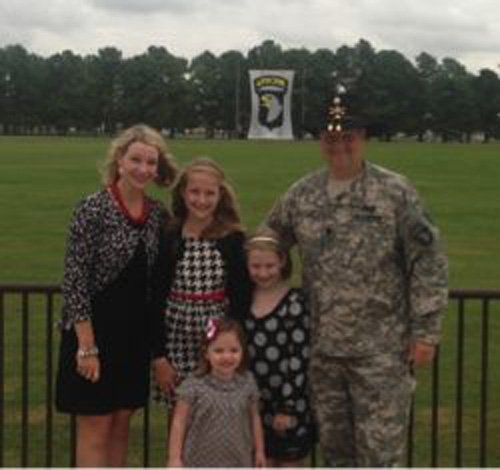 So, today I’m focused on both anniversaries, but most importantly, to future ones — hopefully, to many more years with my family and a time when a diagnosis of advanced prostate cancer doesn’t involve an estimate of life expectancy.

I look forward to a future when the medical tools in our arsenal can make prostate cancer a chronic disease, instead of a terminal one.

This post was originally published in the ZERO — The End of Prostate Cancer Blog.

Share
or  Copy Link
Link copied to clipboard.
Be first
3