I have had Lyme disease for almost four years now, as of this December. I have experienced so many ups and downs from this awful disease and I am close to remission, but not quite there. I have learned to be open about my disease and how it has shaped and made me the person I am today. Because of this, I have had people more recently asking me how I can be so open about something so personal and challenging in my life. I have thought about it for a while and come up with a list of reasons why being open about my Lyme has been the best thing for me.

1. I just wanted to be understood.

I think a big part of being a human is we have a need to be understood. And I found that with Lyme disease, not many could understand what I was feeling, not even my own family could console me (though they tried). I found comfort in first being open about my disease on my blog. At that point I didn’t really know why I was blogging, except it felt like it was my only connection to the world while I was stuck in bed miserable. However, I remember one point in my early diagnosis and treatment days, going to a family function and my cousin talking to me about my blog. She told me it was such a good idea to help explain to people who didn’t know what Lyme was. I realized then, that this was the reason I was blogging, it was to help others understand what was going on with me.

After having Lyme disease for so long, I have made a slow come back into a more “normal” life as a working college student, but for about two years after diagnosis I was unable to function like a normal human being. Lyme disease survival became my life. I didn’t have a choice to talk about anything but Lyme disease. If it wasn’t my parents asking how I was feeling, it was the few close friends who stuck by me during the most awful periods of my life so far. If I wasn’t relaying my symptoms to my doctors, I was trying to figure out my post traumatic stress disorder with my counselor in our hours of therapy sessions. For a long period of time, I didn’t have a choice to talk about anything else but Lyme. 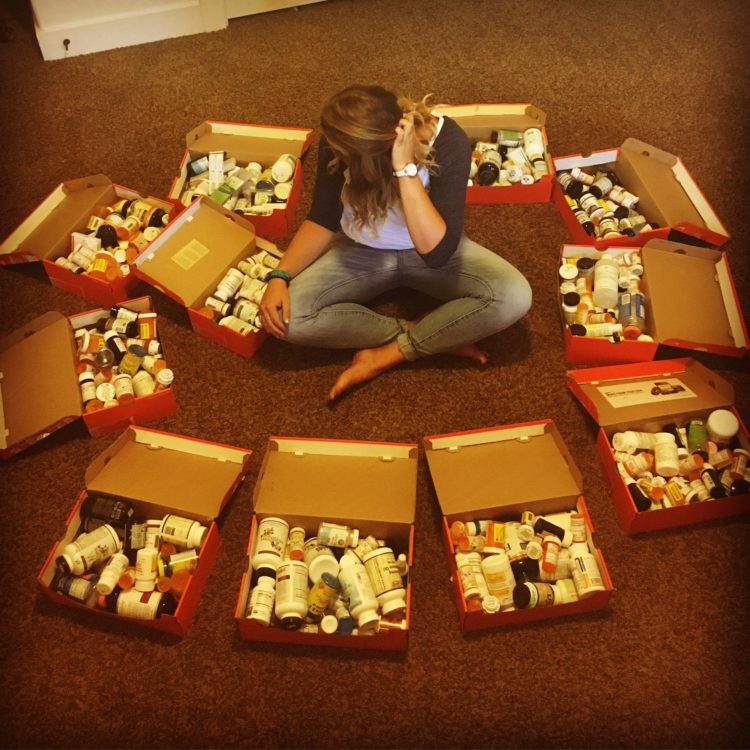 I am not Lyme disease and Lyme disease is not me, but I am who I am today because of it. I still spend a lot of my time thinking and worrying about my health. I am constantly conscious about what I eat, the lack of sleep I still have, among other symptoms. I am no longer as sick as I was in the early stages of treatment, but I am who I am today, from those awful days. If I am being my real self, and telling people about who I am, then of course Lyme is an essential part of who I am. I am more empathetic, more articulate at explaining my self, and my feelings because of this disease.

I could write a whole other post on just the things I have grown and learned from this. I am not better yet, there are still steep declines in this fight, but to those who feel like they have to hide their chronic illness, their depression, anxiety, Lyme, or another ailment from people, I say to think again. I find it refreshing to be myself, even if myself is my Lyme self. I am not Lyme, but I am who I am today because of it.

Share
or  Copy Link
Link copied to clipboard.
Be first
751