When Body Shame and Disordered Eating Are Connected to Trauma

Editor’s Note: If you’ve experienced sexual abuse or assault, the following post could be potentially triggering. You can contact the National Sexual Assault Telephone Hotline at 1-800-656-4673.

My journey to healing started about a decade ago, back in college, when I decided to pursue a career in nutrition. I wanted to become a dietician and help people with their health. The media told me there was an “obesity epidemic” and that it was causing all the major chronic health conditions in the U.S., and at the time, I bought into it like most of us do. It also told me that all we had to do was be a certain BMI (body mass index), eat the right foods, exercise a little and we would all be fine. At the time, I was terrified for my own health. I had a family history of heart disease and cancer that had taken my grandparents too early and also affected my own parents quite young. What I didn’t know was that my education would be a journey that was the breaking point of my awareness to my underlying trauma; one that would unravel me completely and lead to a diagnosis of complex post-traumatic stress disorder (CPTSD) and many other related chronic health conditions.

I had been struggling with eating issues since I could remember. I started binge eating at age 9, when that wasn’t even considered an official disorder yet, and I was put on a diet shortly thereafter. This later evolved into full-blown bulimia. While it’s true that not all diets become full- blown eating disorders, most eating disorders begin unassumingly, as diets. Upon entering nutrition school, I think that part of me was determined to gain control of my eating once and for all, to discover the magic plan that would finally let me control my body and, therefore, life itself. Little did I know that I was in for a completely different sort of education. Fortunately, I ended up in a very progressive program not focused on calories or scales at all. I ended up in what I like to call “body love school,” and now consider myself a graduate of “body love and care.” If that sounds “woowoo,” believe me, it was founded on hard science itself.

In this same program, I learned that body weight is actually the worst indicator that we have of health: a very complex and multi-faceted array of measurements, sociocultural factors and statistics. That the American public is being fed a constant diet of shame about their bodies through the media and their health care providers, who often see a patient as a number on a scale and disregard the many other (often more important) factors responsible for their symptoms. I learned that restrictive dieting has about a 95 percent failure rate for most people in the long term, and most importantly, that shaming someone into a behavior change has the same unacceptable rate. It became clear to me that we had all been fed fear and lies to shame us into hating our bodies in order to support a 100 billion dollar diet and weight loss industry, successful because of our inevitable dieting failure. These facts shattered the illusion that I had been using as justification to shame myself into dieting and other lifestyle changes.

When I could no longer pretend that my body shame and eating disorders were for my health, I had to look deeper. I remember the moment when I started to develop the awareness that something within me wasn’t quite right. In uncovering my emotional eating habits, I got to the dreaded “S” word: Shame. I found myself in awe of how much shame and self-hatred I was carrying about my body and myself in general. I learned that body shame is the feeling that something is wrong with you, that you are “bad” because the shape or size of your body doesn’t fit someone else’s specifications. It’s a horrible feeling that leads to obsessions with food and fat that can put a fog over your whole life and leave very little space for the light of joy, creativity and success to shine through. I had uncovered a mountain of shame and I didn’t have any clue where it came from or how to climb it. But I knew that I needed help and I put myself into psychotherapy. I chose to face my eating issues and the way I felt about my body directly, to go into battle with my demons and become the warrior I am today. By a second stroke of luck, I was sent to a woman who was an expert in body shame, trauma and narcissistic abuse; and most importantly, compassion and self-acceptance.

Organically, the struggles I had blocked about a childhood riddled with sexual and psychological abuse, gross and calculated neglect, extreme pain and suffering, poured into my awareness from where it had been buried deep in my subconscious. Those of you who struggle with CPTSD may know what it’s like to be swallowed by the tsunami of flashbacks, reliving the most horrific and excruciating details of your past pain and having your nervous system react to the present world around you like you are an animal evading a predator. It’s excruciating, exhausting, overwhelming and just plain unfair. But it’s also the process through which we can recover, where we can call on the great mass of inner strength from what we already survived and find our way back to the light by shining our awareness on the shadows. The rupture is a messy process of forgetting and remembering, of feeling everything we had to repress to survive, of integrating the unimaginable into understanding. It takes a vast ocean of courage, persistence and support to go through this shattering of the psyche and soul. In the face of a culture that often says “just get over it” and “come on be happy,’” it takes a revolutionary spirit to face the inner demons and embark upon the journey back to the self.

It became very clear that I had internalized the shame of what my abusers had done to me, how they had tried to destroy me by taking away my self-worth, by trapping me in my own mind and by trying to get me to believe I had no right to a self at all. There was a distinct turning point when I realized how my body shame was connected to my trauma. It happened one day when I was particularly anxious and trying to self-soothe by having some sweetness, in this case, eating a whole box of cookies. Afterwards, I remember feeling terribly ashamed, but this time a light bulb went off. I thought to myself, “Feeling worthless because I ate a box of cookies is a hell of a lot easier than feeling worthless because I was sexually abused!” In this moment, I realized how I had projected the shame of my trauma onto my body and eating behavior, two things I thought I could control, that I thought were truly my fault. It was easier for my psyche to reconcile that I was bad for eating cookies than how I felt it was my fault I was being abused. It somehow was simpler to think that losing weight would help me become invisible to the hostile world I found myself in.

Since then, I have been on a journey to uncover the layers of my shame and disordered eating. One memory that stands out was my father telling my mother that she was fat. I now see how this was the defining moment when I decided that if I started binge eating and became overweight, maybe he would stop molesting me. My young psyche felt that if I made myself unattractive to men and unthreatening to other women, that I could stay safe and small and no one would hurt me. That it wasn’t safe to be a woman that people were attracted to or envious of. That I had to make myself ugly or it was all my fault. This is also when I learned to hurt myself with food as punishment for what I thought was my fault. It’s the same victim-blaming consciousness that so many of us have internalized both at home and from society at large. The one that keeps us silent, hiding in shame and hurting ourselves to stay invisible. The same core message that I had to both face and overcome in order to move forward from my trauma and into the life of self-love, acceptance and peace that we all deserve.

These days, I choose to love my body and care for it well. It is not a perfect practice, on some days it’s effortless and on others, when I’m triggered about something, it’s more challenging. The most important practice that I have developed is not about just “letting it go” or “getting over it,” but embracing my difficult emotions and learning to treat them with the loving kindness that a healthy parent would. When I find myself emotionally eating or feeling “fat” (because fat has actually become a feeling), I practice checking in with what is going on inside of me. I have learned to turn the same compassion I find I can give so easily to others, inwards. Compassion and love are two gifts that many of us survivors already possess in spades! It is in this space of self-validation and acceptance that my body, my mind and my heart have felt safe enough to heal. The most important thing I have learned as a survivor of a lifetime of narcissistic abuse is this: shame cannot heal shame, only love can.

Or if you or someone you know is struggling with an eating disorder, you can call the National Eating Disorders Association Helpline at 1-800-931-2237. 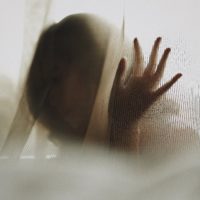