Please, as you’re reading this, please don’t assume that I am having a go at medical personnel! I have always had the utmost respect for the doctors and nurses who have looked after me. But, I have always believed that they would get it right 100 percent of the time, but I have recently discovered that that isn’t always the case.

I have atypical asthma. I am 68 years old. I have had this asthma only since mid 2014. It wasn’t diagnosed until April 2015. I have cough variant asthma (CVA). I do not wheeze. My asthma attacks don’t look like the usual asthma attacks. This can be really confusing and result in not receiving the care that I actually need.

Three times I have been told that I have been having a panic attack. Each time it led to me really questioning my understanding of my asthma. It caused me a lot of distress. It also deeply undermined my confidence in managing this chronic illness. Two of these occasions happened within eight hours of having been moved from intensive care, due to asthma, to a ward. Twice, staff on this ward told me I didn’t actually have asthma.

So, with the help of my psychologist, I have taken some steps to make sure that I am being heard. I never want an experience such as I had, ever again! These steps are really important as during an asthma attack, I actually can’t talk properly and I don’t make much sense. This happens because due of the broncho spasms and lack of oxygen.

My psychologist is a former nurse. She has also worked as a psychologist in hospitals and is asthmatic herself. So, I have found her support and understanding immeasurably helpful.

She suggested that I needed to regain some control, and to have a document prepared beforehand and ready for any occasion that causes me to be in hospital. The very nature of an asthma attack makes communication difficult.

This prepared document, contains a brief medical history of my asthma. It starts with the names and contact information for both my general practitioner and my lung specialist. I have included a prepared Release of Medical information form. Next comes a copy of my asthma plan, followed by a list of my medications.

Then I describe what they will observe during my asthma attack. This is so important, because this is what some doctors and nurses have misinterpreted. I list my triggers. I describe the symptoms that I always exhibit.

I describe the sort of help that I know works for me: a nebuliser, plus oxygen and prednisone.

I have also written a brief history of hospital emergency visits since 2014, and asthma admissions. This shows the escalating severity of my asthma attacks.

Then, I have added what happened in 2017 during anaesthesia when I nearly died due to the base of my lungs collapsing. This meant intubation. All of these factors indicate high asthma risk.

Finally, I describe very clearly the difference between a panic attack (too much oxygen) and an asthma attack (too little oxygen).

This document will go with me whenever I have to go to hospital. I cannot afford the consequences of medical staff mislabelling me.  It isn’t just the physical impact, it’s also the psychological impact of not being heard.

It has taken me seven hard weeks to come to terms with being told that I am “just panicking.”

How do others with chronic illness handle the negative health care experiences?

Taking this sort of action is giving me some peace of mind.

Share
or  Copy Link
Link copied to clipboard.
Be first
12 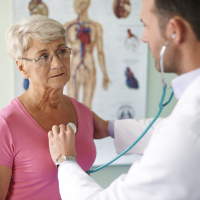