My daughter spent 114 days in the NICU. As she is approaches 2 years old, I’m still suffering the after-effects. I launched my blog during NICU Awareness month, so I’ve focused heavily on my experience during those 114 days. Looking back at all the photos and recounting what I went to has dredged up bucketfuls of “yuck.” In my past life, I was a data and research driven person. I still read studies, research outcomes and the like when I’m interested in something. Recently, I read studies about acute stress disorder (ASD) and post traumatic stress disorder (PTSD), specifically for parents in the NICU. Through all the studies I found myself asking:

Do I have PTSD? Is this what has been going on all this time? 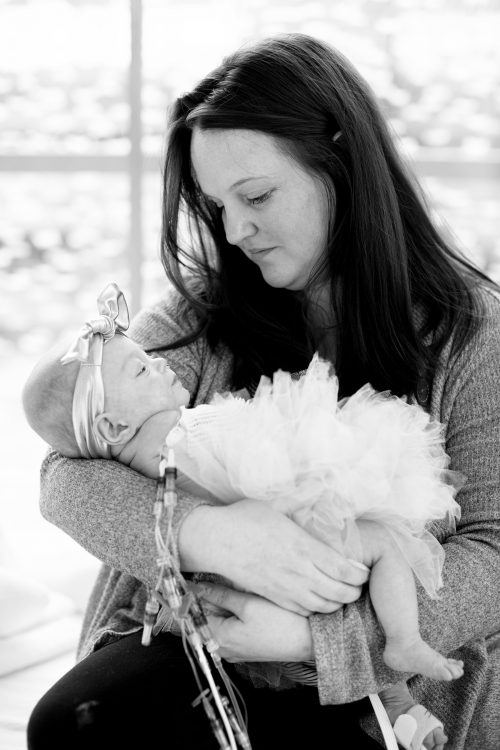 My daughter’s journey didn’t end with the NICU. We’ve spent countless months in the hospital. Each time we’re discharged, I have hospital hangover. Physically and emotionally, I feel like I did too many times in college, and unfortunately, I don’t have the good, fuzzy memories to compensate for feeling like death.

But, am I suffering from the effects of trauma? 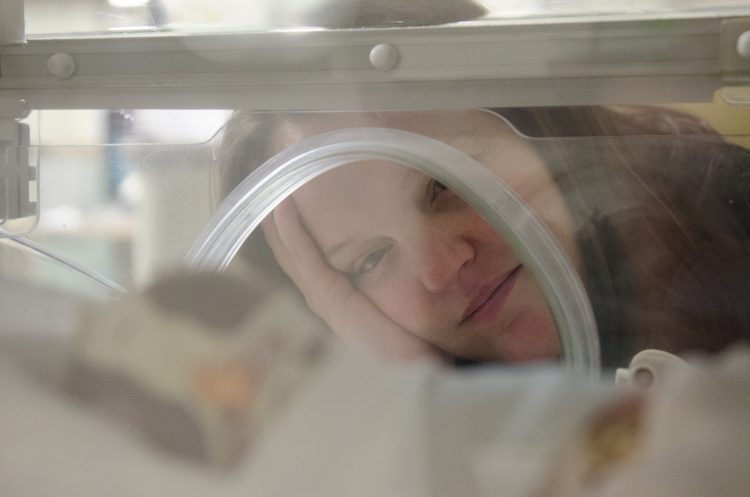 It has my mind going and I’ve kicked into full blown research mode. As a coping mechanism, I handle some of my stress by researching and reading studies. Real research, peer reviewed studies, the scientific stuff. When the doctor tells me my daughter had a pseudomonas infection, my reaction was to read the 47 page Infectious Disease Best Practices manual for central line infections to try to educate myself on the best course of action. More than once, I have jokingly hashtagged #nicuptsd, but it’s actually not a joke. And I think that maybe, just maybe, it’s something that is impacting me. Maybe you’re feeling the same way. Maybe, like me, you didn’t realize it. Maybe after you read what it is and you consider your current mental state and what you’ve been through and how you’ve reacted, you’ll come to the same conclusion I have. Even if you don’t, someone does. And it’s something we need to talk about more. 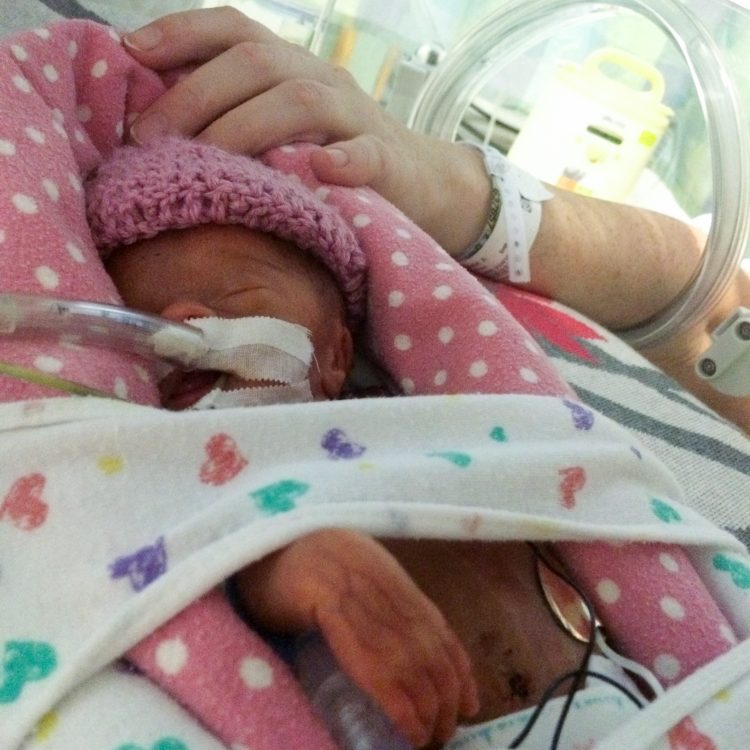 PTSD is an anxiety-based disorder that occurs when a person has experienced trauma, witnessed trauma, has been exposed to the details of a traumatic event experienced by another person or by repeated exposure to trauma. Trauma comes in many forms. Some are more immediately jarring, like what victims of violent crimes or soldiers sent off to war experience. Other instances of trauma creep up on you. They don’t feel immediately like trauma. I think being a parent with a kid in the NICU fits into that latter category.

No matter the trauma though, trauma is trauma and our brains react the same way to it. Signs and symptoms of PTSD include: flashbacks, nightmares, inability to concentrate, prolonged distress and physiological reactivity (like being jumpy or hyper-vigilant). ASD is an early manifestation of a response to trauma and the symptoms are similar to those of PTSD. Research has shown that 75 percent of parents who have ASD will eventually meet the criteria for PTSD within two  years after the traumatic event. For the purpose of this article and to make it an easier read, I’ll just call both of these things PTSD. I recognize there’s a difference and not everyone who has ASD will have PTSD. 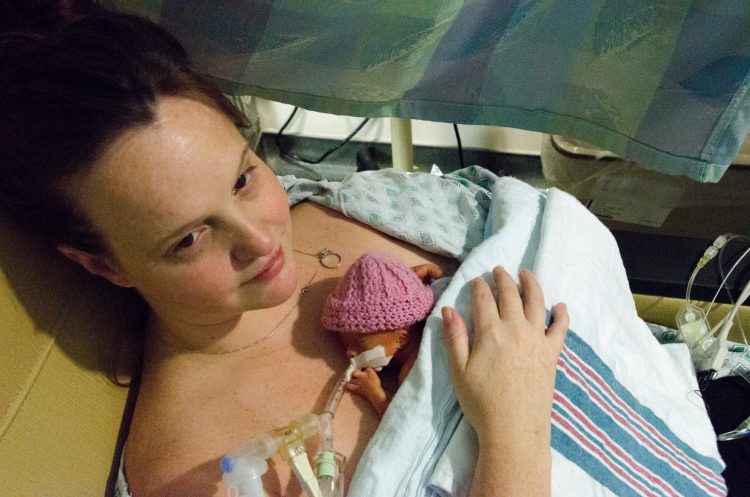 I’ve been thinking. When you’re in it, (sitting next to the isolette while your baby is struggling to survive) do you really have time to feel? Maybe I cried, freaked out at my husband, John, or worried constantly. But could I really process what was happening? I mean, truly process. Did I really have the time to grieve? Or did she go blue and stop breathing in John’s arms, need to be resuscitated, and I coped with it by immediately taking an infant CPR class and going home to host my family for Thanksgiving? And then did I simply wake up the next day and deal with the next traumatic event? Even in the moments of joy we had in the NICU, could I experience that elation of being a mother without feeling a pit in my stomach or a pang in my heart? And then there’s the guilt. The incredible, weighty guilt. That Italian, Catholic, mama guilt. Why couldn’t my body handle being pregnant? Everything she’s going through is because of me. Was I selfish to want a baby when this is the result? Maybe I couldn’t get pregnant for a reason. Guilt if I missed a diaper change, guilt that I couldn’t be the last person to kiss her goodnight, guilt that her nursery wasn’t done, guilt when I had to leave her every single day for 114 days. 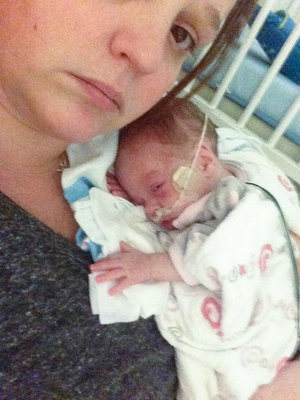 I knew I was a mess, crying every single day, feeling intense anxiety. But what mother wouldn’t feel this way when her baby was going through what Addie endured? As a new mother, I had to do post-partum screenings at the hospital and at the gyno. Each time, I’d come out with borderline post-partum depression. But how could I participate in a support group with women who couldn’t bond with their baby when all I wanted was for my baby to be home?

When I’m feeling stressed or anxious, I need to be in control. It’s why when I fight with John, I clean the house. It’s also why he waits a little bit to make up, “Now that you’ve finished cleaning out my closet, let me tell you how sorry I am.” But this was something I couldn’t control. I couldn’t control her care, I couldn’t control what happened to her, I couldn’t control a single, meaningful thing. I became the mother I used to complain about when I was a teacher. I hysterically cried when a nurse dressed her before I arrived for the day, since this was something I could control. Then I followed it up with a strongly worded email asking that no one else dress her unless her outfit was soiled. I had an anxiety attack when I was running late for one of her cares and asked the nurse to wait for me and she did them anyways. To her, she just changed my baby’s diaper, but to me, it felt like I failed as a mother.

Oh and I felt anger. A lot of anger. Rage, even. Anger at doctors for not looking close enough. Anger about trivial complaints from friends or family. Anger at stories of preemies who were now “perfectly fine.” Anger when someone would say what Adeline was experiencing was “normal for a preemie.” Anger if you didn’t help me. Anger if you offered to help me. Everything anyone said to me, I took personally. And aside from the occasional rage-induced blow-out with my mother or John, I buried it all deep inside me. 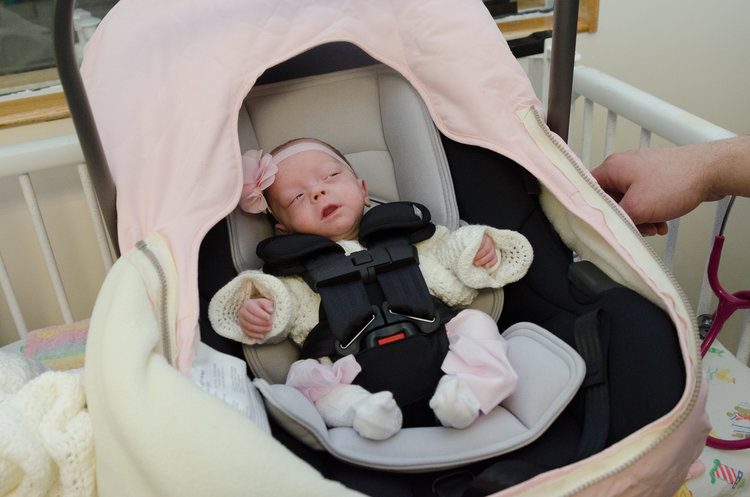 When Addie came home, everyone assumed the worst was behind us. But we were isolated, unable to have people over, unable to go out and unable to connect with my family, friends or even other moms. And Addie was really sick. Once she was home, I was constantly afraid she was going to die. Would she vomit on her feeds and aspirate? Would her heart monitor stop working and we wouldn’t know her heart had stopped? Would her stomach get too distended and prevent her lungs from working? Is she pooping enough? Is she gaining enough weight? I would wake up all hours of the night, gasping for air. Kind of like when you feel like you’re falling and startle yourself awake. Only you can’t breathe and you breathe yourself awake. If I didn’t hear her little preemie grunts, my first thought would be, “She is dead.”

Admittedly, to this day, I still try to convince myself this is normal. That any parent would feel the same way. But after reading through some of these studies, learning more about the signs and symptoms, maybe it’s not so “normal.”

WHAT DO THE SCIENCE NERDS SAY (RESEARCH) 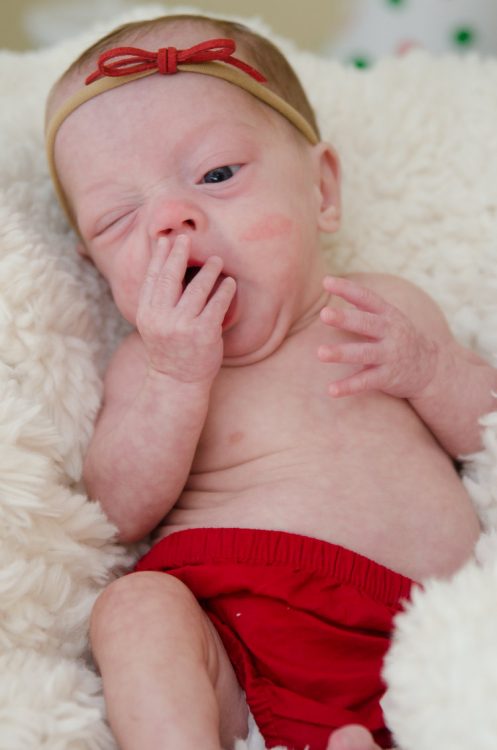 I was talking to someone about NICU Awareness and she mentioned how she didn’t think PTSD for parents of preemies was discussed enough. I really hadn’t heard much about it at all, so I started  to read and research. I read several studies and quite surprised at what I found. The likelihood of post-traumatic stress following childbirth, even in the absence of prematurity, is between 1.7–5.6 percent. PTSD following childbirth that results in a premature baby who spends at least 70 days in the NICU, ranges from 23 percent to 59 percent. What?! This makes sense. To add to that, how ill the infant was during the NICU hospitalization was directly related to mothers’ PTSD symptoms. The sicker the baby, the more likely they were to have PTSD. More interestingly, fathers showed a more delayed onset in their PTSD symptoms, but, by four months, were at even greater risk than mothers. This hit home for me personally, since my father suffers from PTSD after a traumatic event that occurred while he was working in the prison as a corrections officer. While attempting to get disability, he had to really fight his place of employment since his symptoms occurred six months following the event. Maternal education was positively associated with PTSD; each year of increase in education was associated with a 17 percent increase in the relative risk of PTSD. To sum it all up, at the high end, more than half of NICU parents will suffer from PTSD.

WHAT CAN WE DO 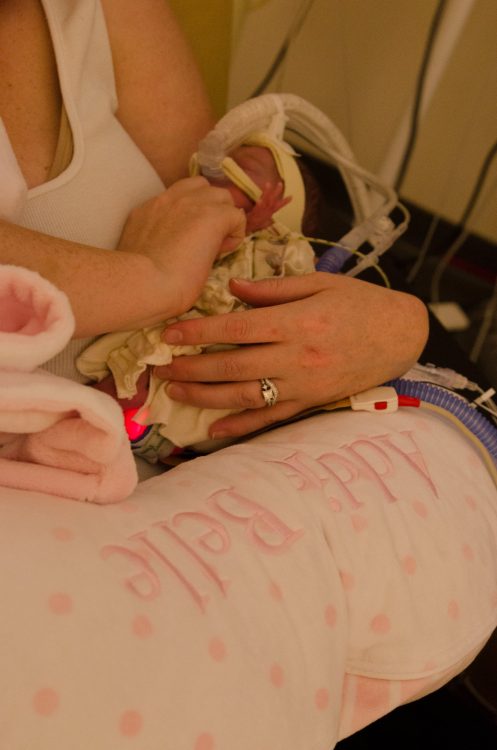 I think NICUs need to offer support for parents and try to prepare parents for the expected psychological reactions that may occur in the event of a NICU hospitalization and also to support parents during the transition to home care.  A study done at Stanford showed that a six-session intervention based on principles of trauma-focused CBT, paired with techniques developed to help enhance parenting confidence and alter negative parental perceptions of their premature infant, was successful in reducing maternal symptoms of trauma and depression four to five weeks after their infant’s birth. That’s a mouthful, borderlining on a run-on sentence, but it just means there are things that can be done to help.

If you think you may have PTSD, consult with a psychologist, psychiatrist or your physician about receiving counseling and/or medications that can help with PTSD. You can look for a support group locally or even on Facebook. Consider writing, journaling or talking about your experiences.

Through researching for this article and talking with my husband and parents, I’ve decided to find a counselor. Many of the feelings I was having I thought were typical, based on what I was going through. But that may not be the case, and it explains my days of crying after I accidentally broke Adeline’s toe. Maybe by sharing my experiences and the data I found, I can help something…or someone. Maybe  I can show another parent they aren’t alone in their feelings, in their experiences. Maybe this topic will be discussed more openly and it will help to normalize it. Maybe a NICU will think about how to also address the mental health of parents. Or maybe it’ll just help me. And if that’s all it does, it’ll help Addie. And that’s what it’s all about, right?