Hello, my name is Kristyl and I am a sickle cell warrior.

I am new to blogging, but I have read many of the articles posted by others with chronic illnesses and felt compelled to tell my story.

I have a hereditary disease called sickle cell anemia. Sickle cell is a genetic blood disease created by a mutation in the bone marrow that produces deformed and or deflated blood cells. I want to emphasize that people are born with sickle cell; it is not contagious or developed.

Instead of blood cells being round and full of oxygen, they become hard, sticky and crescent-like. When the deformed cells get stuck in blood vessels, they cause pain referred to as a “sickle cell crisis.” A sickle cell crisis can happen in any part of the body and can become as painful as child labor contractions. A pain crisis can be triggered by dehydration, stress, cold temperature and infections. Sometimes, they are simply unexplainable.

All sickle cell warriors describe their pain differently, but the most common description is a feeling of being stabbed repeatedly or beaten with a bat in the same location(s). As I child, I described my pain as knives stabbing me from the inside out. My younger sister, who also has the disease, described her pain as being beat with a spike. Other symptoms, to name a few, include fatigue, anemia, delayed growth, low immune system, stroke, seizures and heart attacks.

Imagine, a mother watching her 6-month-old child endure a similar level pain she just experienced months prior. Or being a 4-year-old and not being able to understand or articulate why everything hurts…

Sickle cell is the most common genetic disease in the world; effecting well over 100,000 people in America with over 1,000 babies born with it a year. It is most commonly found in people of African descent but also affects those of Asian Indian, Hispanic, Mediterranean and Middle Eastern descent. Simply put, blood diseases don’t see color and it’s time America understands that everyone needs to get tested for the trait.

Some of us are lucky enough to live relatively normal lives. Others, like myself, are constantly interrupted by the repetitive hospital trips, organ damage, pneumonia bouts and other random health disruptions. Sickle cell is unique because there are many different experiences of the same disease. Some warriors cannot remember not experiencing pain while others did not have their first crisis until their 20s. Sickle cell warriors do not have the exact same symptoms and we do not all look the same.

I have an invisible disease, and like most people with invisible diseases, people underestimate the level of pain and discomfort I experience. I have been told I was lazy, lying and seeking attention by people I once considered friends. I have been unfairly fired from a contracting job and berated by “professionals” who told me I was “using my disease to get by.” As if spending a week in the hospital, being poorly treated by nurses, ignored by doctors, and leaving the hospital early to take care of myself was some sort of “advantage.” As if getting ugly stares when I use my handicap placard or explaining to pharmacists over and over why I have a prescription for two different opiates is an “advantage.”

I am sharing my story because I’ve experienced a reoccurring lack of empathy. I’ve had people assume that if I am not in the hospital then I must be at home avoiding my responsibilities, when the truth is that I don’t go because most adult hospitals near me don’t know how to treat sickle cell patients. Imagine my frustration in the ER when a nurse or doctor asks me, “So, how long have you had sickle cell?” Then, picture my fear when I realize the person treating me, the person who holds the power of my treatment and possibly my life, doesn’t even know the basics of my disease. Most sickle cell related deaths are due to pain crisis not being aggressively treated in hospitals that turn into acute chest, organ damage, and eventually, organ failure or blockage.

Warriors go into hospitals knowing that we will often be responsible for educating the medical staff on our disease and hope that they will listen. I’ve been lucky enough to have a wonderful hematology team from 6 to 21-years-old, but do adult ER doctors bother to call Children’s Hospital to confirm what I’ve said to them? Unfortunately, that is not that case.

I also hope that educators and school administrators will take the time to listen as well. I’ve experienced an absurd amount of disability discrimination since middle school. So much so that mother sued my high school on two separate occasions, both due to the blatant denial of disability accommodations.

I am now 26 years old, a full-time doctoral student and full time working professional. Having a chronic illness does not mean that we do not want to work hard and contribute to our world. It means that we must do so differently than other people.

I ask that our readers realize the difference between empathy and sympathy, and understand that warriors do not want the latter. This article is for the school administrators, teachers, nurses, doctors, supervisors, and managers. I ask that you choose empathy over cynicism, and to ask questions before making assumptions. This is why we call ourselves warriors. We have been fighting to live and thrive since birth and will continue fighting, but with a little more empathy and understanding, perhaps we won’t have to. 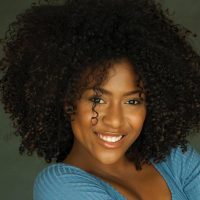