When My Healthcare Team Turned Me Away From Treatment

Not too long ago, I was in a session with my disability counselor. We came to the decision that hydrotherapy would be a good way of easing my way back into activity after my fibromyalgia in a safe environment. I brought this up with my GP, and she warned me I may not be accepted because of my weight and the safety restrictions. A week or so later, I was contacted by the therapies department at my local hospital to see a physiotherapist and move things along.

I went to my appointment, had all the normal tests done, and was told that because neurologically I was above 90%, I would be a candidate for hydrotherapy. I was given some exercises to do in the meantime, and went home to await my final appointment. I was anxious about the whole thing, but finally felt like things were going my way.

Everything was going well until I arrived for my induction, filled in another patient health form, and was asked to step on the scale. I was then told, in front of other patients, that I was too heavy to receive hydrotherapy because the equipment used in emergencies couldn’t be used on someone over 16 stone. Not only was I mortified that I was made to feel awful in front of complete strangers, but also that such a thing was allowed to happen in the first place.

My mum, who, thank goodness was with me at the time, was furious there appeared to be no communication between the physiotherapists and the hydrotherapists, despite both being in the same department. She also pointed out that other departments within the National Health Service (NHS) were making changes to accommodate larger patients, but the patient therapies department was not.

Not only did I leave feeling embarrassed about my weight (which has in part ballooned because I cannot do any activity due to my fibromyalgia), I was also left feeling like I was being blocked at every turn. The people who were meant to help me, were turning me away.

I am will always be glad to be part of the NHS, and am proud of the system, but this is not the first time I have felt let down by people who are meant to be helping me. I also doubt that I am alone. Not only did I take up an appointment someone else could have used, but I am still dealing with the mental effects of what happened to me in public, and with my healthcare professionals. 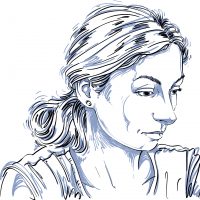