My 12 Days of Christmas With Breast Cancer

The following is an excerpt from “The Coconut Head’s Survival Guide: My Journey From Diagnosis to ‘I Do’” —

The doctors tell you that the three-week chemo cycle is the best, as you have the last seven days or so at the end to feel “normal” before the next cycle begins. This time around that was a bunch of hooey, as I’ve been sick every day during my “seven days of normal.”

I’m sick of being sick.

I remember one of the nurses warning me that most people are the worst going into their next-to-last treatment. But she cautioned, saying, “I think it’s mostly mental.”

Considering I’m armed with a psychology degree, beating the mental is like acing a freshmen-level class. Mind over matter — I just try to pretend I feel OK and put one foot in front of the other.

Plus, I have a very special chemo Christmas to look forward to.

On the 12th day of Christmas my oncologist gave to me…

Five days on the couch.

I’m going for a walk. Fake it ’til you make it.

This is an excerpt from “The Coconut Head’s Survival Guide: My Journey From Diagnosis to ‘I Do.’”

Share
or  Copy Link
Link copied to clipboard.
Be first
416 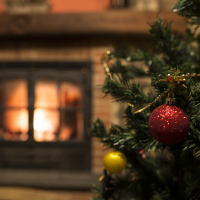