I need to talk about the elephant in the room when it comes to illness and disease. There is an ever-growing and really unwelcome undercurrent I am noticing. A rumble under the breath of those who do not wish to take the time to understand. A whisper behind the back. A raised eyebrow. A knowing nod that happens when chronic illness is the topic for discussion.

A simple conversation that stuck with me

A few years ago, a friend of mine and I were talking. She mentioned to me that a mutual friend was undergoing cancer treatment. It was terminal and she didn’t have much time left. We talked about how unfortunate it was and what we could do. The two of us offered suggestions of how to reach out. She and I understood our friend’s need for privacy but thought of ways we could impact her care in a positive way.

And then it came out…

“I think she must be dealing with so much negativity and this is how she got cancer. I believe the body knows when there is too much bad energy and the body just breaks down. She’s just not a very good person.”

The elephant in the room.

Unwelcome. Unprovoked. Unsolicited. Definitive. Stated as fact. I was dumbfounded and could not produce one single coherent sentence but did manage to cough out, “Oh, I’ve had nothing but positive experiences with her. I’m sure that’s not it.”

She “gave herself cancer.”

The sad completion to this story

Fast forward a couple of years and the very unfortunate reality is that that very friend, who spoke those words, also got cancer. She spent the entire time of her treatment and recovery in the depths of the most violent and negative spiral I have ever witnessed a human undergo and she could not get out of it. After all the treatments were over and she was deemed cancer-free, she still was left with a barrel of bad thoughts and negative energy. I cannot help but wonder if she painted herself with that same brush and it just didn’t sit well with her.

My perspective and how I deal with elephants

It has now been 22 months at the time of writing that I have been suffering from a spontaneous spinal CSF leak. There has not been one second, microsecond or fraction of a second that I have spent thinking I did this to myself.

But there are so many out there who will tell people that their attitude, their demeanor, their negativity has manifested their illness.

It is the elephant in the room and I would like to perhaps set the record straight on why people seem to think this and why they feel compelled to tell sick people that “they are sick because they made themselves sick.”

A few of the facts

There is mounting and growing evidence that if you have unresolved conflict or hurt that it can weaken your immune system. There are also medical studies going on to look at the adverse effects of childhood trauma and how it impacts overall health as people age. This in a nutshell means that if you had a very difficult time in your formative years, there is a possibility that the building blocks that make up your body were weakened or compromised in some way. (Yes, this does mean that what happened to you can impact your health.) It also points to the connection between emotional pain and cancer and other autoimmune diseases.

Yet, there are people in the blogosphere, “health” advocate articles and websites that deal with karmic energies and transcending illness who will tell people “you gave yourself cancer or fibromyalgia or chronic fatigue syndrome.” This is not only very untrue, it can be very harmful to those most vulnerable.

Here is the takeaway as I see it

I really want people to understand these three truths:

1. A lot of those websites are written by normal, everyday people just like me who are not authorities on medical issues and have no place dispensing medical advice.

2. Those folks have no idea what you are going through and if they did they might not say such things.

3. People have completely misconstrued the meaning of having a compromised system due to trauma or hurt while the body was developing.

Let’s get beyond the elephant

I want anyone with a chronic illness to forget the elephant in the room and just trust that you have the strength and the wisdom within yourself to get better and to be healthy again someday! What you need to know is that there are groups out there in the real world, and groups in here in the cyber-world, who want to honor your feelings and get you back to health too. And I want you to know that there are websites and communities such as The Mighty
where a whole lot of wonderful people are sharing their experiences with illness. Their aim is to help people just like you and me as we try to figure out how to get help.

There really is no elephant in the room… it’s just a bunch of folks who do not have any idea what you’re going through and they just might be better off sending you positive energy and healing vibes!

…and besides… I love elephants… I don’t want them to have a bad rep! 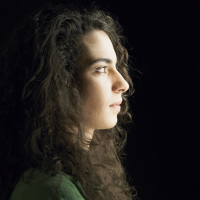