I feel conflicted about awareness initiatives like World Cancer Day. I am a person who endured breast cancer treatment last year. My diagnosis was on February 6, 2017, so my oddly-termed “anniversary” is two days from now. The scar on my breast and the pain under my arm means I am very aware of cancer. I have not forgotten it.

I also am uncomfortable with whole concept of Breast Cancer Month. I stand in fear at the grocery store the entire month of October fretting that I will be asked for a donation for breast cancer and I will either burst into tears or explode into a rage. I’d sputter out, “I had cancer. Now you want me to give money too?” in between my sobs to the poor unsuspecting cashier. Awareness days can do that to people who have had cancer.

I hazard a guess that we are all aware of cancer. I’d say the world is too aware of many types of cancer, especially breast cancer. Breast cancer has led to a proliferation of pink merchandise and pink ribbons everywhere. In my experience, that awareness doesn’t help with dispel fear — in fact, it might feed it. Many people were afraid of my cancer. I lost friends and family members who seemed to think cancer was contagious, or saw me as an unwanted reminder of their own mortality. They were so aware of cancer that they were terrified of it.

When I first was diagnosed with breast cancer, I thought to myself, “Well at least I won’t have to explain it to anybody.” That much was true. The response after the initial flurry of flower deliveries at diagnosis was mostly silence. Someone told me, “Well, it is just your turn to get cancer,” like it was no big deal.

That did not leave me immune to judgment about how it was my fault that I got cancer. “Maybe you will adopt a healthier lifestyle,” someone chirped at me, implying my supposedly unhealthy lifestyle caused my cancer. The news was full of articles telling me the reason I got cancer was because I was too fat, I didn’t exercise enough and/or I drank too much. I went to a workshop at a “supportive” cancer organization, only to be lectured on all the ways I had caused my own cancer and how I’d better change to a vegan-based diet and start exercising obsessively if I didn’t want a recurrence. Many folks seemed more aware of the specific reasons I got cancer than my oncologists did and didn’t mind telling me about it.

However, awareness of cancer’s mental and emotional after-effects is low. Even women who had breast cancer told me to just forget about it after treatment and get on with my life. The residual post-traumatic stress I acquired from painful hospital experiences and accompanying identity crisis from facing my own mortality were something nobody wanted to be aware of. Cancer doesn’t need more awareness, but the collateral mental health damage from having a cancer diagnosis certainly does.

Breast cancer suffers from overexposure, except in one area — metastatic breast cancer. This is cancer that has spread from the breast to other organs in the body. In the US, there are 150,000 women living with breast cancer and that number is rising.  (Reference: https://www.cancer.gov/news-events/press-releases/2017/metastatic-breast-cancer-survival-rates). Treatment and support for these women is sorely lacking.

There are many other ignored cancers — lung cancer, colon cancers and pancreatic cancer — that don’t receive the research funding that breast cancer does. World Cancer Day is a good day to become aware of these forgotten cancers. Then I think of conditions that aren’t cancer that are dismissed and invisible: Myalgic Encephalopathy (ME/Chronic Fatigue Syndrome), inflammatory infections like Lyme disease and quite frankly, all mental health issues. They could use some of our love too.

How about on World Cancer Day let’s move beyond awareness. Why don’t we take the time to pause to think of people who are struggling in some way, any way. Let’s take today not to become more aware of cancer, but to not turn away from people’s pain and reach out towards them with love instead. In fact, this compassionate approach would be a sound philosophy to adopt every single day, not just on February 4th. 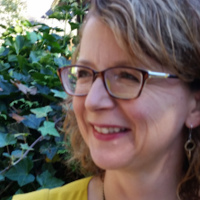