The Problem With Treating Our Trauma Survivors Like Spokespeople

I think we are reckless with the word trauma and its derivatives in our culture. There is little sense of reverence for truly traumatic experiences. Because of the ways in which our culture misrepresents those with mental health experiences, when someone comes forward often times they’re not just stepping out of the darkness, but onto a stage with a spotlight — tasked with becoming an educator for the public. There’s tremendous challenge in asking a survivor to become an educator. First and foremost, we are assuming that survivor has come to peace with her story. Second, we are assuming they have the language to use, the words to describe her life shattering and the ways in which the shards of glass still cut deep. Third, we are assuming they want to talk about her experiences. In all of that assuming, we disempower them. The coming out, the journey from surviving to thriving, is no longer hers, but ours.

I think that’s the most problematic part: the ways we disempower survivors of trauma. I was talking with a friend yesterday. In her early 30s, she has survived horrific events including a church shooting. She shared the impetus behind her self-injury: “So often I’m told that it’s in my head and I need more faith. That’s why I want my inside scars on the outside [so people can see them].” We have created a culture in which rather than believing individuals with experiences of trauma, we further burden these individuals to prove the worthiness, the legitimacy, of their trauma. That must stop.

Here’s how we shift things:

1. We recognize people are like plants. While some plants can’t catch a draft, others survive in the driest of deserts. When it comes to trauma, we hardly ever have all the facts. The nature of the trauma — single incident or ongoing, the severity of the trauma, the age at which the trauma occurred, the trauma in context — was this the first experience of trauma or yet another traumatic experience in a series of lifelong events, the resources available to the individual at the time, the individual’s psychoneurobiological make-up… all of these factors, and so many more, shape the experience of trauma and how an individual moves forward. Just like there are no strong or weak plants, there are no strong or weak people, just people with different constitutions doing their best to adapt to the harsh conditions of our world.

2. We acknowledge trauma can happen to any of us and it does. Trauma personally affects approximately two out of every three people. It does not discriminate by age, gender or ethnicity. Parental mental illness including substance use, violence in the home and food instability are traumatic events happening to children in our country this very second. Women typically experience interpersonal violence such as sexual assault more than men, but men experience the aftermath of combat more than women. Trauma all the same. In developed countries, we wake during anesthetized medical procedures, our bodies unable to move but our minds running wild. In countries ravaged by war, poverty and ethnic cleansing there are families tasked with leaving all they have ever known in search of safety. Trauma all the same. Loss (homicide, suicide, natural death and miscarriage). Natural disasters. Physical, emotional or financial injury. Trauma all the same. The point is not to hold court and deem which trauma really is the worst. The point is to realize no one is immune and, by extension, it is no one’s fault.

3. We realize there’s really never been greater mismatch. The trauma response is wired in the oldest part of our brain, well before we had such a fancy thing as the prefrontal cortex. Trauma does not know time, but instead it is context dependent. In the face of threat, a response was demanded from our ancestors in less than a fraction of a second. There was no time for evaluating the potential mercy of this saber tooth tiger compared to the last that gave chase. Not even a moment for pause to remember last time we successfully outran death. The fight-flight-freeze response to trauma was evolutionarily adaptive except until about now. If we are not careful, we can find ourselves living in a constant state of threat; non-stop news coverage of the latest mass shooting transports him right back to the very instant his father murdered his mother with a gun. The sense of danger can be never-ending, the oldest part of our brain perpetually activated, alert.

4. We become listeners. Parents are now encouraged to discuss body safety with their children, early and routinely! In the very same discussions it is recommended that parents help kids identify at least five trustworthy adults such that there’s no “secret” that must be kept. Children and grown-ups alike need confidants. Some things that happen to us are far too heavy to be carried alone. So, we do what it takes to let our loved ones know we are safe and we are listening.

5. We advocate. Rather than treating each survivor as a spokesperson, we take it upon ourselves to learn. We access resources made available by the Substance Abuse and Mental Health Services Administration, National Child Traumatic Stress Network and grassroots organizations. We appreciate the relational consequences of trauma, isolating an individual from loved ones, overwhelmed by feelings of shame and blame. We understand our role, not as judge or juror, but as partner, friend, sibling, co-worker, neighbor.

Imagine if every awful and devastating thing that ever happened to each us was visible to the world. Our inside scars seen from the outside as my friend would say. Imagine the care we would take with each other. 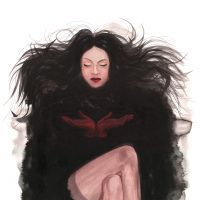