How I Discovered My Skin Picking Was Actually a Disorder

I’ve done it for as long as I can remember, at least since I was a spotty teenager and my boyfriend used to comment on it, when I didn’t think much of it. I’d pick at my blemishes and rip them open, trying desperately to make them feel smooth. They’d bleed. I’d try to keep it to myself but people who noticed would say I’d give myself scars all over my face. Thankfully I’ve been pretty lucky on that front; I only have a tiny one on my nose. Once, someone spotted me picking a blemish on my nose in math class, incorrectly assuming I was picking my nostrils and shouted it out to everyone, which was humiliating. It is now 15 years later and I haven’t stopped. In this time, I’ve been able to self-reflect on this activity and why I do it.

While I was in school, I used to self-harm and I did give myself scars from doing this. I managed to stop with support from my boyfriend at the time, but because I didn’t really consider the picking of my skin to be part of the same problem, I continued doing it instead, probably more so than before. This was especially prevalent when my then-boyfriend and I split up; he was my first love and it hurt a lot, one of those ones where it tears you up for years. A friend noticed me going over and over the small scabs I’d created across my cheeks, checking and re-checking them for any edges to pick at. I said I was doing it because I was upset and they didn’t press any further. After that I went to college, university and then spent a long time alone, just trying to block things out with computer games, but since my move to Scotland and trying to recover, I’ve been reflecting on my skin picking.

It was with this reflection that I Googled it, finding out it was an actual thing recognized in the medical community as dermatillomania or excoriation disorder. I spoke with a close friend about it and she said she recognized some of her habits on the website description I shared with her. It was so strange to me that my lifetime “habit” was considered a disorder, said to be triggered by anxiety.

Even though I knew that, I just viewed it as something I did, not that it would have a name. I now talk about it as part of my anxiety and how it affects me in a physical way, whereas I might not have before since I only saw it as a habit. This has been helpful, but I don’t do it any less. I do it when I am thinking, when I am anxious, when I am lonely and when I am trying to sleep, just to name a few times. I get nervous about social events, pick my skin, and then I am nervous that people will notice the scabs on my face so I do it even more. It is a horrible cycle.

My partner tries to help by moving my hand away from my face when I do it, but the more he does it, the more my tension grows and I just want to do it more. He says I can scratch his arm instead, and I do it lightly, but I don’t like hurting him and so after a while, I will just go back to my own skin so I can get in deep.

I don’t wear makeup — I never have and I have no idea how to apply it — so I don’t cover these scabs up with foundation or anything. If I did that, I would probably just wipe the makeup off while picking them anyway and it would look even more like a mess. It makes me nervous about photos, and my passport photo shows a number of scabs on my face, which is unfortunate… but passport photos never look great, so there is that, I guess. They’re on my face and they’re embarrassing and that’s that. People don’t seem to notice them, but they might, though they’ve not said anything to me about them.

The people I have spoken to about them relate in some way; either they do it themselves or have known someone who does it, but I do think others may be quite surprised that this can be the result of anxiety. It isn’t exactly the first thing you think of. I know I didn’t make the complete connection right away, anyway. So I share them, photo and all, in order to highlight this unexpected symptom of anxiety. 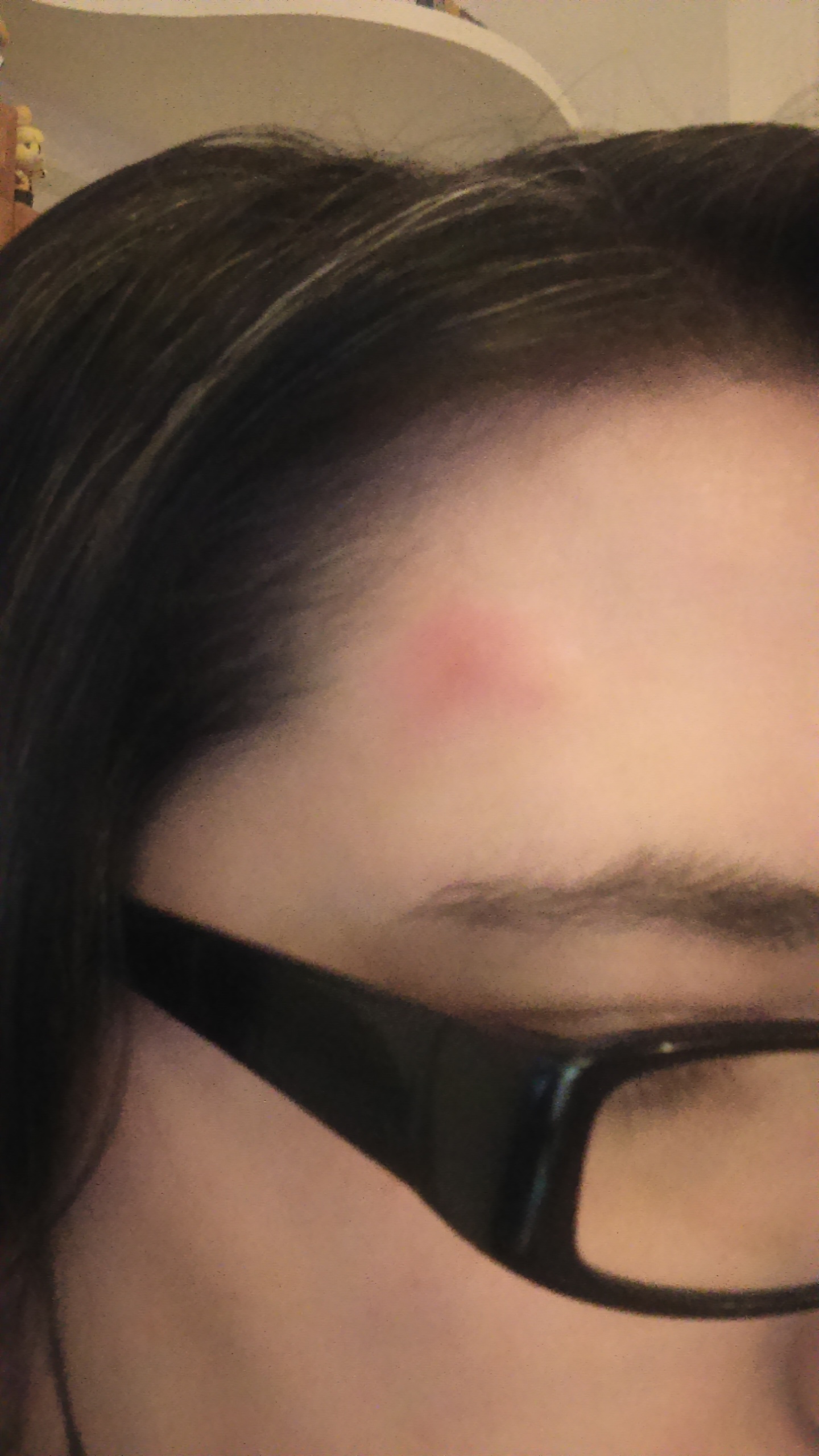