The Difficulties of Living With Comorbid Mental Illnesses

If you have been in, or currently are in treatment for your mental illness, you may have heard of the term comorbidity. It’s when you have two or more chronic illnesses simultaneously, and it can affect your life in a number of ways.

For me, it meant that since going to treatment under the Children’s Health Insurance Program (CHIP) as a 16-year-old, the revolving door of psych residents scratched their heads as they tried to figure out what was wrong with me. It meant they couldn’t prescribe me any medication because what might help my depression might not help my eating disorder, and what might address the two might end up being a nightmare for my anxiety.

I got on Medicaid at 20 years old after being out of treatment for two years, and pretty much had to start over. This meant repeating my life story over and over again. It meant being handed a whole variety bag of diagnoses: bipolar II, borderline personality disorder, anxiety, complex post-traumatic stress disorder, post-traumatic stress disorder, bulimia, anorexia, EDNOS, body dysmorphic disorder, major depressive disorder, treatment resistant depression and dysthymic disorder. It meant trying an onslaught of medications as me and my treatment team crossed our fingers and hoped for the best. It meant EKGs, physical exams and hospitalizations. It meant going to appointment after appointment, only to come home with more questions than answers. It meant having professionals question my character, get frustrated and upset with me, as if I was purposely trying to be “difficult” — as if anyone would ask for a life like this. It meant questioning myself and asking over and over again, “What is wrong with me? What did I do to deserve this? Am I not doing enough? Am I not trying hard enough?”

Nearly four years later, I still have more questions than answers. My treatment team has settled with major depressive disorder, dysthymic disorder, borderline personality disorder, body dysmorphic disorder with some kind of anxiety disorder, an eating disorder that doesn’t quite fit under a label, possibly PTSD and “probably fibromyalgia.” This very scientific and precise list of diagnoses is the result of years of treatment and dozens of medical professionals. I am privileged enough to live in a state where I qualify for Medicaid and a city where I have access to queer medical professionals of color. However, when you have comorbid illnesses, sometimes you require specialists that don’t accept Medicaid. Sometimes, getting the “right” diagnoses takes too long that even if you had coverage in the past, by the time they figure out what’s wrong, you’re no longer covered. Sometimes you require a special “medical cocktail” that isn’t covered.

For those with comorbidity like me, treatment and recovery can be an exhausting and very disheartening process — not to mention terrifying. Despite being on Medicaid, I’m running out of medications to try, because comorbidity tends to complicate things. My body takes a hit from the amount of medications, because unlike those who don’t struggle with comorbid illnesses, one or two medications just aren’t enough; and in this current state of medicine, a growing number of professionals are not accepting Medicaid, let alone any insurance. An already difficult process is becoming seemingly impossible. Clinical studies that offer free treatment don’t always accept patients that have comorbid illnesses either.

Comorbidity and the gradual decline of my shell have had a huge impact on my life. I went from being a extroverted social butterfly — involved in everything —  to a hermit that rarely goes out. Getting good grades and running on empty was easy because even with maladaptive behaviors and destructive impulses, I was still hustling. But I’ve academically discharged for not being able to attend classes and I don’t even have the energy to be the same kind of impulsive, high-on-life kind of girl I used to be. I feel like a shell of who I was — if that person even existed. I feel as if I will never recover, which can make me feel suicidal. If I’m this messed up and people who have gone through decades of schooling can’t help me, what hope do I possibly have?

But there is hope.

No matter how small, there is hope. I’m writing this not only to give others a glimpse in to what life with comorbid mental illnesses is like, but to also tell those like me that: You are not alone in this journey, and you absolutely do not deserve to be subjected to any of this. There are people researching every day, new modes of therapy are being tested and new medications are coming out. Within the time I’ve been in and out of treatment, medical professionals have a better understanding of mental illnesses and comorbidity: they are making connections to chronic illnesses and pain, and they are looking at how adverse childhood experiences affects comorbidity.

I know it’s difficult and I know how draining it is. But there is hope, you are not alone and we will persevere. 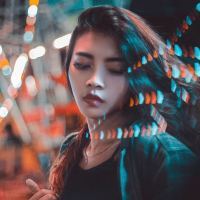