Medications can help us function and prevent some illnesses from getting worse. But medications are complicated, and even when they work for you, they may come with side effects that you have to either live with or cause you to go searching for a new medication. Side effects don’t always happen right away, either. Some take months or years to develop.

The whites of a 70-year-old man’s eyes began to turn blue after taking minocycline for over 15 years. The man, who was not named in the case study in The New England Journal of Medicine, was taking the antibiotic to treat his inflammatory arthritis.

The man also had a blue tint on his ears. He did not have any related issues with his vision or eyes, but the blue tint appears to be permanent as his eyes are still blue a year after being diagnosed with minocycline-induced pigmentation.

There are three types of pigmentation caused by long-term antibiotic use. The first, and most common, is blue discoloration in areas surrounding old scars or places of previous inflammation. The second type is typically found on the legs and appears blueish-gray. The third results in a brown discoloration on areas of skin that have been exposed to the sun.

Minocycline is typically prescribed to combat acne, though it is sometimes prescribed for mild or early rheumatoid arthritis. Scientists believe the medication benefits some people with arthritis because of its anti-inflammatory properties.

While developing blue in your eyes after taking a medication is extreme, side effects happen all the time, especially if you have a chronic illness or take medications frequently.

The Mighty asked our chronic illness community if they’ve experienced unusual side effects and what their experiences have been like.

After Patricia Hamel started taking a certain nerve pain medication, she lost her eyesight but was able to fully regain it over a year later.

“My vision started fading one evening,” Hamel said. “Within hours I was completely blind. All I saw was gray. Just a blank, gray slate. Stopped the meds (under medical supervision), and my vision slowly started to come back. Two weeks later it was like watching a very static-filled television — everything was fuzzy and gray, but I could make out shapes.”

Samantha Ahearn developed vasculitis after trying multiple TNF inhibitors, which are used to treat many autoimmune diseases. Vasculitis is inflammation of blood vessels that prevents organs and tissues from getting enough blood flow.

“I have severe ankylosing spondylitis and Crohn’s, and the vasculitis is the worst pain I have ever felt,” Ahearn said. “It took years for doctors to agree the TNF blockers were the cause. Since stopping treatment with them (I’ve tried literally every one in existence) I haven’t had any vasculitis flares.”

If you experience side effects, or even if something feels “off,” but you aren’t sure what’s going on, let your doctor know.

Lyssa Ann Avalon said it is best not to assume something is “just a side effect” and get it checked out. She experienced tardive dyskinesia as a side effect, which causes involuntary movements and can become chronic.

“The experience was very terrifying! If you don’t feel ‘yourself’ on a medication, don’t hesitate to mention it to a doctor,” she said.

Anecdotes from others taking a medication you’re considering could help you know what to expect in some ways, but don’t let another person’s negative experience keep you from seeking the treatment you may need.

Photo via The New England Journal of Medicine 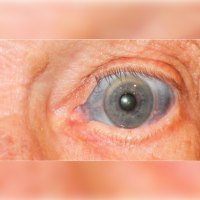