When I began recovery from anorexia, I found that I had to compartmentalize it’s different elements for me to even consider it at all. I decided I was willing to challenge my rigid rules around food and my attachment to exercise, however, accepting the changes in my body was something I flatly refused to deal with. I went from obsessively body checking, to avoiding my body completely — and I mean completely. Having a shower, getting changed and even having sex became a torturous exercise in avoiding viewing myself from the shoulders down at all costs. It’s not until recently (having been weight restored for two years) that I have made small steps to accept my body at a healthy weight.

There was no conscious decision on my part to make this change, but it was rather a matter of noticing changes in my healthy body. After years of not having my period, I have had to adjust to feeling heavier and more bloated when it comes. A year ago, I would have worried immediately that this hormonal change meant a permanent weight gain and my reaction would have been to restrict or revert to a rigorous exercise routine. Now, I have found that my mind is more curious when my weight fluctuates. Equally, when I was ill and dehydrated last week, I didn’t get the thrill of “feeling thinner;” but instead, I realized that I needed to look after myself a little better.

For me, and I’m sure many others, anorexia and any eating disorder behaviors that still linger have been about punishing myself or retreating to safety when things feel too difficult. I’ve now moved to a stage in my recovery that I never expected: a sense of being in tune with how my body works and evolves on a daily basis. I still struggle with how different my body has become, but now I feel I’m working toward a space where I can notice rather than judge.

Recovery from an eating disorder is one the hardest things I’ve ever done, but the more I endure it, the more I trust the process that has taught me so much.

Share
or  Copy Link
Link copied to clipboard.
Be first
185 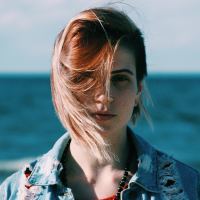