How My Disease Management Includes Me Addressing My Fears

I have been chronically ill for over 20 years. I have had time to get used to the idea that my illness has times where it is very expressive, called flare-ups, and times when it is basically asleep (remission). For many years, I worked while I was ill. I raised a family. I ushered for my local theater and enjoyed being able to watch the broadway shows that came to town. But as my illness is progressive, that all gradually ended. My kids are grown, I had to stop working, and the amount of walking and standing required to usher became too much.

As far as chronic illnesses go, this is all to be expected. I did my research. I knew what my disease could do. I applied for disability and eventually got it. All I needed to do was refigure my life now as someone who was much more home-based.

At first, it was easy. I now write, and as someone with two kids and a job, I had not made time for this pursuit earlier in my life. I also started doing our family tree. Imagine my surprise finding out I am related to the woman credited with the invention of the striptease! As a way to get out of the house and give of my time, I became a kitten cuddler for a local rescue group.

But even with all this preparation, there was something I didn’t realize. Being home-based is incredibly isolating. On the surface, that seems like a no brainer. You are home. Not at work with co-workers and associates anymore, but home. And yes, there is the internet where Facebook and Instagram can keep you in touch and informed, but you are still alone. And that is something I didn’t realize would end up causing me fear.

You see, we usually consider fear as being about the unknown. Pretty much every horror movie gets reactions from the notion of something unknown coming after us. Maybe something is making noises down in the basement and we have no clue what it is. And because we are sick, it scares us because we think we are too weak to take care of it. OK, this would have scared me before I was sick! But this is not the fear I just experienced. I experienced the fear of being alone. Literally.

You see, although I do not live alone, during the day, I am alone. My husband works and the one son who still lives at home also works. And we only own two cars, so I do not have access to a vehicle in an emergency. That’s not necessarily an issue in and of itself. If I was in a real emergency, I probably shouldn’t be driving, right? But today, I also did not have access to my phone. The battery has finally decided to go completely and not hold any charge.  I have no way of communicating with anyone. And that scares me.

The thought of being alone and in need of help due to my disease flaring up, or a fall, or another back fracture scares me more than anything else I can think of. And this is something I never considered in all the time I have been home-based. Truthfully, this should be one of the first things I thought of. Especially with no car available.

It will be now. I will be getting a new phone, I am due for an upgrade, but I will also be asking about batteries. I want to know how long an extra battery will last if I keep it in a drawer. I do not want to be in this situation again. I want to be able to replace the dead battery with one that will at least get me through for awhile. You see, I also woke up with a migraine today. Or a neuralgic headache. And I may have needed treatment. Without my phone, I could not get it. And that is the reason for my intense fear today.

So from now on, disease management will include lots of stuff I hadn’t previously thought of. I consider myself well prepared usually. After all, I do have 23 years under my belt with this illness. But I guess everyone has a time when their disease is going smack them in the head and say, “I’m still smarter than you are.” And this is why I write. Maybe my experience will help someone from being stuck when they really need it.

For now, I will just keep on learning. And writing! 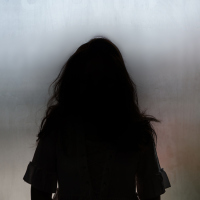