While flying United Airlines with her sister, singer Dua Lipa informed a flight attendant that her sister has a severe nut allergy. The attendant told her it’s not a “not a nut free airline so if she has an epi pen she might have to use that,” Lipa shared Wednesday on Twitter.

The attendant also told Lipa that the attendants would still serve the passengers near them peanuts. The Twitter account for United Airlines responded to Lipa’s tweet, stating that, “Passenger safety is our top priority. We can’t guarantee an allergen-free environment but we work to address allergy concerns onboard ie we don’t serve pre-packaged peanuts.”

Passenger safety is our top priority. We can’t guarantee an allergen-free environment but we work to address allergy concerns onboard ie we don’t serve pre-packaged peanuts. We want to address your concerns so let’s connect when you land. We’ll contact our in-flight crew too. ^SV

While airlines can choose not to serve peanuts, they cannot stop passengers from bringing food containing allergens onboard. United advises passengers to tell flight attendants of a severe allergy, like Lipa did. Attendants can then request that other passengers refrain from opening or eating food brought onboard with the known allergen. This is not what the flight attendant told Lipa, according to her tweet.

Fans of the singer responded on Twitter, sharing their own stories of flying with food allergies and asking airlines to do better.

My girlfriend has a severe nut allergy. Flights from between U.K. and Australia are the worst. Getting told to order food at your own risk or only being allowed a fruit salad for a 14 hour flight.. how hard would it be to have nut free meals on all flights!?!

Do you understand how a severe nut allergy works? Even being in a plane where a packet is opened at the other end of the plane is potentially fatal. “Bring your own food” really doesn’t cut it.

It’s the reality for those living with #nutallergy in the world. Many bad airlines that couldn’t care less and clearly dont risk assess. Imagine alone the cost of diverting a plane should someone have Anaphylaxis. Its not just give Adrenaline pen and carry on ???? Hospital ASAP

I suffer with this issue when travelling around the world. Do they not realise, using the epi pen means the flight gets grounded ASAP and everyone is delayed? ???? potential death over someone’s snack is a JOKE

Recently, Southwest Airlines decided to stop serving peanuts on flights starting Aug. 1. The decision was in an effort to keep passengers safe after a 9-year-old boy had an allergic reaction onboard.

Correction: A recent version of this article stated that the 9-year-old boy on the Southwest flight died. He had an allergic reaction, but did not die. 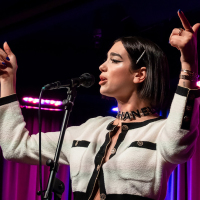