If you live with a physical difference, you know the stares.

Go into a restaurant? There’s someone watching your every move.

Visit a new church? You likely won’t leave the parking lot without another glance lingering a little too long.

Living with a facial difference my whole life, I’ve come to realize there are a few specific types of stares:

5. “I know someone else with the same kind of birthmark you have, and I think you’re so beautiful.”

6. “Look at her face” mockery stare, with a side of laughter to go along with it.

7. The accidental  “I don’t realize I’m staring at you” stare, which may be them just gazing your way – without even noticing the physical difference.

8. “I know you just caught me staring at you, but I’m gonna keep staring at you anyway.” With this stare, they may not of realized they were doing it initially – although some are intentional from the get-go. But eventually they get the “Oh, oops!” look after they realize they’re caught, or they realize what they were doing. But even though they now know what they’re doing, they keep staring anyway and become intentional with the act.

9. “I’m trying to understand what I’m seeing right now”  – which is more common from children, with a dash of the curious stare. They’re curious, they may just not realize just yet that staring isn’t a kind way to go about their curiosity, because someone just hasn’t taught them that just yet.

11. The “motion detector” stare – when the person’s stare follows your every move.

12. When people invade your personal space, while staring at you – following you like a shadow, taking every step you take, staying a little too close too long.

1. Make funny faces at them.

2. Ask, “I noticed you looking at me today. I’m terrible with faces sometimes – do I know you from somewhere?”

3. As a child, my mom gave me some the best advice that I carry with me to this day. At the age of 5 or 6, she couldn’t prevent me from seeing a man stare at me. Whatever the situation was, she couldn’t stand in front of them to block my view, nor distract me. (And she always tried her best, and still does…Even though I’m taller than her, and can see stares above her head.) Quick witted infused with wisdom, she told me, “I know what they’re doing is uncomfortable and unkind, but what if you smile at them? What if they’re having the worst day of their life today, and you’re the only one to smile at them? What if you end up making a friend?”

4. Unleash all the swag.

5. Wave at them if they’re in another car next to you at a red light, or if they’re several feet away from you.

6. Do a stare down. Depending on my mood and energy level, the type of stares I’m receiving, or if I’ve had a lot of comments and stares that day – this one can be more common than I care to admit.

8. Walk away from the situation, if possible.

12. If someone’s staring is making you super uncomfortable, write them a note.

While eating lunch, I once had a man stare at me for a solid 30 minutes, and I almost asked to be moved to another table…And I’ve never felt the need to ask that before. At one point he even did the, “Oh shoot, I just got caught” face, and he’d look away – just to start at me again. But instead, I borrowed a pen and pieces of paper from the waitress and wrote the man a note. I kept it kind and simple, and introduced myself in the note. I even explained it was OK for him to be curious, but not OK for him to stare at me, and that he needed to see me as a person – not a birthmark.

This is probably the boldest response I’ve ever given, and the most controversial. But, the people who disapproved weren’t there, and I probably could have done better with some of the details before hitting the “post button.” I also shared the note with people close to me, and explained the situation to them before asking the waitress to give the note to the man. Had they told me it wouldn’t be a good move, these are the people I trust to call me out on it and who have a right to say so…But given what was happening, all agreed it was appropriate.

Some people asked, “What if he thought you were beautiful?”

2. He was sitting by his parents…and his wife.

3. And if he did think I was beautiful, no man should stare at a beautiful woman so long that it makes her uncomfortable and makes he feel as though she needs to switch seats.

13. Ask them if they have any questions.

14. Tell them they should see the other guy.

15. Ask, “You keep staring – is there something on my face?” This is especially relevant if you have a facial difference, and it adds more humor to the situation.

17. Sing a song. My stanza option? The song that reads:

20. Bluntly tell them they’re being awkward.

21. Tell them to stop staring. And depending on the situation, you can either ask kindly or be firm.

22. Make a joke – but don’t make it self-depreciating. I usually have birthmark jokes ready to go for a variety of situations.

23. Tell them to take a picture because it lasts longer.

24. Hold a sign up to your face with information about your illness, or follow these celebrity’s lead and hold up a sign about organizations people should pay more attention to.

25. Often when people stare, they forget about boundaries and personal space. If that becomes an issue, just do this…

However you choose to respond, know that it’s OK. If you share about these experiences (whether it be about stares or comments people make about you) on social media or publicly, and you share your response, it’s possible people will try and tell you that you were in the wrong for how you handled the situation. The more I share about these experiences, and the bolder I become in how I stand up for myself, the more “you were wrong to do that” feedback I get…But that feedback is 99.9 percent from people who don’t have a physical difference, who don’t know me very well.

And here’s the thing – you have the right to stand up for yourself however you deem necessary. You know the full experience in a way others don’t, especially if they weren’t there. You have the right to be as bold as you decide is appropriate. It’s OK to tell people, “This isn’t OK” – whether you say it with humor, boldness, or bluntness.

If you live with a physical difference, how do you respond when people stare at you? 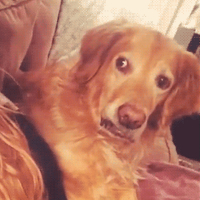